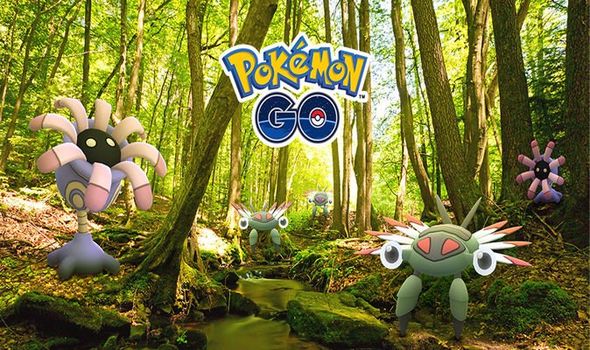 New Shiny Pokemon can be caught right now as part of the ongoing Adventure Week celebrations.

For anyone who may have missed it, Niantic has added new limited time bonuses until Tuesday, June 11.

This is all part of Adventure Week, with the big news being that the official Pokemon Go shiny list has been updated.

Trainers now have the chance of catching Shiny Onix, Lileep, and Anoriths as part of the current rewards.

And there are a lot of other rock-type bonuses available right now in Pokemon Go.

Geodude, Rhyhorn, Omanyte, Aron, Lileep, Anorith, and many others will appear more frequently in the wild, while Trainers will also be able to hatch them from 2 km Eggs.

Rock-type Pokémon will also be dominating raids on the Pokemon Go map over the coming days for Adventure Week.

Adventure Week quests are also live and reward players with a range of special encounters.

Niantic has also put together a way for Trainer to earn 50,000 Stardust by playing Pokemon Go this week.

Trainers who have Adventure Sync activated and walk 50 km will earn 50,000 Stardust and 15 Rare Candies, making it one of the biggest bonuses.

Trainers can also earn 4× Buddy Candy and earn 10× XP on their first spin of each Photo Disc when visiting new PokéStops.

This is happening on Saturday, June 8 and will run between the hours of 3pm and 6pm globally.

The featured Pokemon for the Community Day will be Slakoth, meaning that fans will have yet another Shiny Pokemon to encounter.

Niantic has also announced the exclusive which will be unlockable during the event, telling fans on Twitter:

“No time to loll about, Trainers! Evolve Vigoroth during Pokemon GO Community Day or up to one hour afterwards to obtain Slaking that know Body Slam!”

“For just a few hours each month, you can encounter a special Pokémon in the wild.

“During these hours, there’s a chance to learn a previously unavailable move for that Pokémon or its Evolution, as well as earn some Community Day bonuses. Celebrate what it means to be a part of the Pokémon GO community and make new friends along the way!

“Fast TMs and Charged TMs will not grant exclusive moves during Community Day.”