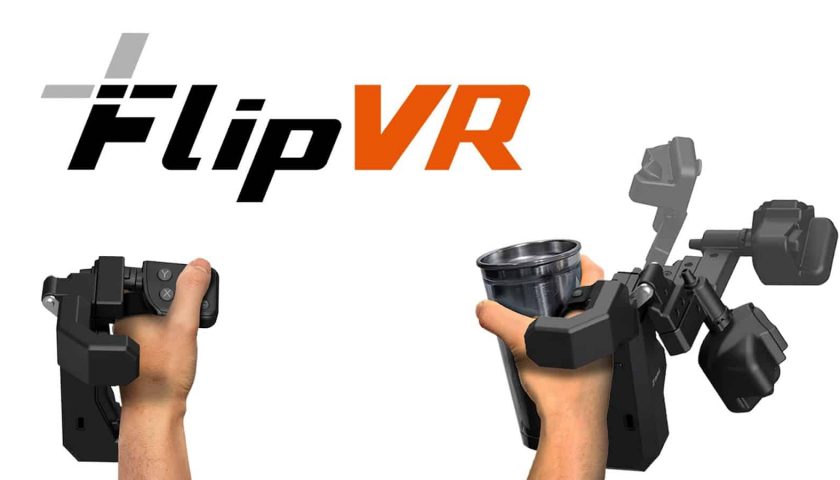 Shiftall is known for its upcoming ultra-compact PC VR headset MeganeX, but it also plans to ship a VR controller.

The FlipVR controller is strapped to your hand. Its unique feature is that the control panel housing the buttons, thumbstick, and triggers can be flipped 180 degrees to free up your hands. With your hands free, you can use your keyboard, grab a drink, or check your phone without taking the controller off. You could even use hand tracking when future PC VR headsets support that.

FlipVR uses the SteamVR “Lighthouse” tracking system, so it requires base stations and works with any Lighthouse tracked headset, including MeganeX. It can connect to the Valve wireless controller USB dongle but also includes its own dongle. The trigger, buttons, and thumbstick have capacitive sensors for finger detection, similar to Valve’s Index controllers. Shiftall is claiming a battery life of 7+ hours. Shiftall presented what looked like a non-functional prototype at CES 2023, demonstrating the flip capability.

The company says the handle has has “a structure that allows the position and angle of the control panel to be adjusted, so that people with a wide variety of hand sizes can operate it comfortably for a long time”.

There’s no announced price yet, but Shiftall plans to FlipVR later this year.