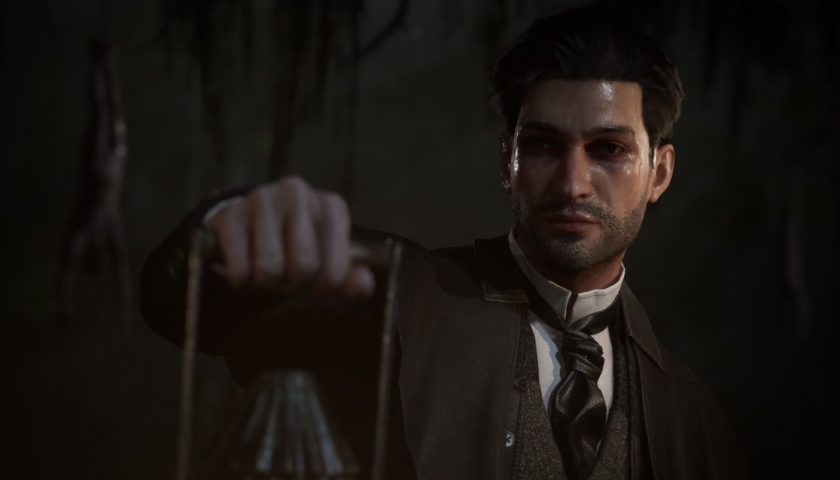 The last year hasn't been easy for Frogwares. The Ukraine based studio, known for creating the Sherlock Holmes games, has had to deal with the fallout of the brutal Russian invasion. Understandably, its latest title, Sherlock Holmes: The Awakened was delayed by quite a while, but not just because of the invasion. However, it seems the studio has been able to make significant progress, as we finally have a gameplay trailer for it.

Holmes and Watson will be delving into the depths of Lovecraftian horror, as the mind-bending trailer reveals.

"Sherlock Holmes The Awakened, a Lovecraft-Sherlock crossover," reads the description. "A continuation of the young Sherlock’s story, this is the first case Holmes and Watson undertake as a duo. Together they will investigate and try to thwart a nefarious cult that worships the ancient Eldritch God Cthulhu. The horrific events that Holmes and Watson encounter here lay the foundation for the iconic pair's unbreakable bond, but also explain how Sherlock became such a damaged and flawed genius."

Besides the insanity-inducing horror, synonymous with Cthulhu, we will also see Frogwares' unique take on the deductive reasoning within Sherlock Holmes' mind. The developers have turned this into a gameplay mechanic which actually makes you feel like a detective.

Despite all the hardships faced by the studio and individual developers, the project seems to be coming together. Not only did the studio have to relocate after the Russian invasion, but a legal dispute over The Sinking City drained a lot of its time and resources before that. However, determined to put the project out, Frogwares launched a Kickstarter to help fund the game. As of the time of writing, 4,876 backers pledged €252,599 for the project that's estimated to be delivered by February 2023.

One of the methods that Frogwares used to promote the Kickstarter raised a few eyebrows – the official Twitter handle of the studio asked followers to Like and Retweet a video of three Ukrainian soldiers next to an artillery shell. Three of those people, chosen randomly, would get the chance to write a message on that shell before it would be used against the invading Russian forces.