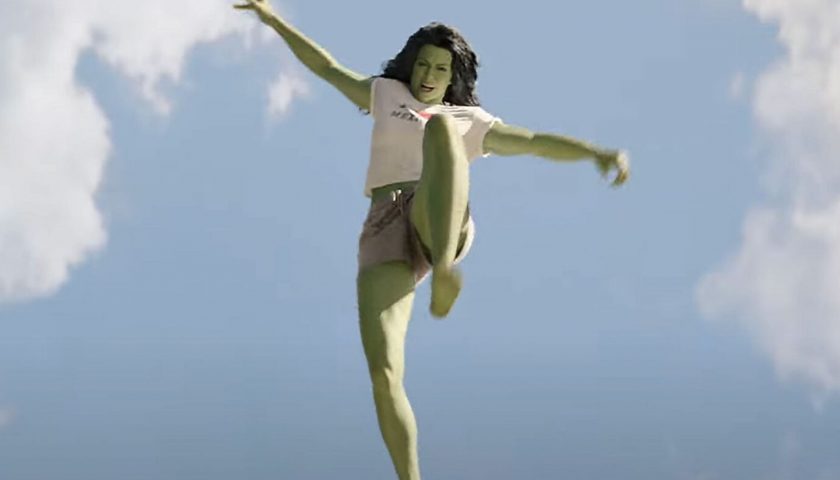 She-Hulk: Attorney at Law head writer Jessica Gao has revealed Marvel Studios kept asking her to cut character-oriented CGI scenes from the show during production due to budget constraints.

The highly-anticipated series is set to premiere on Disney+ this Thursday, with fans looking forward to getting smashed by a novel MCU offering. But, speaking ahead of the debut, Gao suggested that there could have been a lot more in the way of the titular character featured in not-so-human form.

Interviewed by Variety this week, the writer claimed to have been given full control as it pertained to the script, with the studio's president Kevin Feige initially insisting on seeing as much She-Hulk as possible.

"From the beginning, I asked Kevin [Feige], 'How much can we do? How cost-conscious should I be? Give me some guidelines’,” she disclosed. “And he said, 'If I’m gonna watch a show called She-Hulk, I want to see She-Hulk.' That kind of was the carte blanche to just write it however I wanted."

However, according to Gao, she was asked to cut back on the CGI scenes – almost on a weekly basis – once the cost of production was determined.

"Once we got into pre-production and production itself, once somebody had to sit down and start figuring out the cost of everything, it was like every week, I was told, 'Can you cut more She-Hulk scenes? Can you change more She-Hulk scenes to Jen? Can she be Jen in more scenes?'" she continued. "Even in post, you know, we had to cut a lot of shots by virtue just because it was She-Hulk."

Gao also noted that VFX artists experienced extra crunch as it was decided that appearances from Mark Ruffalo’s Bruce Banner and Smart Hulk characters should be moved to the beginning of the season and not the eighth episode as originally planned.

"Switching that up, I’m sure, made people scramble," she explained. "The VFX artists just have to do an impossible task in general. You know, like, this is such a massive undertaking, and they’re already under such a time crunch."