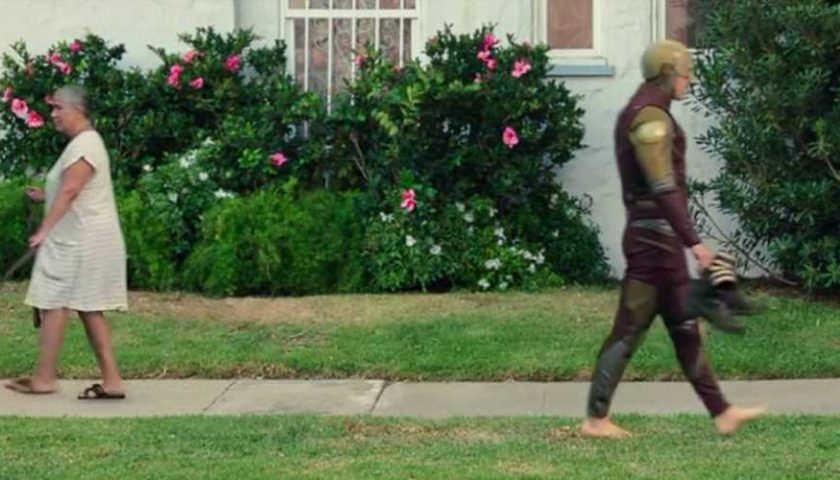 Years of campaigning, calling for Marvel to bring Charlie Cox back as Daredevil, and years of worry about how the MCU would handle him, were all put to bed last night. Literally. MCU Daredevil bangs in both ways.

Cox already came back in Spider-Man: No Way Home as the lawyer for costumed vigilantes who have been besmirched by disgruntled Stark employees, but that was as Matt Murdock. In She-Hulk, we see Cox in a brand-new ketchup-and-mustard-coloured outfit, teaming up with She-Hulk herself. But they do a little more than fight crime and show off their moves.

They bonked. Frolicked in the flowers. Did the ugly. Woohoo'd. Whatever you wanna call it – they teamed up in a way Captain America and Iron Man never could. And fans are lapping it up – he's back, he has a new hallway fight, and they're jumping right into the inevitable fan ships before the fans even get a chance to make 'em. Well, not all fans. Some are upset.

He cracked the odd one-liner, was a little more lighthearted and didn't brood over the rooftops. At least, not a lot. But we've seen this side of him before in other team-ups, so it's nothing new – Murdock isn't always doom and gloom, especially when he's in a flirty mood. Yet, that's what tickled some feathers. There's already backlash that Marvel would dare even insinuate that Daredevil fucks.

I say insinuate because we didn't actually get to see Daredevil do the deed. We see him and She-Hulk makeout, which is making its way to every single thirst trap on TikTok right now, and we saw him walk the walk of shame out of her house, but we didn't get anything explicit. Some are a little more upset at that though – give us the DD cut.

Luckily, we got some concept art at the end of the episode with Daredevil walking the walk, holding his shoes over his shoulder and whistling a tune – living the life – and with his helmet haphazardly left on a table with a bra chucked over top. There's no denying it. She-Hulk and Daredevil had fun.

And already, as you'd expect, there are angry YouTube videos cropping up saying that this is an embarrassment for the character, that it was a pointless scene – but as others point out, this is the Daredevil we know and love.