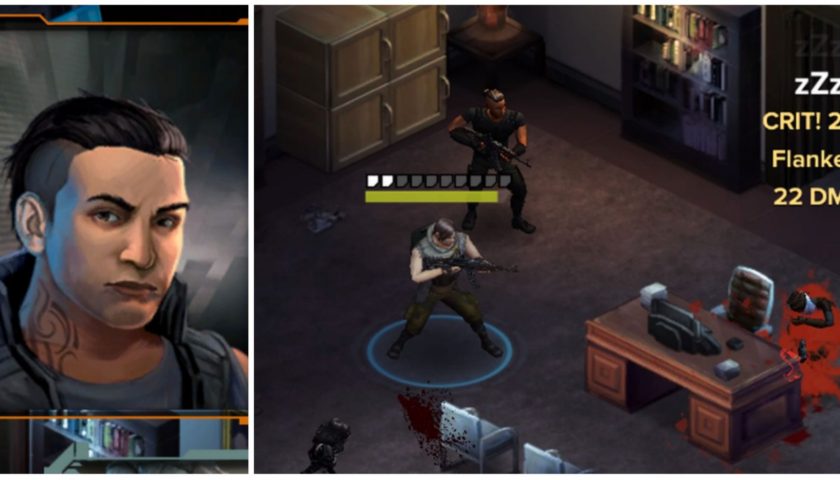 The first few missions in Shadowrun: Dragonfall are pretty linear – you'll be told exactly where to go and exactly what to do. Eventually, the game opens up a little and you get to choose the order you take missions in. One of the first missions you'll learn about is False Flag, which involves the infiltration of a racist policlub, Humanis.

Upon accepting the run, Dietrich will ask you to take him with you. His nephew, Alexander, has been sent to Humanis by his lazy father, and Dietrich wants to get him out of there. If you accomplish this, you'll get a neat reward and a warm, fuzzy feeling.

How To Get Alexander To Leave Humanis

First and foremost, it's imperative that you take Dietrich with you on the run. Neglecting to do this means that you will not be able to open the dialogue with Alexander that lets him join your side and you'll be forced to fight, if not kill him.

This also means it's important to keep Dietrich alive. If he bleeds out and has to be rescued by the trauma team, you won't be able to save Alexander.

You'll encounter Alexander towards the end of the mission, at the back of the Humanis building. It's very important that you pick the right options here or Alexander will refuse to turn on Volker and will fight you. The key here is not to pressure the boy – he's in a very tense situation after all.

The following dialogue options do not work and should be avoided:

If you make the right choices, Alexander will refuse to shoot Dietrich (don't attack him!) and will join you for the rest of the mission.

How To Keep Alexander Alive

In addition to convincing Alexander to leave Humanis, you'll also have to get to the end of the run while keeping him alive.

Alexander is a pretty good combatant with his Rifle, but try to keep him in cover at all times. Your goal here is simply to make it to the exit and escape. You can jack in to the terminal behind Volker to gain access to the security cameras to plan your route a bit better.

You do not need to clear the map of enemies – just make it to the end with everyone alive and you'll complete the mission.

If you managed to save Alexander, Dietrich will relay that his idol, the Dragonslayer, is pleased. Talk to him again when you're back at the safehouse and he'll let you know that he now has a new power – he can now place down a Medium Leyline wherever he wants at will.