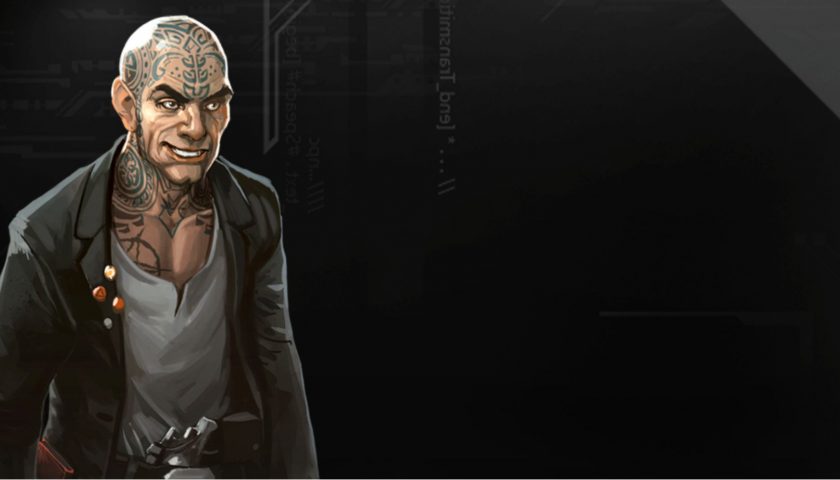 Unless you make your player character a spellcaster or hire a – gods forbid – generic mercenary, Dietrich will be the only way you get to use magic in Shadowrun: Dragonfall. He's a Shaman/Mage hybrid with a pocketful of great spells to use in combat.

Dietrich's role in battle is largely that of a support caster, thanks to spells like Heal Wound and Haste, but he is also pretty good at putting the hurt on. He has some pretty impressive, explosive spells and even carries around an infinite supply of Throwing Knives, with which he can perform a number of devastating tricks on the battlefield.

You'll be given the chance to choose an upgrade for your party members in Dragonfall after every two shadowrun missions you complete, even if the character in question wasn't brought along.

Dietrich's skills are all over the place, making it quite hard to form a cleanly defined build philosophy.

Your choice of Bound Elemental is basically inconsequential. Base it on vibes or personal taste.

This is a more offensively-geared build for Dietrich that makes his support feel a little more tangible. The two boosts to Electro Core make it a great option to throw at clustered groups and highly-armored foes alike. While Conductivity is a tempting pick, reducing the spell's AP cost with Static is a far better option for Dietrich – it frees him up to flush enemies from cover with Nerve Bolt, heal wounds, and even cast Haste once he's picked up three AP per turn.

While the Nerve Bolt upgrade may feel redundant thanks to Dietrich's Throwing Knives, which also flush enemies from cover, the spell can be used at a far longer range than Throwing Knives. In a similar fashion, because we're focusing on spells instead of knives, the offensive Dragonslayer's Wrath option doesn't feel as useful to take – Dietrich should be kept away from the fray.

How To Get Dragonslayer's Favor

Dragonslayer's Favor is a spell exclusive to Dietrich that creates a medium leyline effect on a place of your choosing, which is great for spellcaster-heavy team makeups.

To get it, you'll need to do what Dietrich asks of you during the False Flag mission. This requires that you bring Dietrich along and then succeed in saving his nephew, Alexander. If you do not bring Dietrich along, you'll be forced to fight Alexander and cannot open the dialogue with him necessary to convert him.

Dragonslayer's Favor will take up a spell slot, meaning you won't be able to loan spells of your choosing to Dietrich anymore.