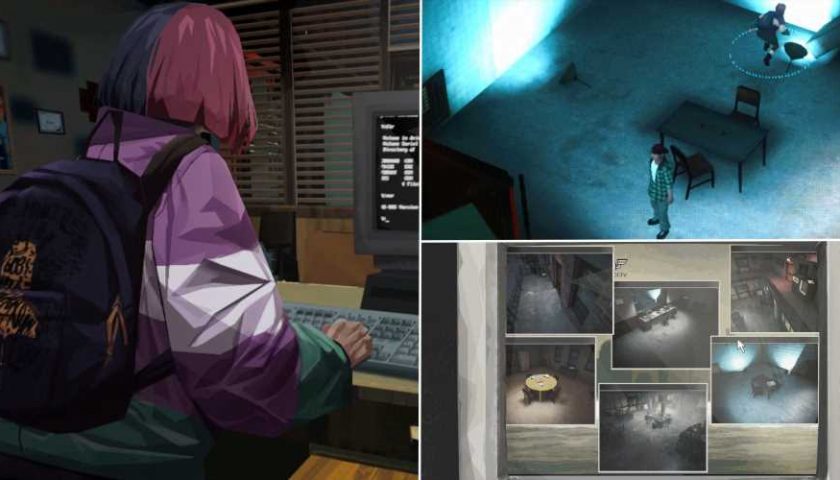 Erin's third mission in Serial Cleaners requires her to infiltrate the NYPD and delete evidence to be used against the team's employer, Don Reina. Since you're on the enemy's home turf, you'll have to contend with security cameras and lots of guards.

On the plus side, this mission has no bodies or large evidence pieces to collect. All you need to do is hack some computers to get data and swipe some easily-pocketed pieces of physical evidence. There's not even any blood that needs to be cleaned up – what could possibly go wrong? 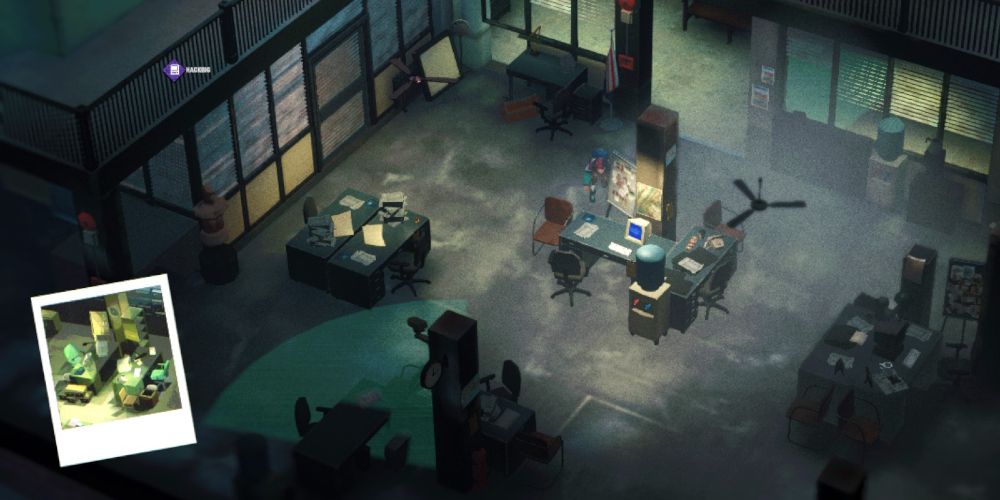 You'll start out near the precinct's office block. Start by unscrewing the vent to your right in case you need an escape later. Move directly south and wait for the cop in the office to your left to leave. Once he's out of sight, enter the office he just left and latch the door behind you. This prevents him from interrupting you when he returns.

Enemies can see through the office windows, so keep your head down and stay behind the desk if there's a cop near the door, even if it's latched. There's no sense in alerting the department if you don't have to.

Hack the computer in the office to identify your targets and set up the mission's save point. When the cop isn't looking toward the office window, unlatch the door in case you need to use it later, then sneak out through the vents to the left.

You'll find yourself near some stairs leading up; ignore them for now, since you don't yet have a way of safely bypassing the camera around the corner at the top. Instead, hide under the table on your right until the chief returns to his office, then carefully move to the right to grab a piece of evidence on a desk. Use the desks to break line of sight if needed.

If you have time, you can also hack the cameras from nearby computers to temporarily disable them. Once you've gotten the evidence from the desk, go out the southern door to get the evidence on the balcony. If you're spotted, slam the balcony door to stun your pursuer and run.

If you can, it's wise to go back to the starting point and save before continuing. 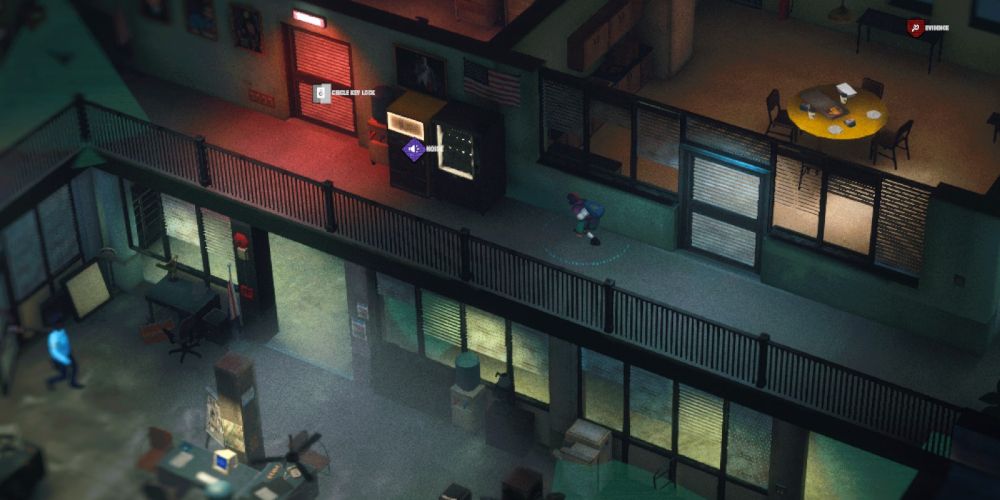 While the camera in the hall is still disabled, leave the observation room and take a right. Go upstairs and wait until the cop in the hallway isn't looking. Grab the evidence on top of the vending machine, then watch the right-hand room. When the cop inside has his back turned, sneak in and hide under the table until you have a chance to grab the evidence by the window. Return to your hiding spot under the table.

If you leave the door open when you enter the room, the cop will investigate it when he notices. This is a perfect chance to collect the evidence!

When the cop is near the table, jump out to knock him down then quickly enter the vent in the top-left corner of the room. Go to the other end of the vent and wait until the room on the other side is empty. Open the vent on the left-hand wall and use it to enter the evidence room, being careful to avoid the cop inside. When he's facing south or has left the room, move along the north wall and grab the evidence in the corner. This should be the last piece you need; return through the vent to the empty room and hack the computer that's now available to wipe the servers. 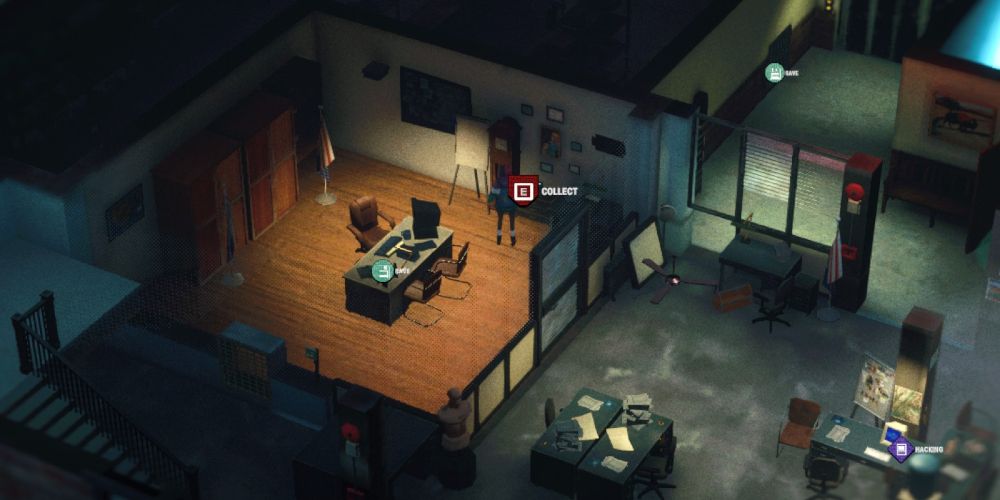 When Erin hacks the server, she discovers that the NYPD has tons of evidence on Bob's crew. You can't leave until that problem has been dealt with.

The last piece of evidence is in the office block, near the right-hand side. The best way to get it is to lock the chief's office door until nobody is looking, then unlock it and make a beeline for the hiding spot in the middle of the room. When the camera is turned away from you, pop out and grab the evidence, then hide again.

Once the coast is clear, you can make your way to the entry point and effect your escape.