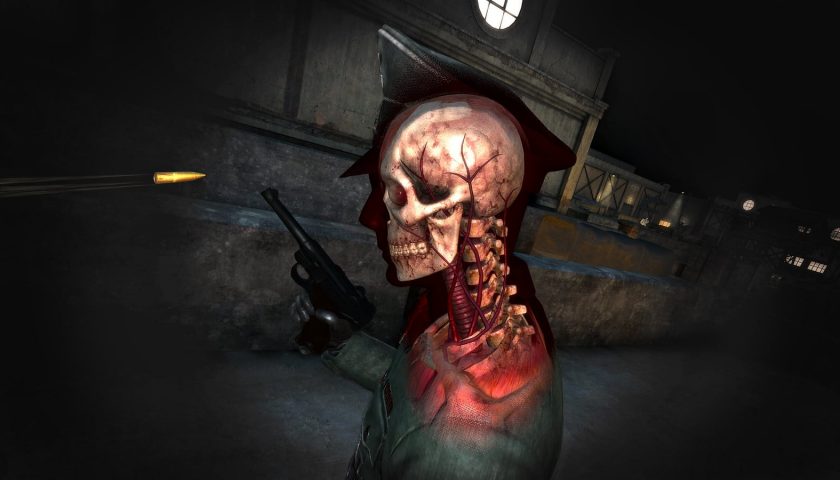 We finally know that Sniper Elite VR is coming to headsets next month but — we hear you ask — where’s the X-Ray kill cam?

The team at Rebellion debuted a new trailer for the upcoming VR shooter at today’s Upload VR Showcase. We get a quick look at more of the explosive action from the game’s single-player campaign. Stay tuned right up until the end, though, to get a first look at gaming’s goriest kill cam back in action.

If you thought that was gruesome, just wait until you see it in VR. Developed with the help of Just Add Water and Coatsink, Sniper Elite VR will see players sign up to the Italian resistance during the height of the second world war. You’ll carry out stealthy assassination missions and use an assortment of WW2-era weaponry in made-for-VR combat. The game was first announced a few years back and has quite a few VR fans looking forward to it.

Sniper Elite VR arrives on July 8th for Oculus Quest, PSVR and PC VR headsets. Are you looking forward to the game? Let us know in the comments below!