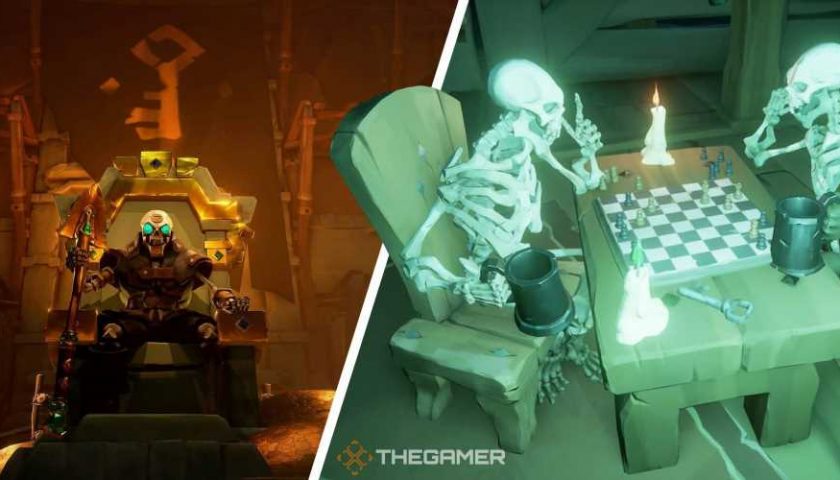 One of the many secrets you will want to uncover within A Pirates Life Tall Tale in Sea of Thieves is Captain Bones’ special recipe. There is a reward for completing this challenge, which is why you are probably curious about how to solve it. It’s also a relief to end the eternal game between the two skeletons, especially when it ends with you winning the game, even if it is with a bit of help.

Luckily, this recipe is easier to find than you might think, but there is more to it than simply pouring it into the skeleton’s cup. If you want to earn the commendations and reward, a few extra steps must be taken apart from finding Captain Bones’ special recipe.

Find The Two Skeletons Playing Chess And Light The Candle 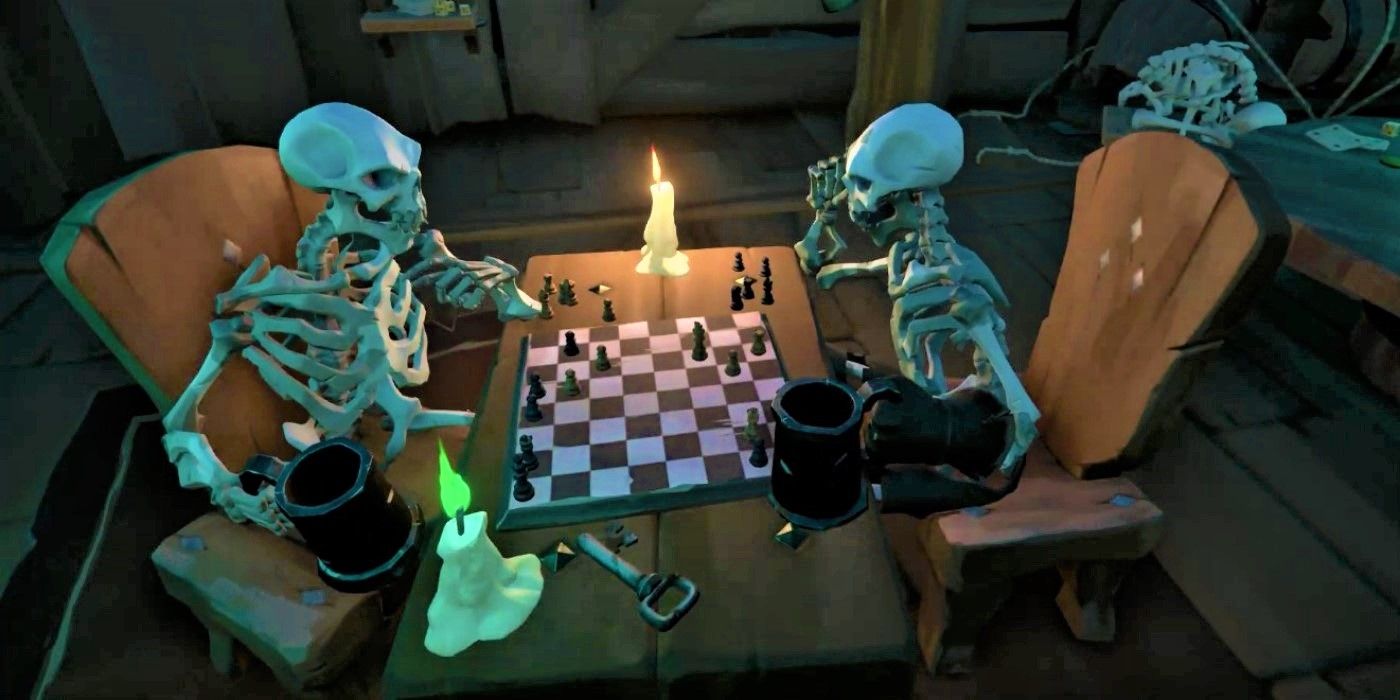 The two skeletons playing chess will be inside of the broken hull of a ship during A Pirate’s Life Tall Tale, and it can be found near the tavern. There is a candle on the table that you must light in order for you to be able to find his special recipe.

However, it can only be lit with the Flame of Souls which requires the use of your lantern, and it is one of the ways you can customize your ship.

Use The Pulleys And Look For The Gap In The Wall 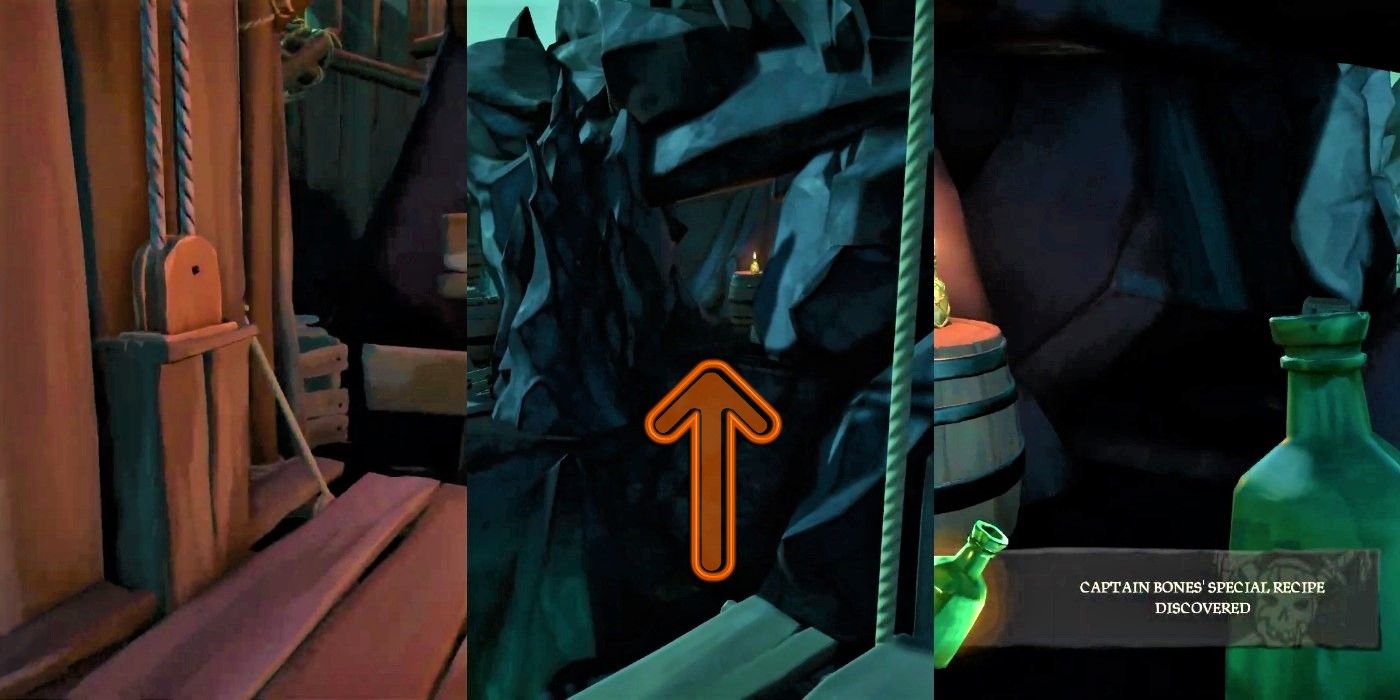 Next, you must head over to the pulleys that transport some wooden planks up to a larger platform. Once you reach the next level you will look out and see two platforms suspended in the air.

After you jump onto the first platform look to the wall on your right and you will see a small gap in the rockface. It is easy to miss as it can be quite dark, but you need to jump from this platform to that gap.

The concoction will be sitting on the ground and you simply have to pick it up and transport it back to the skeletons. 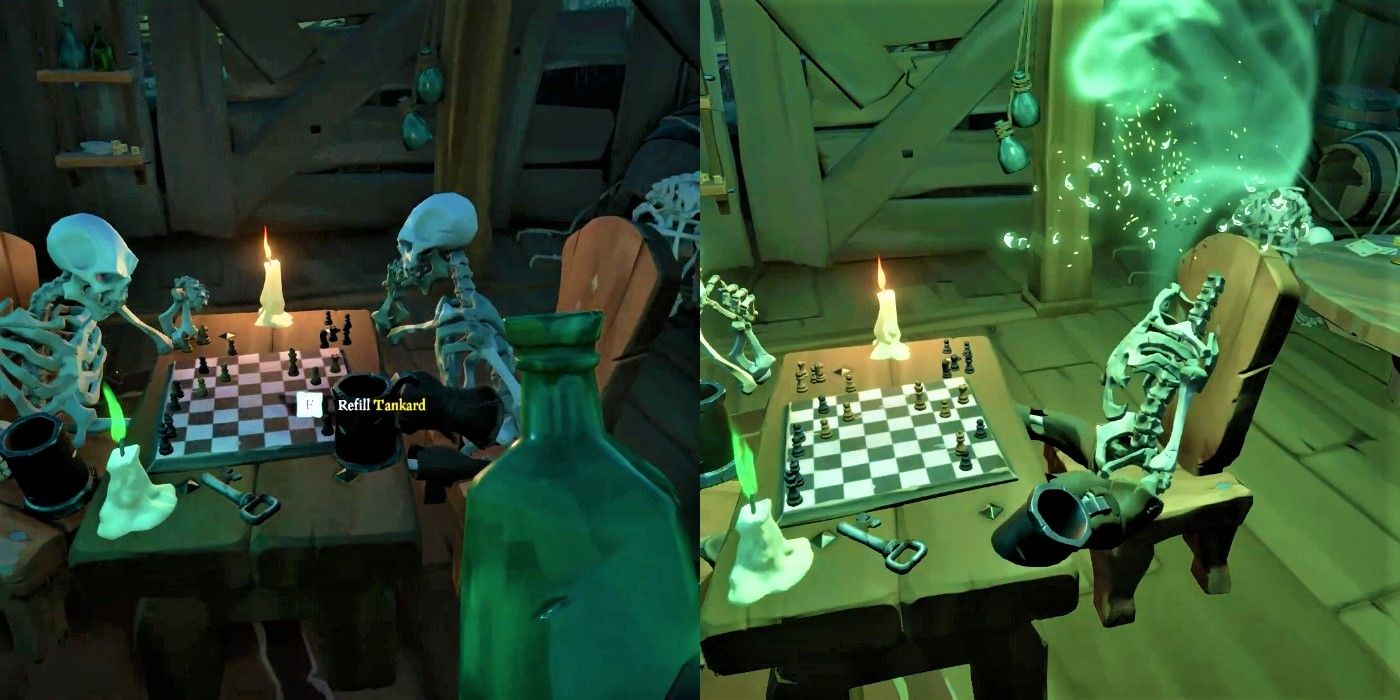 You need to take the recipe and place it in the tankard belonging to the skeleton on the right. This will cause the skeleton’s head to explode and leave an open spot for a new player, but a few items must be collected first.

This will earn you the ‘A Powerful Thirst’ commendation and puts you one step closer to unlocking a new shanty.

Place The Items On The Chess Board 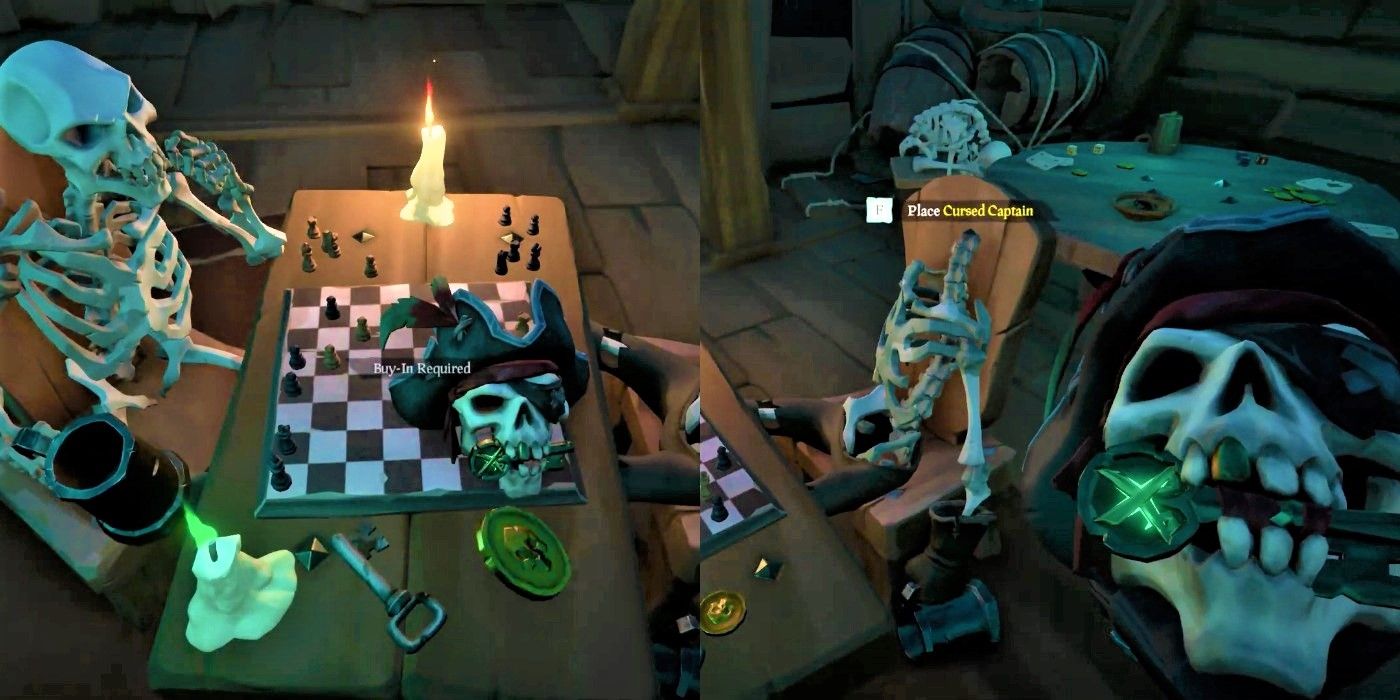 Poor Dougie’s Medallion and the head of Captain Cursed are needed to complete the interaction with the skeletons, and they are acquired by continuing the tall tale.

Once you have both of these items you can place the medallion on the table to enter the game. Then put the head of Captain Cursed on the skeleton’s body whose head you just exploded with the special recipe. 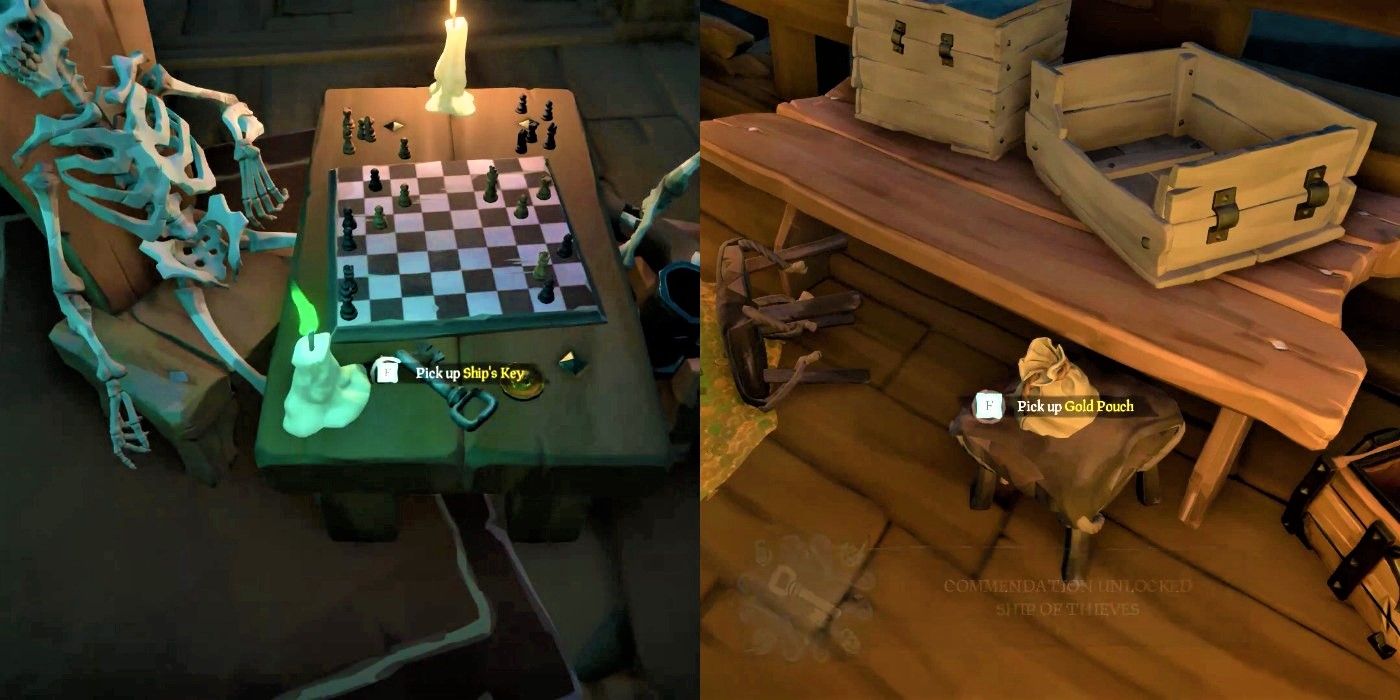 Captain Cursed will beat the other skeleton at chess and then you will be given access to the Ship’s Key. The door this opens is back near the pulley you used to access Captain Bones’ Special Recipe.

Once you enter inside you will be rewarded with gold and the ‘Ship of Thieves’ commendation.