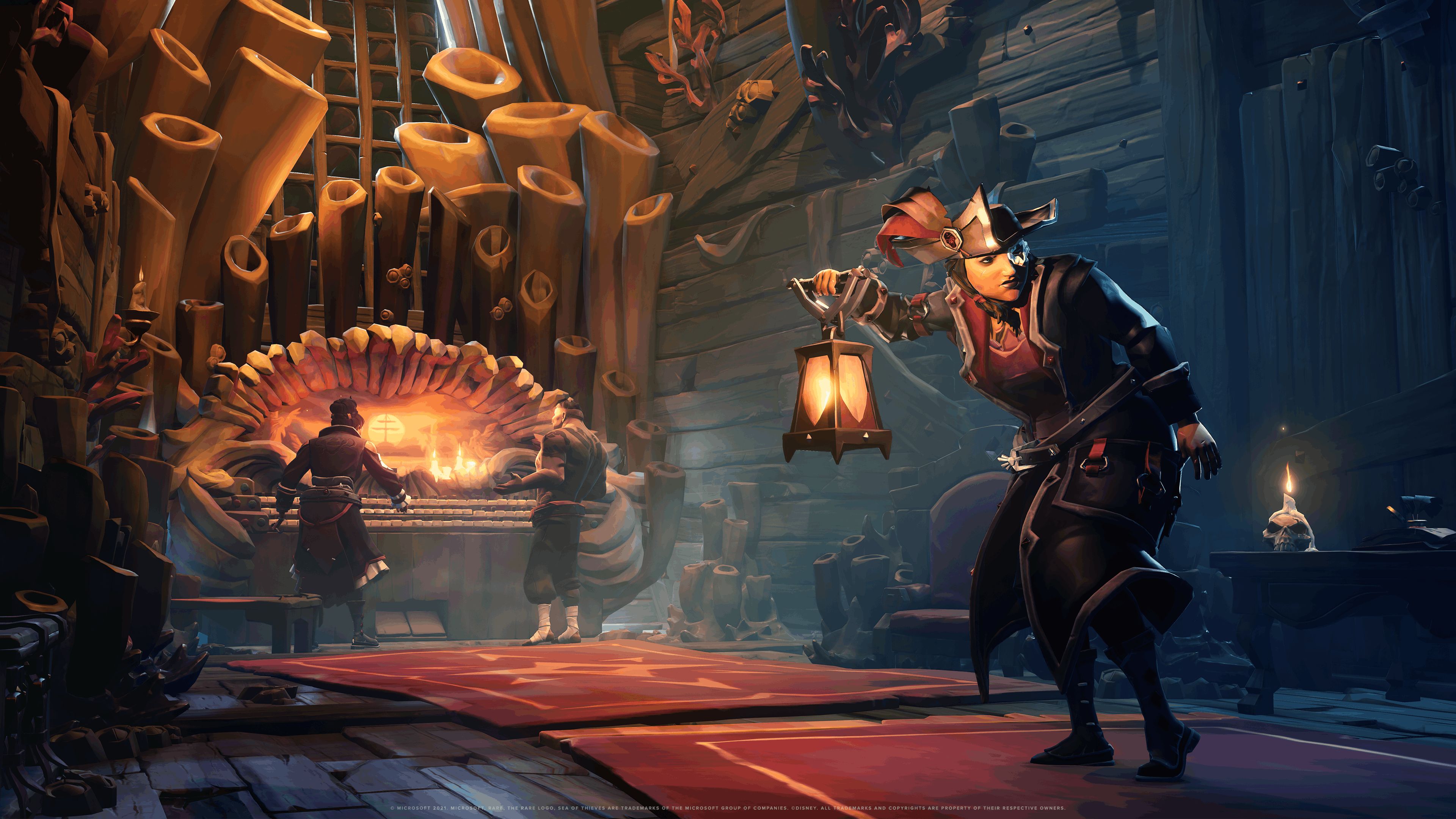 Tales Of Monkey Island Pirates of the Caribbean is not the only pirate-related property to be referenced in Sea Of Thieves and the secret one is even better.

Sea Of Thieves has been going for three years now and has become one of the most successful first party Xbox One games, to the point where it recently got a major new expansion based around Pirates of the Caribbean.

That’s all straightforward and obvious – the Pirates of the Caribbean adventure is a whole seperate option off the main menu – but once you beat it a second, shorter crossover is revealed and it’s arguably even more fun.

Many would consider it a spoiler, since the extra crossover is never mentioned beforehand, so be careful before going any further, if you don’t want to ruin the surprise.

So, the second crossover is… The Secret Of Monkey Island! Both it and Pirates Of The Caribbean are now Disney properties (since Disney bought Lucasfilm and all its related companies) so it must’ve been a relatively easy thing to organise from a legal point of view.

The crossover is nowhere near the size or complexity of A Pirate’s Life, and you don’t get to meet any actual characters, but it could easily lead into something bigger later on.

You can see a video of it below, but what happens is that at the end of A Pirate’s Life there’s a shipwreck to explore and when you get close to it you begin to hear The Secret Of Monkey Island theme tune.

As you explore the shipwreck you find maps and references to the games and several log entries that reveal the ship used to belong to Captain Kate Capsize from Monkey Island 2.

In that game, Guybrush Threepwood framed her for something she didn’t do and got her thrown in jail, which the Sea Of Thieves logs reveal she is now seeking revenge for.

It’s a very specific bit of lore from the games, about a character most people probably don’t remember, but whether it’s intended to lead to anything else is currently unknown.

The last new Monkey Island game was Telltale Games’ low budget Tales Of Monkey Island from 2009, around which time there were also remasters of the first two games, but since then the franchise has laid dormant.

Given this crossover though, and the recent revival of Lucasfilm Games, there’s now a real chance that there could be a new game, although who exactly Lucasfilm would get to make it is a mystery.