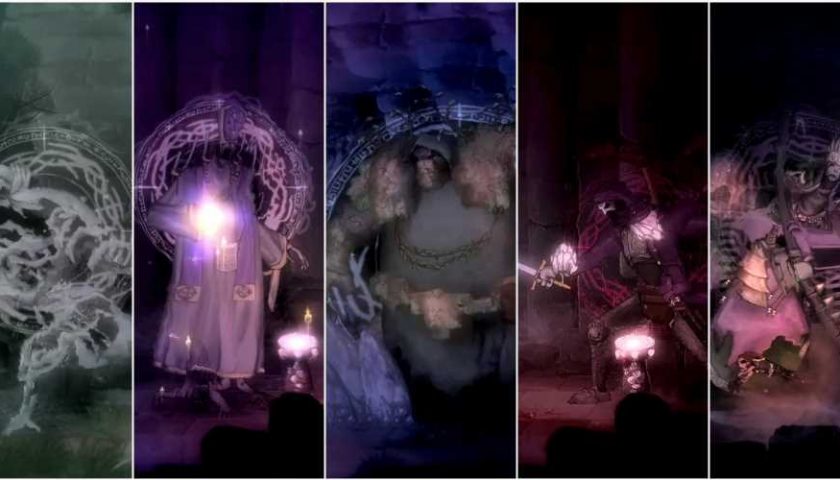 After the pretty standard mages that Ashbourne Village throws at you, you'll be excited to learn that Bol Gerahn has some very interesting characters to meet. And by meet, we mean devour. Salt and Sacrifice boosts up the difficulty with these spellcasters, so it's best to go in prepared.

Things get a little more complicated in this area, and now is a good time to learn how the game's elements work, since most of the mages here will use more than one element at a time. Your equipment starts to matter more, and your tactics need to evolve.

Aeromancers can be very annoying to fight, thanks to their love for attacks that throw you about. Fighting them in Bol Gerahn is especially dangerous as the chase will likely have you standing on precarious platforms halfway up the Praying Giants. As you chase them, Aeromancers summon the following enemies:

The Hunt For Aur Cyrus

Once you have the Magnesin Supply, head to the west side of the Praying Giants area, near the second massive tree. Just to the east of the tree should be a platform with a Magnesin pulley on it – activate it, and ride it up to the particle trail clue.

The chase will likely have you running around Praying Giants, ending on the eastern side of the area.

Terramancers are as brutish as they look and will knock you around the battlefield mercilessly if you let them.

The clue that starts this hunt is located in the Creeping Cave. You'll need to beat Aur Cyrus before you can get inside. The clue is found near the entrance to Forsaken Gulch, which is at the southwestern corner of the area. When chasing a Terramancer, you'll also encounter the following foes:

Necromancers are a true classic of video games, and Salt and Sacrifice does the legacy good. These mages are tall, skeletal scythe-wielders with attacks to match. This grim enemy summons the following creatures during the chase:

The Hunt For Nix Ocifiris

You'll find the Hunt for Nix Ocifiris inside Bol Gerahn Temple. You'll need to slay the Tireless Exalted to access this area. Once inside, you'll find the clue on the eastern side of the building, about halfway up – near the entrance to the Unclean Oasis.

This holy mage could be the most difficult mage you've faced yet – they have hard-to-read attacks and hits like a truck. The enemies they summon are pretty tough, too:

The Hunt For Padra Sakrev

You can start this hunt by interacting with the boxed skull found in the upper levels of Bol Gerahn Temple. You'll need to have bested all previous mages to access this part of the building, including the Necromancer, Nix. You can get inside through a sealed door at the top of Praying Giants, or by simply making your way up the temple itself.

Sanguimancers are Dracula-wannabes with an arachnid twist. Don't be fooled by their ostentatious appearance, though, they have some pretty devastating attacks. Not only that, but the enemies they summon can be pretty nasty, too:

The Hunt For Ture Vasari

You’ll need to head beneath Bol Gerahn Temple to find this Named Hunt, and to do so, you’ll need the Luminstone from Corvius’ Mire.

Head through the door one the west of the lowest level of the temple and make your way over the large gap you’ll find using the Luminstone grapple points. Loot the sack on the way and you’ll find the clue.