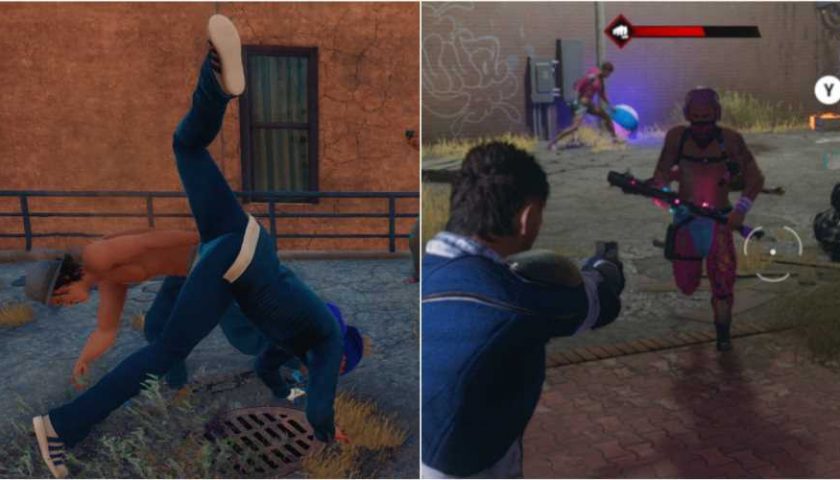 As Saints Row is all about criminal activity and gang violence, it's no surprise that combat is a big part of the game. In fact, most missions involve you gunning down groups of enemies, whether on foot or in a vehicle. So, the key to succeeding in the game is to make sure you're well-versed in killing Los Panteros, Marshall troops, Idols, and plain old police officers.

On a base level, the combat is simple, as you just shoot your guns or swing your melee weapons toward the enemy. But there are also a bunch of little tricks and tips that make you an even deadlier killer. Here are some of the most notable ones. 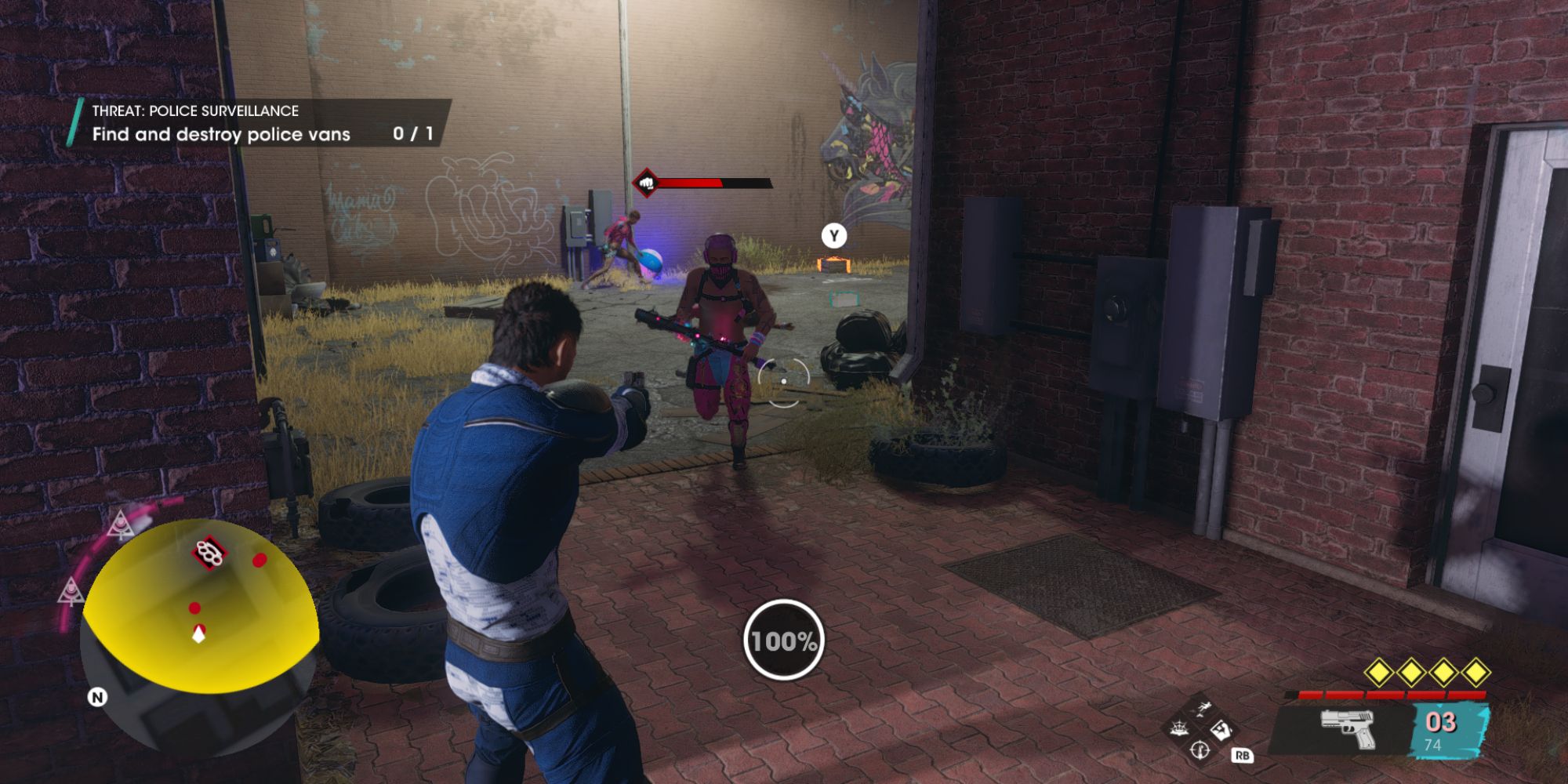 Like in any action game, Saints Row includes plenty of volatile things to shoot that will do extra damage to your enemies. And to make things easier, the game lights up the item and lets you fire a bullet into it with a single button press.

However, when you're in the middle of battle, it can sometimes be hard to notice them as there are typically a lot of distractions. So, during a skirmish, try to find the chance to run around a little and look for anything glowing. Of course, you then need to wait until people are near it to make sure they're caught in the blast. 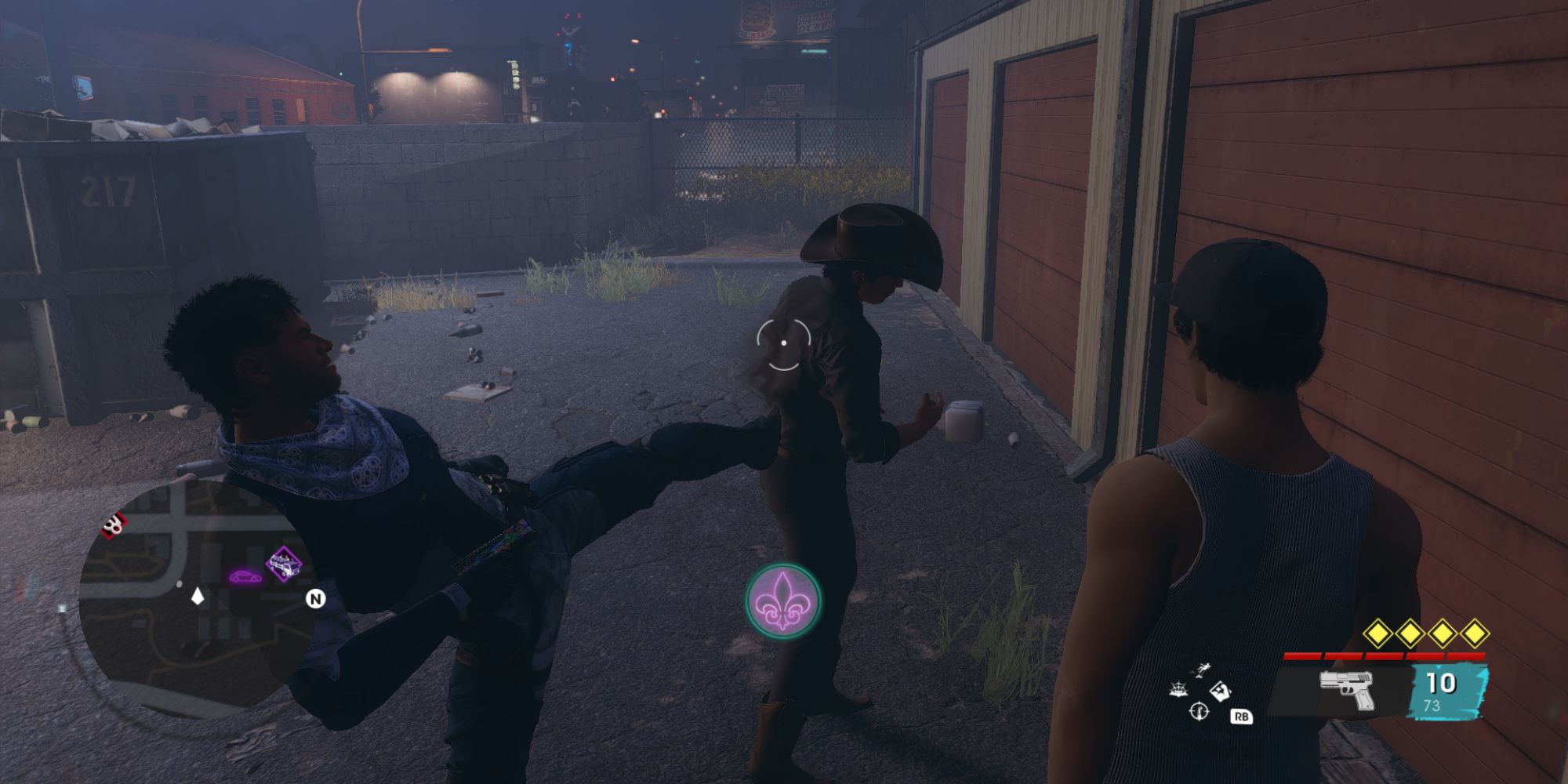 While it might not be the deadliest move in your arsenal, you shouldn't overlook shoving. This is where you boot your opposition back by clicking in the right stick if you're using a controller. It doesn't do much damage, but it's still useful.

First of all, many enemies run toward you in the game, and a boot stops them in their tracks. On top of that, it significantly staggers the enemy, leaving them open to further attacks. For instance, shoving them and then blasting them with a shotgun is an effective tactic. 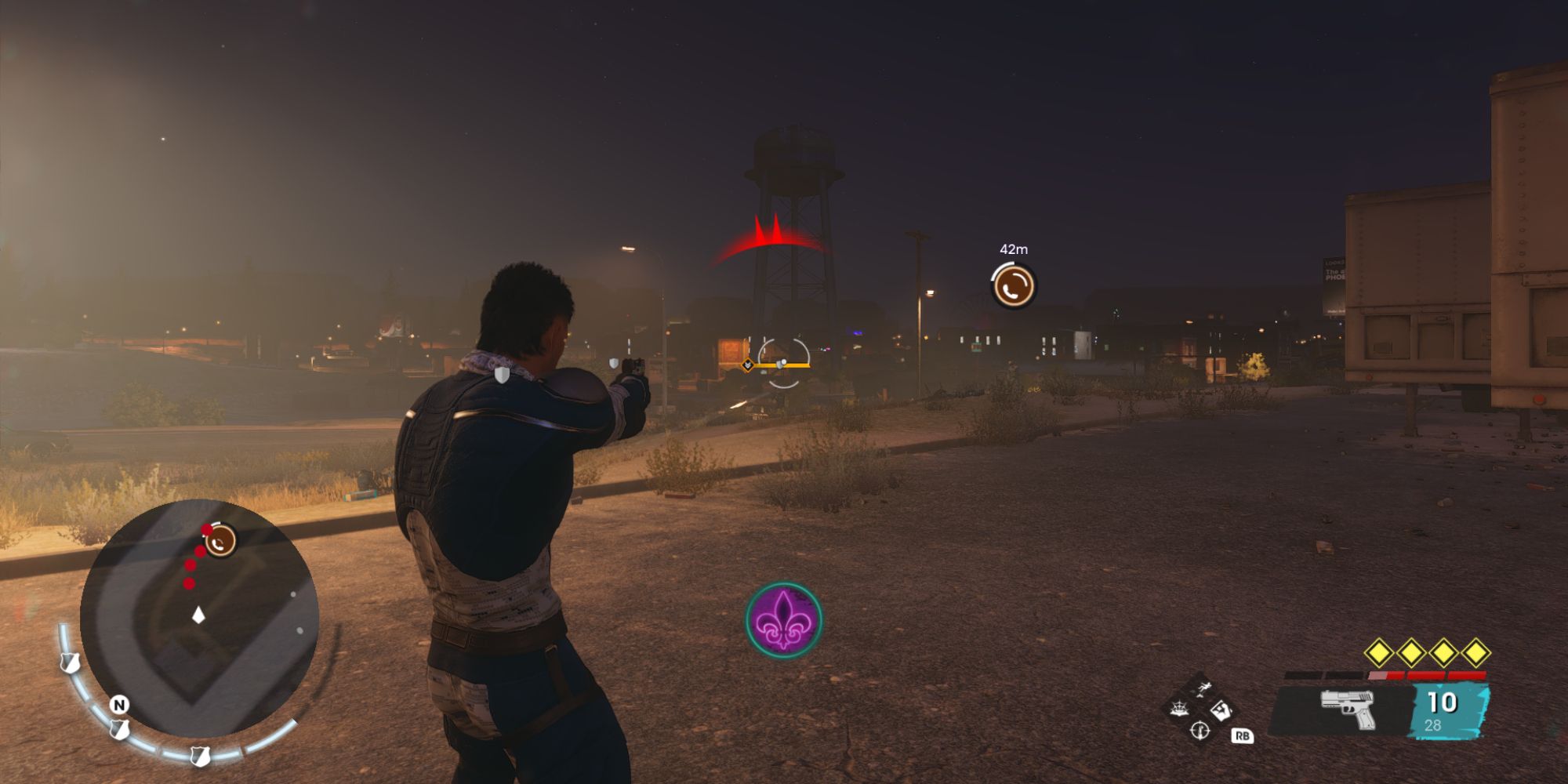 Rarely will you fight a single enemy or even a small group of them during the game. Normally, you're up against a giant pack of adversaries. Therefore, the last thing you want is more turning up. While that's usually hard to avoid, it's not always impossible.

Occasionally, during a firefight, you will notice a phone icon above an enemy's head. This means they're calling for reinforcements. Thankfully, you don't actually have to kill them to make them stop. Instead, you just need to hit them once, as one bullet is enough to end their call. Yet, you get a very small window to do it, so act quickly. 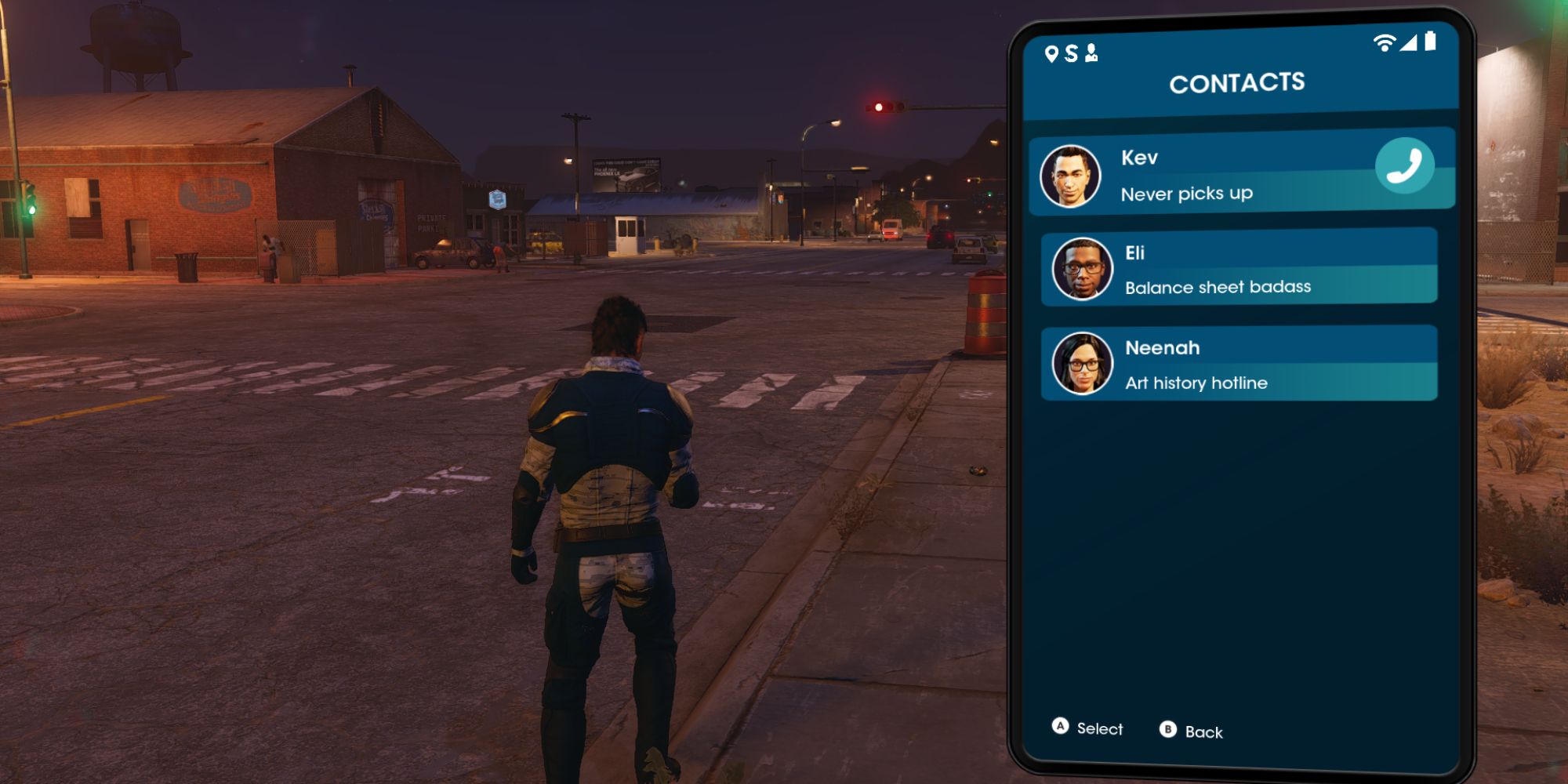 A feature from the earlier games that makes a return is the ability to call up your in-game friends to join you in free roam. You don't begin with this option, but you unlock it several hours into the main story. They don't really talk or anything, so it's not enjoyable in that way. But they tend to be useful in combat.

In regards to Kev, Eli, and Neenah, you may have to boost them a bit by completing more main missions. When they have increased stats, though, they deal out decent damage. Plus, they always serve as good distractions since some enemies will target them, which takes a bit of heat off you.

Choose The Aiming System That's Right For You 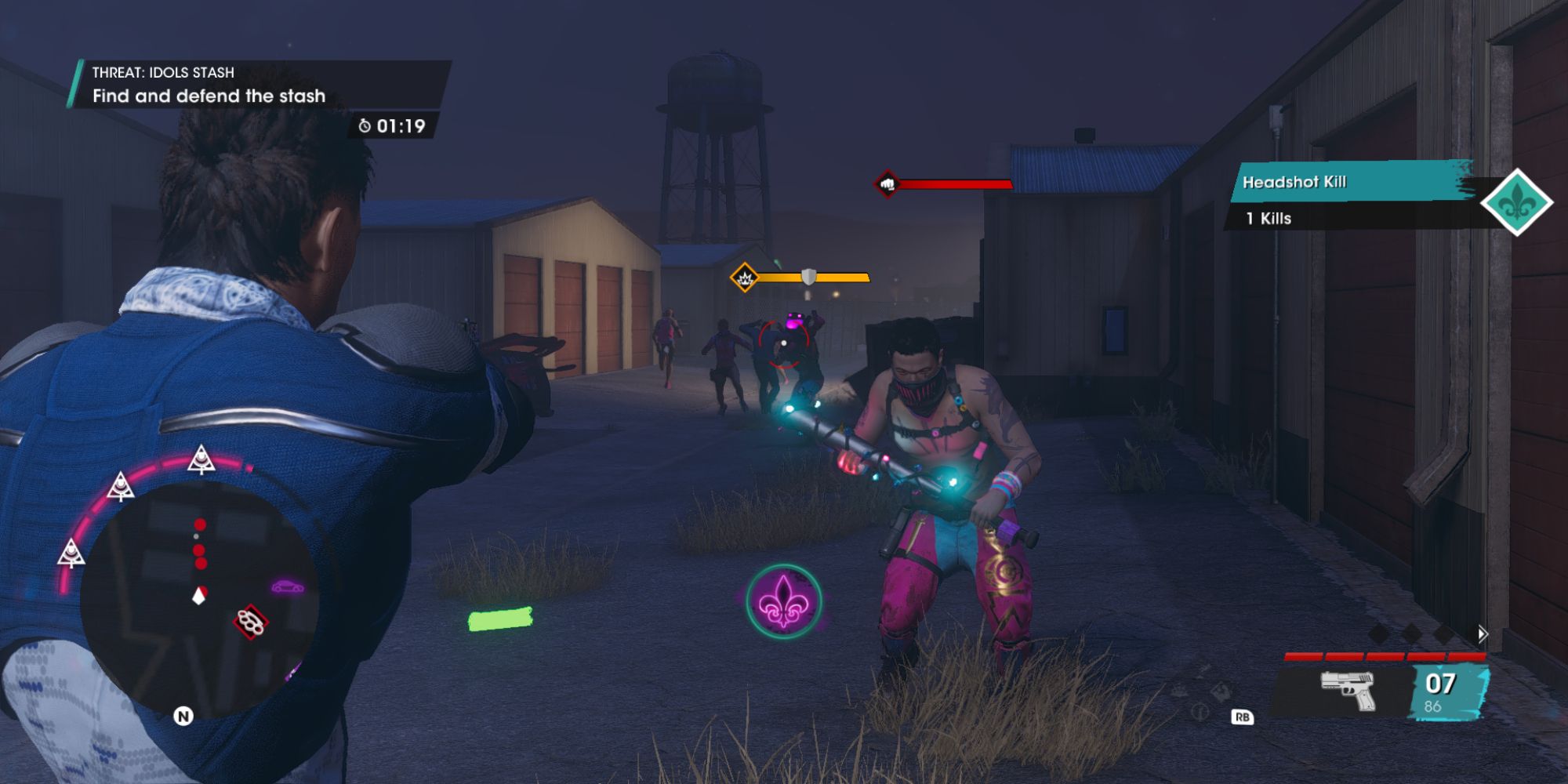 Opinion varies on aim assist in shooters as some people like it and others don't. In Saints Row, there are four different types of aim assist: Full Lock, Short Lock, Snap Only, and Off. Naturally, they alter how much help they give you, with Full Lock being the most and Off providing you no help.

Short Lock is on by default, but you can change it by going into options, gameplay, and challenge options. Try each of them out to figure out which works best for you.

Dodging Is Usually Better Than Crouching 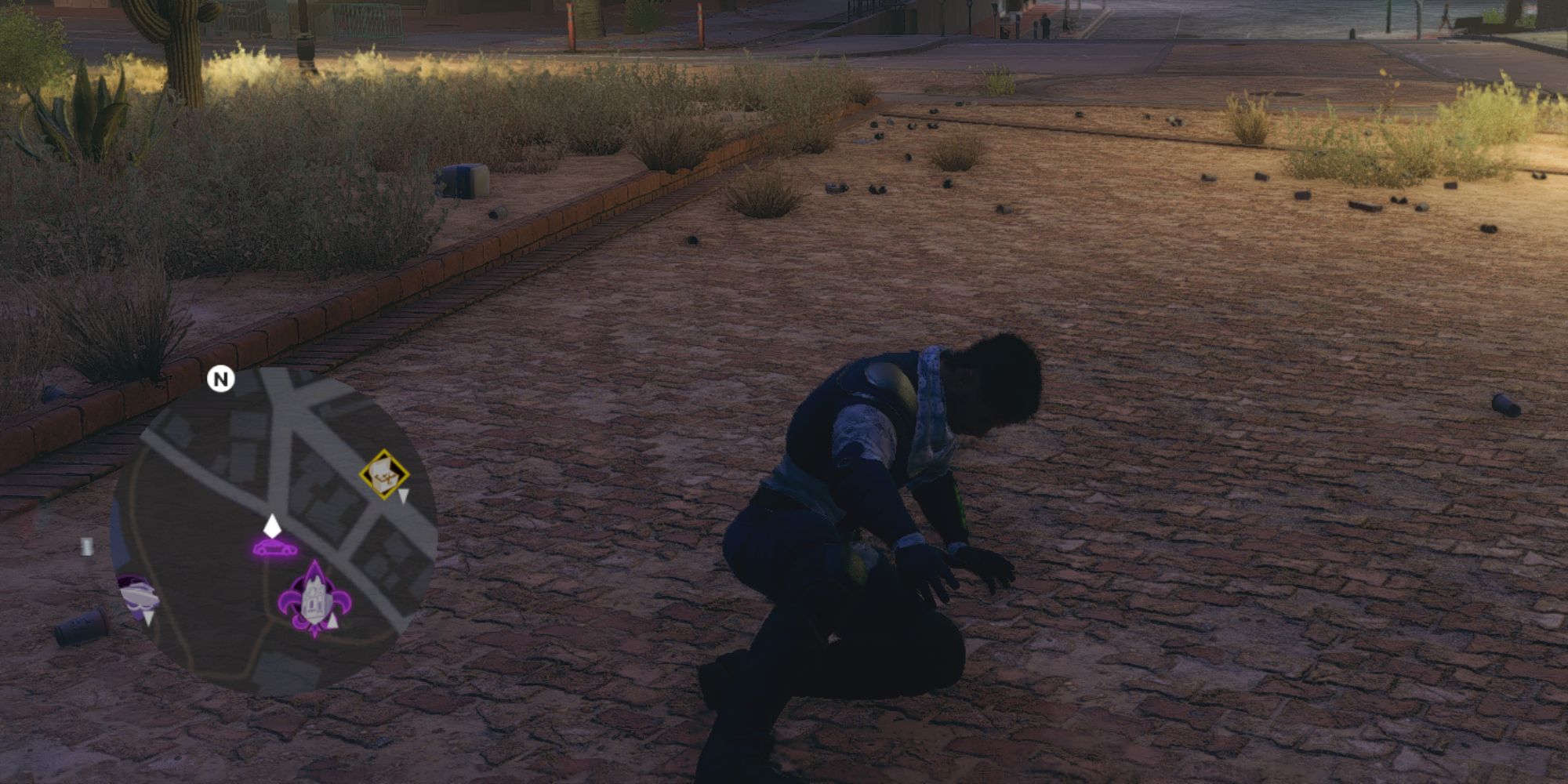 Unlike many third-person shooters, Saints Row doesn't include a cover system. You're able to crouch behind things, but it's usually not the best strategy. After all, you often have to deal with people running up to you, who will run behind your hiding place.

As such, you're usually better off being in perpetual motion, meaning you should run around while you shoot. Plus, you should also roll around, as that's what happens when you hit the dodge button. And it works well as every type of adversary struggles to hit rolling targets.

There's A Time And Place For Takedowns 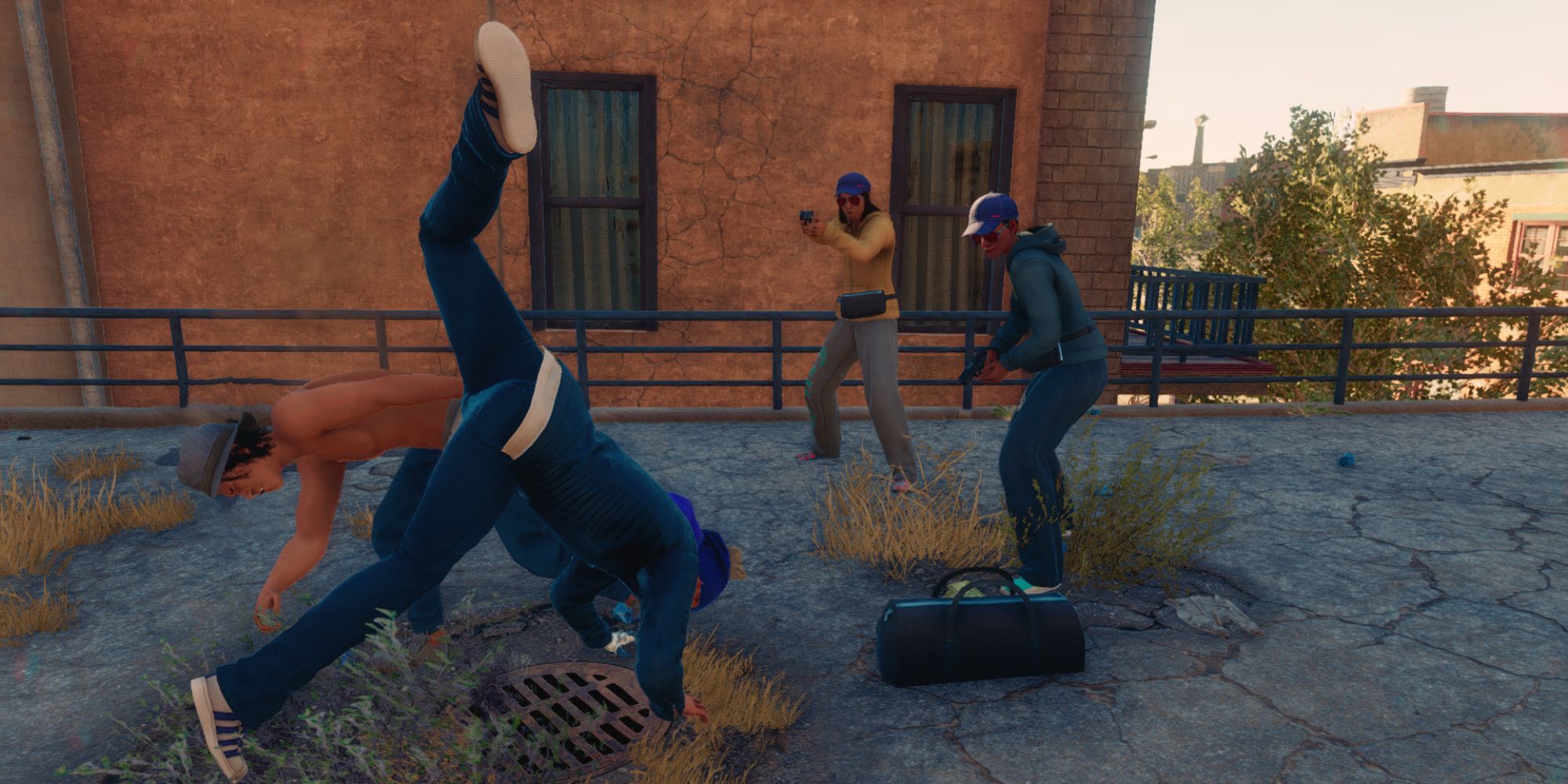 One of the most effective ways to take an enemy out of the equation is to use a takedown. This insta-kill move not only helps you offensively it also grants you some HP in the process. Yet, you need to wait a bit between performing them.

Therefore, you should avoid using a takedown for no reason. Make sure to save them for when you require health or want to get rid of a particularly deadly enemy. Also, when you are waiting for the cooldown, get some kills to speed up the process.