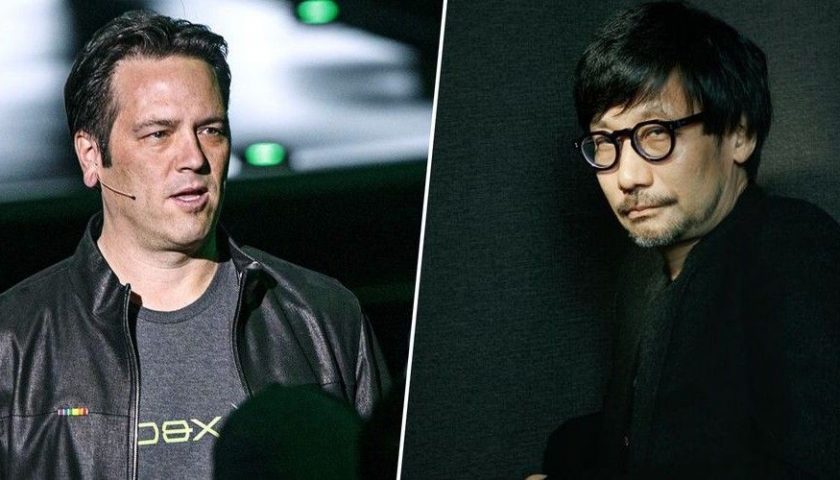 So what would a new Kojima Productions game look like? It’s always a risk speculating what the famed director will be coming up with, as we know that he likes messing with our minds. However, according to GamesBeat’s Jeff Grubb, Kojima and Xbox may be close to signing a deal for a new game.

As spotted by GameRant, during Grubb’s weekly GamesBeat Decides podcast, Grubb discussed that a deal between Kojima and Xbox is on the horizon. The topic came up as a result of a discussion about Xbox bringing in Portal creator Kim Swift to help work on cloud gaming. Xbox earlier announced that Swift would “collaborate with independent studios to build games for the cloud.” Coincidentally, Kojima has earlier shown interest in cloud gaming as a medium which he would like to take on.

This led to co-host Mike Minati asking Grubb about the rumoured deal, to which he replied saying that the deal was close to being finalized, with only a few details left to be ironed out. “It’s not going to not get signed,” he said, concluding that he’ll be able to share more details pretty soon. Rumours of this deal have been floating around since April, when a Kojima Productions Ludens figure was spotted in the background of Xbox chief Phil Spencer’s livestream.

Kojima Studios recently announced that Death Stranding will be getting a Director’s Cut pretty soon. The announcement was made by Geoff Keighley and Hideo Kojima during the Summer Game Fest. The reveal video showed Sam Porter fiddling with a cardboard box, reminiscent of Kojima’s Metal Gear series. Based on the trailer, stealth missions may be a major addition to this version of the game.

While some people are waiting for a chance to collaborate with Kojima, some can’t seem to escape him. The internet has collectively decided that Blue Box Game Studios’ Abandoned is actually a secret Kojima marketing stunt. The studio has even come out officially and said that the project has nothing to do with the legendary director. Studio head Hasan Kahraman said, “it doesn’t matter how much I try to debunk all this. People don’t believe it. They just expect something that’s not out there. It bothers me.”