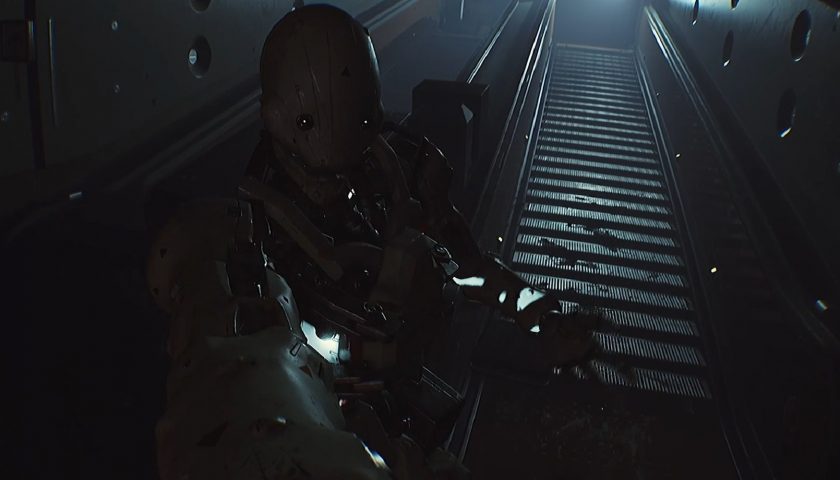 Horror fans are eating good over the next couple of years as Routine has been re-revealed at this year's Summer Game Fest. For those that don't know, Routine was announced over a decade ago, but now we have a new trailer and the news that the game is coming in 2023 and will feature music by legendary composer Mick Gordon.

We don't know much about the story, but the game's trailer showed us a spooky, atmospheric space station full of killer robots. The player takes out some kind of radiation weapon and uses it to incapacitate a robot in the distance. The player is then turned around by a robot sneaking up behind them, revealing a lovely metallic grin full of teeth.