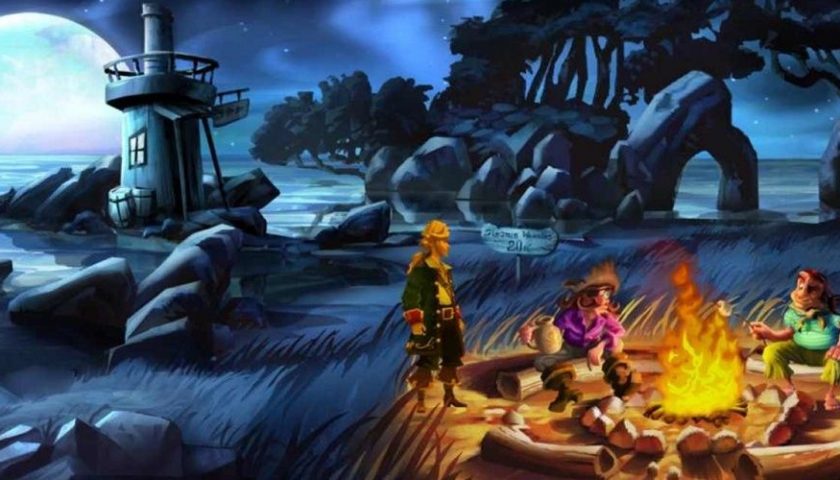 Return to Monkey Island will bring players back to the classic point-and-click adventure franchise sometime later this year. Work on the game must be getting close to finished as Monkey Island creator Ron Gilbert and designer Dave Grossman are speaking with major publications about the history of the series and the coming sequel.

In an interview with VentureBeat, Gilbert and Grossman talked about how it feels to return to the world of Monkey Island after over a decade's absence. They also talked about how adventure games have evolved and how stories are told in modern puzzle games.

They were also asked point-blank if they regret any puzzles from either Monkey Island 1 or 2. Gilbert immediately responded with "Two words: Monkey Wrench," referring to the Monkey Wrench puzzle from Monkey Island 2: LeChuck's Revenge. Guybrush Threepwood had to use a living monkey to fix a broken pipe. Although a fun play on words, no sane human being would ever think to apply a monkey to a broken pipe.

"The Monkey Wrench puzzle from LeChuck’s Revenge is notoriously unsolvable and was not a good design on several levels," added Grossman. "Even if you are an English speaker from a location where the tool in question is commonly called a "monkey wrench,” and you realize that that’s what you need, you still have to make an astonishing predictive leap about how your actions will create that tool. Nothing in the game sets any of it up adequately. I use it to this day as my go-to example of what not to do with puzzle design, and it has influenced my thinking ever since."

Elsewhere in the interview, Gilbert admits that puzzle games have evolved significantly since the original Monkey Island games. "Adventure game design was a lot more forgiving back then. Beating your head against obscure puzzles was acceptable. It’s not anymore."

"It's ironic that the people who don't want me to make the game I want to make are some of the hard core Monkey Island fans. And that is what makes me sad about all the comments," wrote Gilbert. "Return to Monkey Island may not be the art style you wanted or were expecting but it's the art style I wanted."