Like Albert and Sif, Claudia's opening quest in Romancing SaGa: Minstrel Song is a great way to get a feel for the atmosphere of the game, even if it's a little light on the mechanics. It's short, sweet, and comes with two adorable and exclusive party members.

Despite being quite easy to get through, there's a lot to think about when starting a playthrough in this game, such as how to open up the world once the initial quest is complete, and how you should develop your characters. 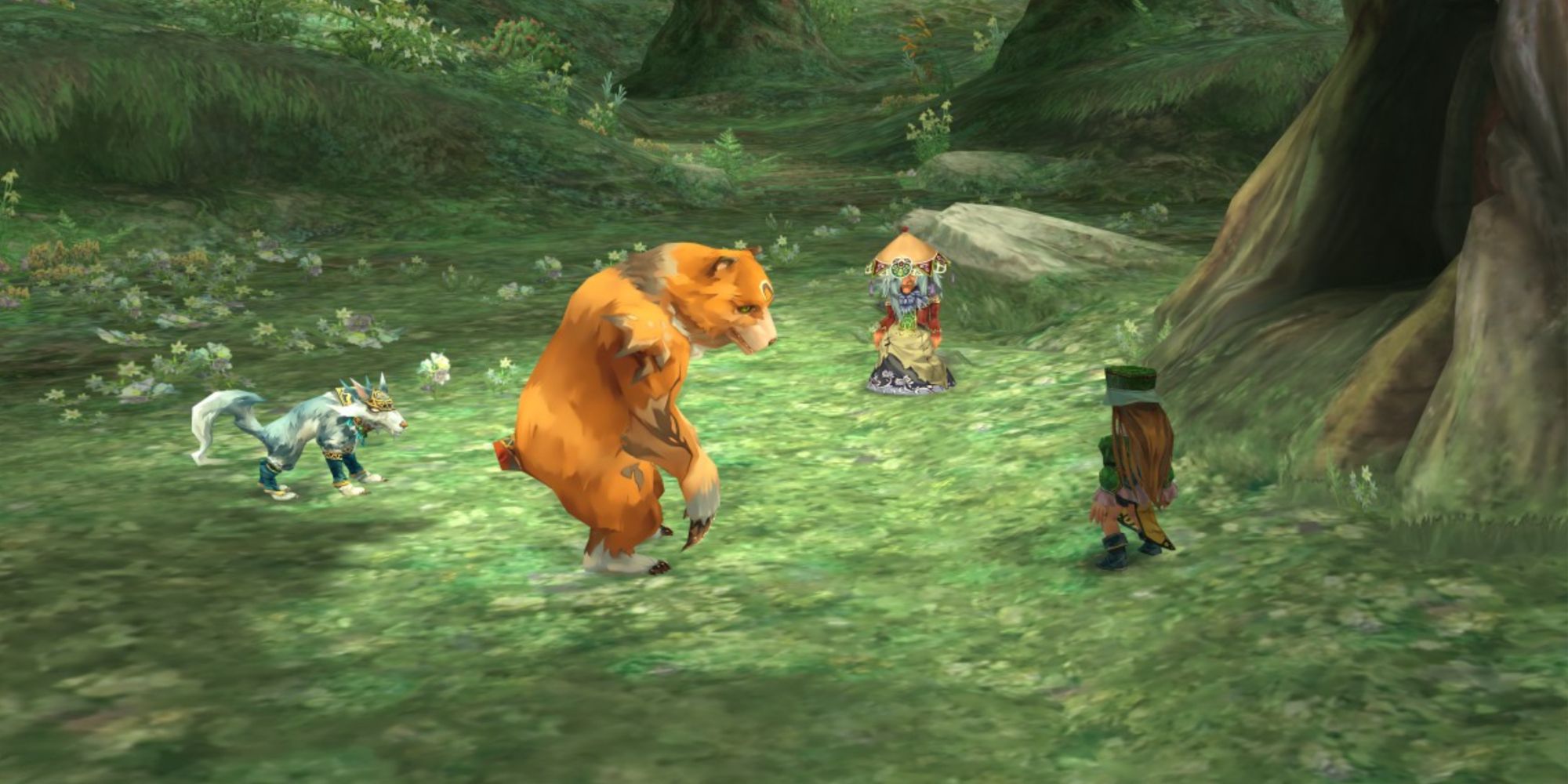 Claudia begins her story in the Mazewood, a confusing, mystical forest that is hard to navigate. Thanks to her origins and her situation, she will also begin with two animal companions, Sylvan and Brau. Along the way, she'll meet and join forces with Gray. 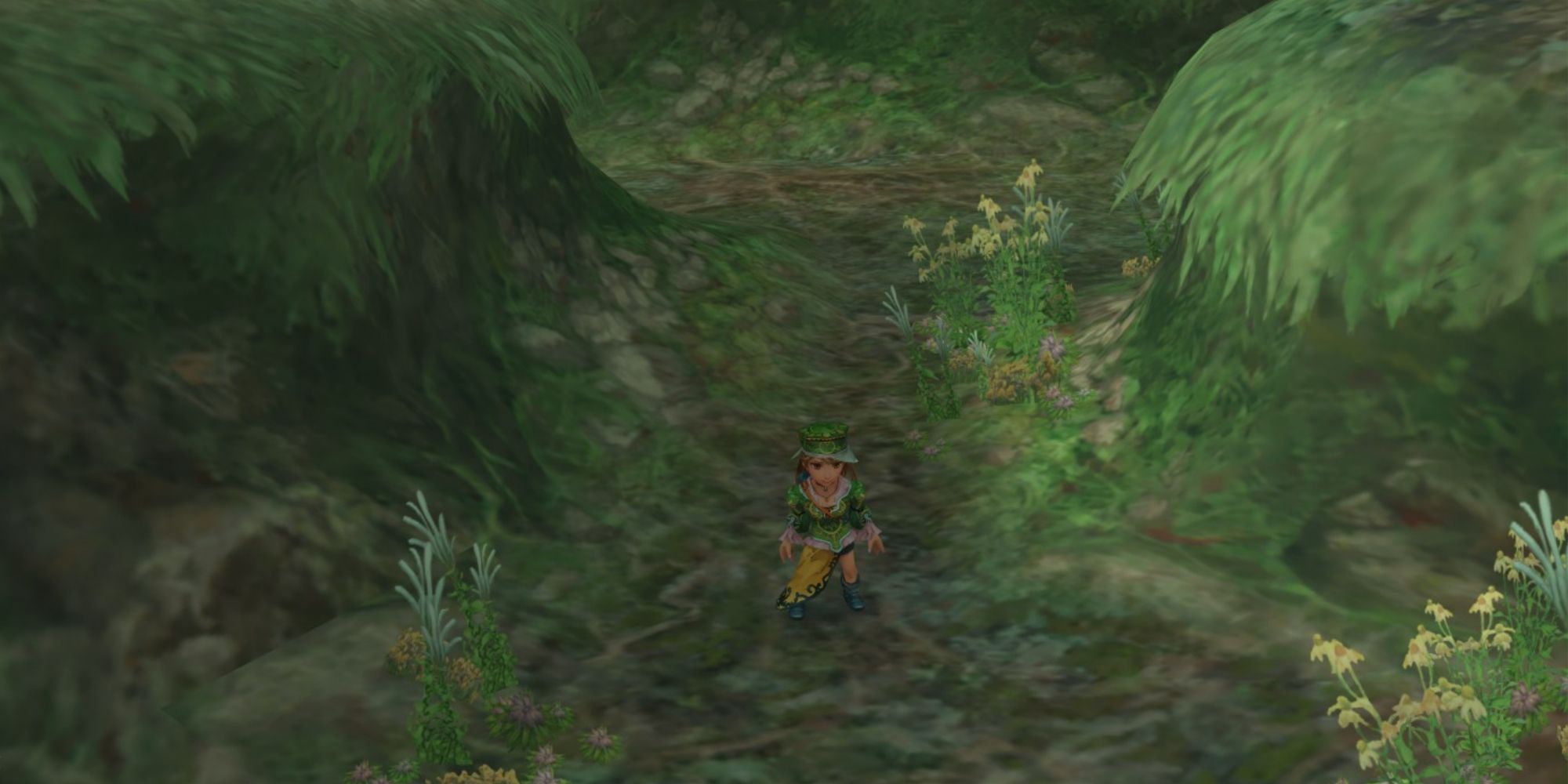 At the beginning of the game, Claudia is delivered a message telling her that Eule is looking for her. Walk forwards a few steps to meet up with Eule and speak to her to learn of monsters at the Mazewood's entrance. It's up to you and your animal companions to deal with them.

Before you leave Eule on her own, enter the tree and get the handful of gold and jewels from the chest there.

To find the monsters, head back to where you came from. On this screen, walk down a few steps until you can head to the right – do so, and then head down when you can again to reach the next screen.

On this next screen, keep heading directly toward the camera until you get to the Mazewood entrance – you'll stumble across a man being chased by monsters and automatically begin a battle controlling him. His name is Gian and after one round of combat, Claudia and her animal friends will join the fray.

This is a very easy fight, just focus down the Skydancer first to make sure it doesn't take out one of your allies and rob them of a chance to increase their stats.

After the battle, you'll get a map of the empire. Instead of leaving the Mazewood immediately to visit Gian as he recommends, head back where you came from and talk to Eule again. She'll tell you to go explore the world, but to come straight back to her if she requests it. You'll get Melvir and Aurefont unlocked.

Leave the Mazewood – remember, just walk towards the camera the entire way. 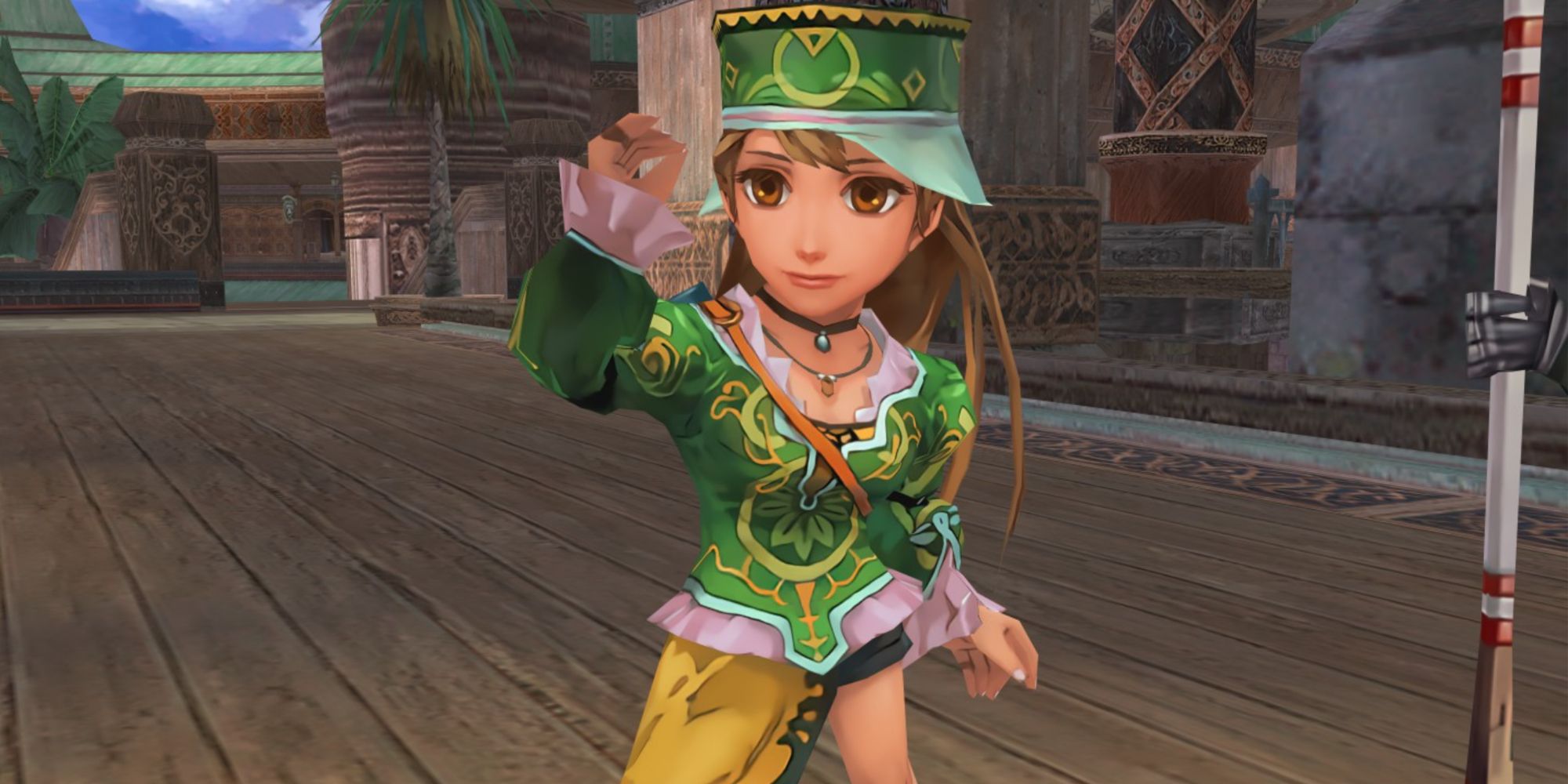 Once on the world map, choose to go to Melvir. Explore a bit and talk with the locals, being especially sure to get the city's map from the Volunteer Brigade child. Your actual destination is the Elizabeth Palace, which is located on the second level of the city.

Talk to the guards outside the palace and you'll be shown around and introduced to a man named Lord Neville. After the scene, you'll wake up at the Melvir Inn. Leave, and with one more cutscene, Gray is added to the party and you get access to the wider world. 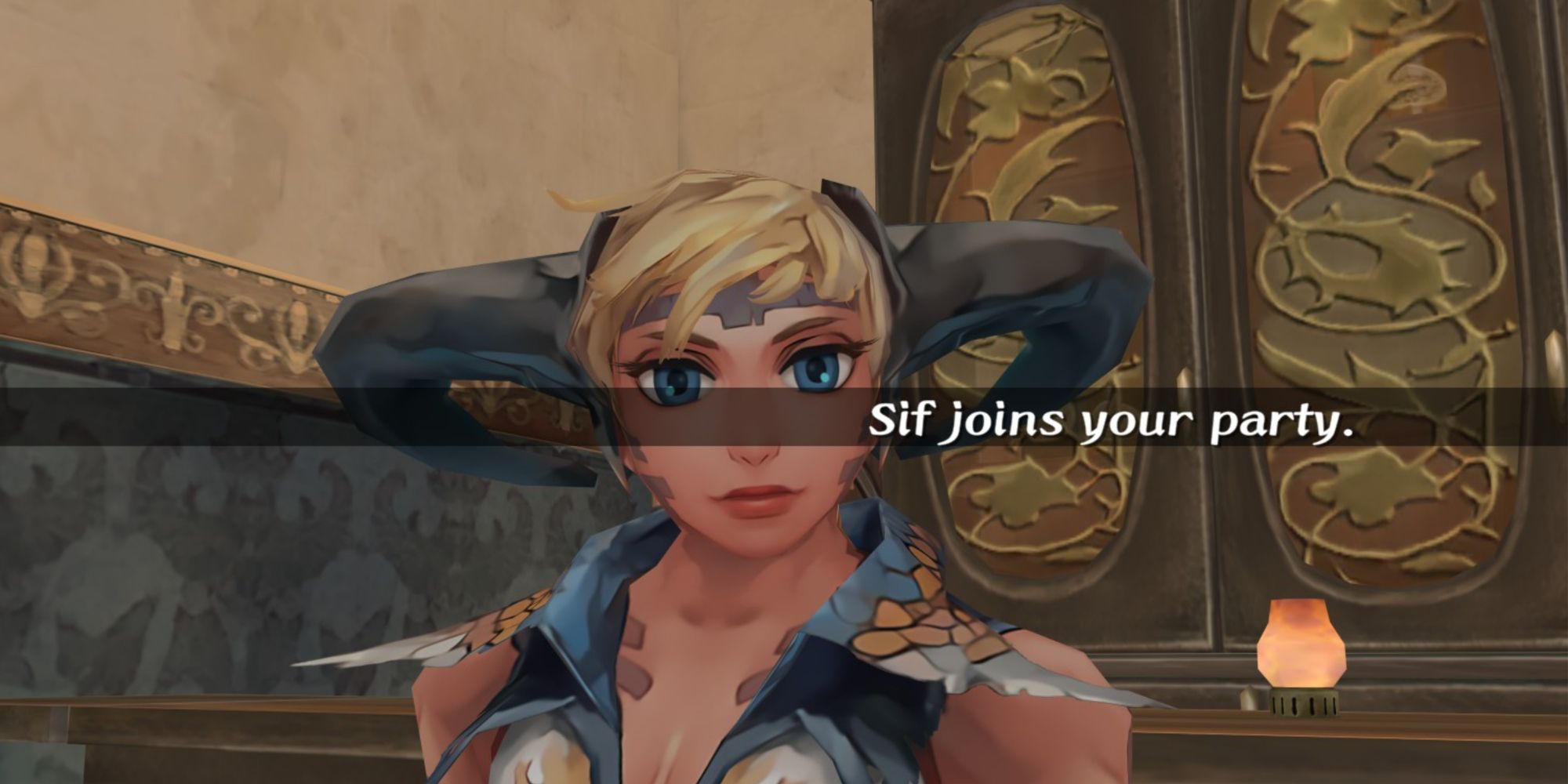 Claudia has a pretty short introduction and even comes with more locations unlocked to begin with than any other character. You can fill out the majority of the locations not related to quests simply by recruiting two characters and taking ferries from the ports on the east side of the world.

Barbara and Sif are the characters you need to recruit to open up the locations dotted along the New Road and the southern reaches, respectively. You can find them both at Crystal City and Altours, so check there for them.

After recruiting one, you can dismiss them to recruit the other, if you don't want to get rid of Gray. Your animal friends cannot be dismissed normally.

From then on, it's quite easy to find out where to go next – take on the early quests first, unlock locations by talking to NPCs, and watch out for the surprise assassin attack in Melvir once you've left the city once.

Quite early on in the game, around when you reach Event Rank 7, a quest will trigger when you sleep at an inn: Eule Gives a Hoot. This is the quest that Eule told you about. When this happens, go to the Mazewood and head back to Eule's Nest to complete the quest. This is the trigger for Brau and Sylvan leaving your party permanently.

If you never complete this quest, you'll have Brau and Sylvan in your party permanently. You might want to keep them around for flavor or for a challenge! They're cute, but they never really grow much stronger.