In Romancing SaGa: Minstrel Song, every individual starting character has a different start to the game. They vary not only in the company they keep, but the locations they start in. This can make the game's opening hours easier or harder, depending on what you're comfortable with.

Barbara is easily the most 'open' of the starting characters. You get your freedom just minutes into the game, and she starts with a great deal of the map unlocked right from the off. From this very open start, she can go anywhere and take on the game's challenges in whatever order she wants. 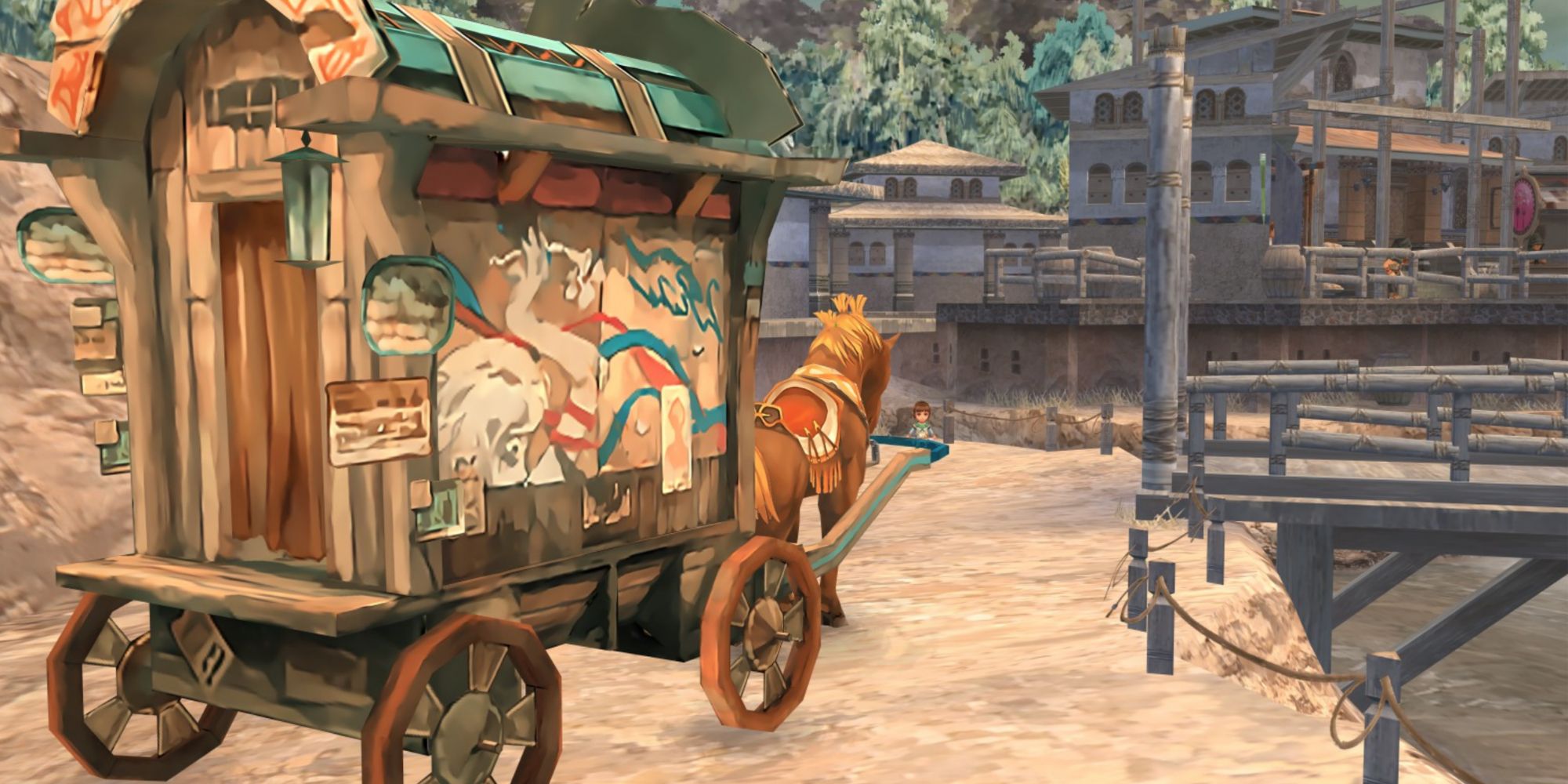 One thing you'll notice right off the bat is that Barbara comes with a wagon – you can use this in many areas to travel in safety. Rolling over monsters will not trigger fights or increase your Event Rank. You can dismount from the wagon at any time.

Barbara doesn't start the game alone – she has Herman along for the ride. 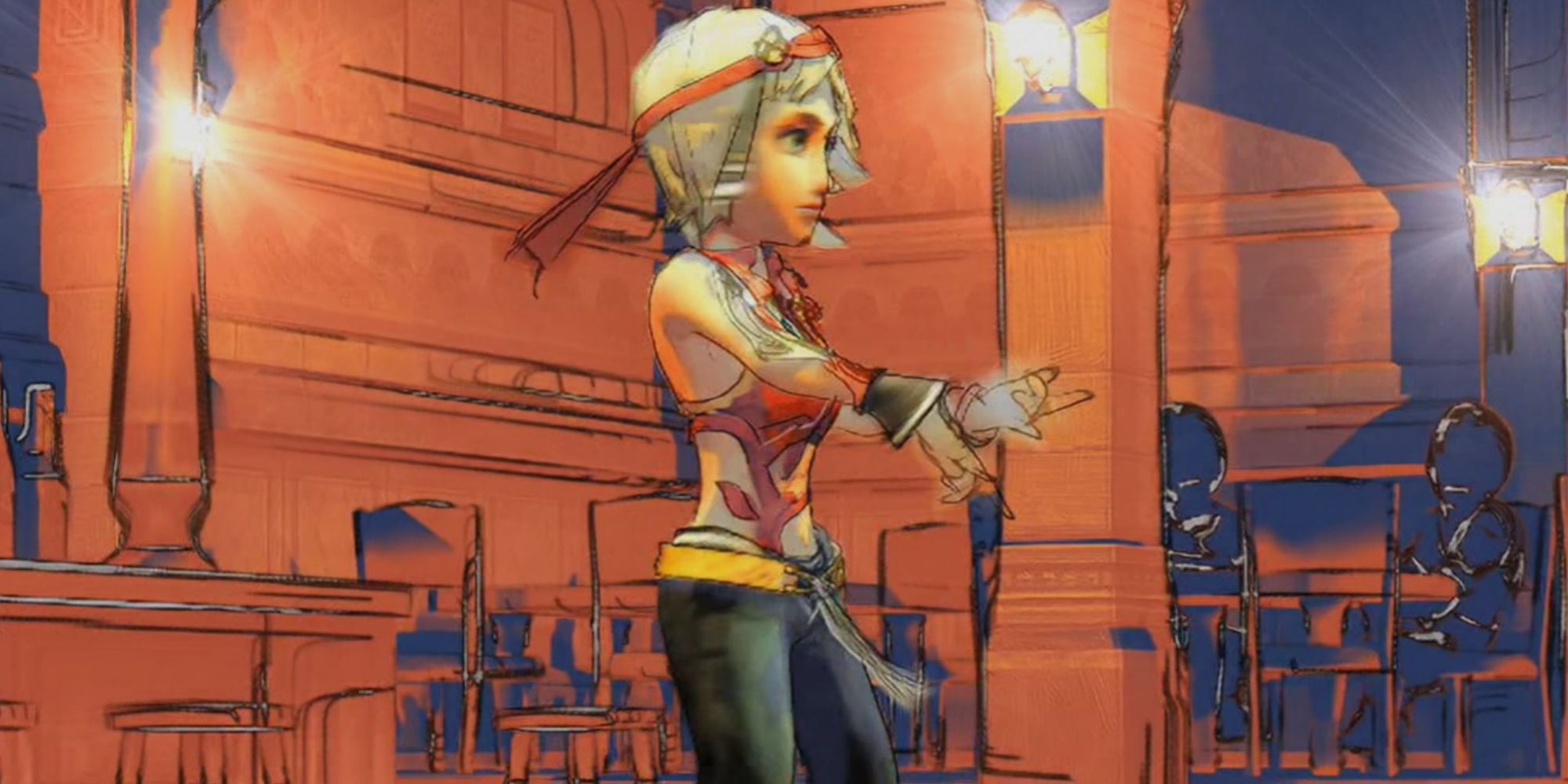 Barbara has precisely one thing to do before she gets full, unrestricted access to the world. Go to the pub in Weston and talk to the Minstrel there. You'll witness a short scene and the Minstrel will gift you the Amethyst, which can be worn as a necklace.

The Amethyst is a very nice accessory and should be equipped asap. Barbara comes equipped with when you recruit her in other characters' scenarios, so be sure to pick it up in every playthrough! 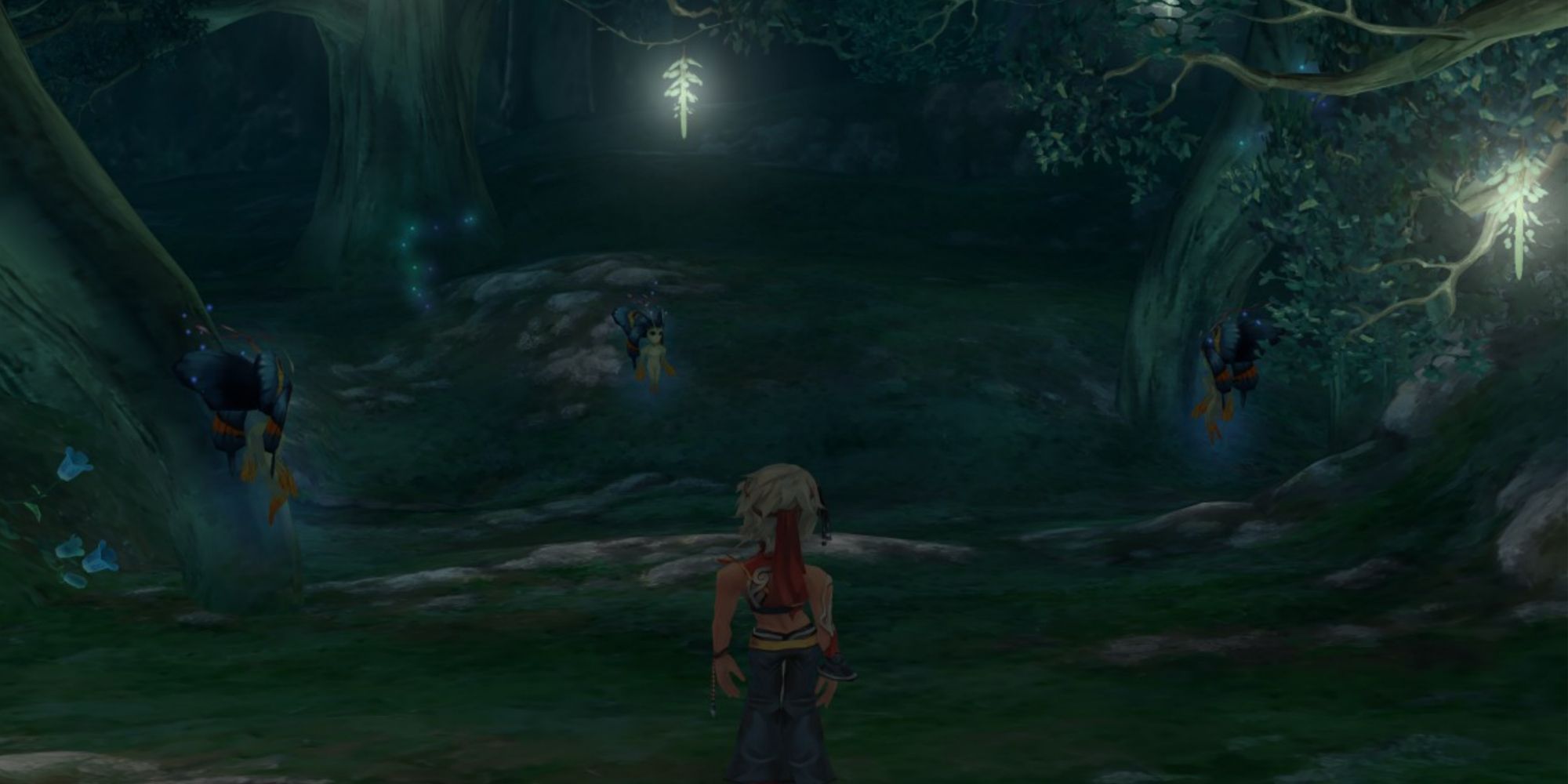 With that tiny 'quest' out of the way, where to from here? Well, opening up the rest of the world is a good idea, and the best way to get large swathes of the world open is by recruiting certain characters. Before that, though, talk to the woman in the east of Weston to open up Yassi and the most time-restricted quest in the game, Unsettling Settlements.

In addition, having possession of the Amethyst is what unlocks the Faerie Grove. This is a magical location that travels around the map randomly. When you see it, head there and talk to every Faerie inside to trigger a long-term, highly rewarding quest.

The following characters should be recruited once even if you don't plan on using them long-term, as they unlocks lots of locations.

If these characters are not in their respective locations, leave and return a little later to try again.

Those three will give you a good few locations to explore – in addition, talk to every NPC and take every ferry you can. You should accrue quite a few quests to take on, and you can go from there. With so many locations unlocked, it'll also be quite easy to gather up a full party, making the early hours a little easier for you.