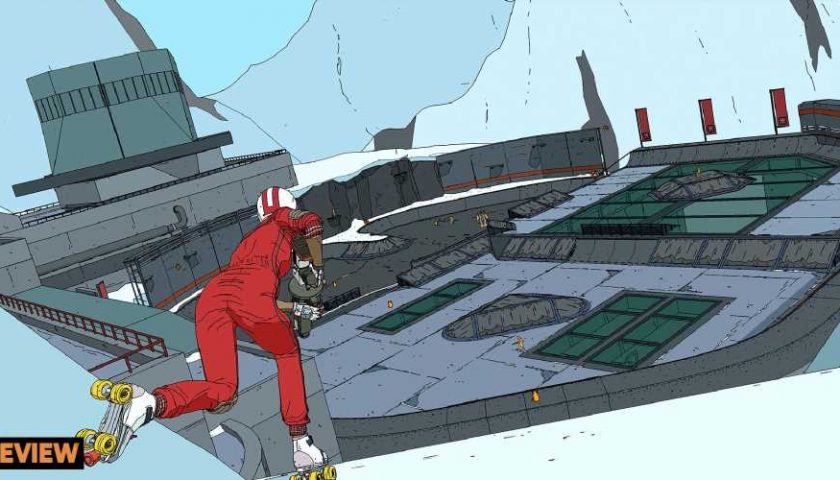 From the moment I saw Rollerdrome, I was into it. Its Comic Jumper-esque art style, bleak futuristic tone, and the Tony Hawk-style movement and tricks with gunplay lathered on top are all extremely my shit. My interest was only furthered when I found out it was being developed by Roll7, the same team behind OlliOlli World, which I gave a perfect score earlier this year.

After having played through the first six levels of Rollerdrome, it’s looking like yet another hit from the team. It takes the same approach to having one gameplay mechanic that’s taken as far as possible, but now, instead of 2D skateboarding, platforming you’re emulating the 3D movement and tricks of a Tony Hawk game while trying to fight for your life. That team just gets me, apparently.

The first thing that stood out to me with Rollerdrome was its control scheme. Having instantly decided this was like every other 3D skating game I’d ever played, I assumed that you’d have to hold down X to move. Instead you just push forward and Hasan handles the rest; you’ll naturally speed up a little bit with momentum from ramps, but generally that’s not something you have to worry about. 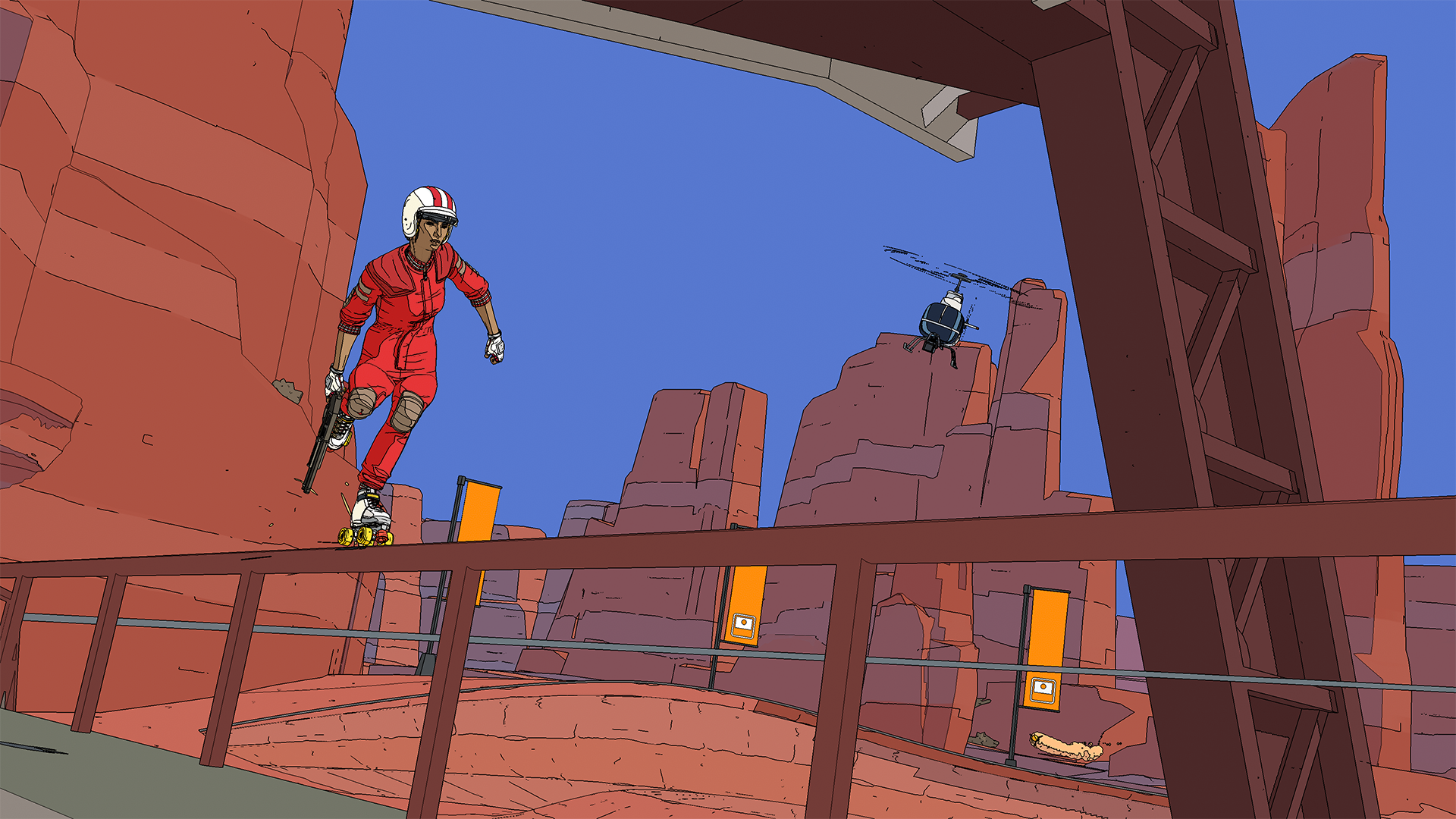 As you move around each level’s unique arena, you can spin in the air, perform an almost endless amount of directional grabs, grind on rails, acid drop into ramps, wallride, and jump around the battlefield. Doing these will keep your combo meter sustained in between killing enemies, and also make you look extremely fucking cool while doing it.

Moving is just half the battle, though. Although tricks will keep that combo meter sustained, killing enemies is what increases it and what give you a better score at the end. This is where tricks play into the combat, as each one you perform will reload your weapons. There’s no other way to do so, which means the flow of Rollerdrome is just constantly pulling off tricks to keep your weapons hot and then killing everything you see.

It can all feel a bit overwhelming at first, especially during the initial levels where you’re still being taught new mechanics like wallriding and you’re just given the shotgun and told to figure it out. It doesn’t help that each enemy also has different weaknesses and ways to fight them, meaning that you can’t just go in guns blazing, and have to learn them inside out while also focusing on your sick skateboarding skills.

Playing through the first few missions gave my ego a massive kicking. After skating around a bit and killing everyone with ease, my jaw dropped after seeing that I’d only managed a ‘C’ rating. What the hell do you want from me, Rollerdrome? Replaying stages to get better scores is where the real magic kicks in, something that OlliOlli players will definitely be familiar with. Like I said, the trick to getting a good score is, well, the tricks. Figuring out how to keep up a constant pace of tricks and kills is where Rollerdrome really shines and the ultimate goal of doing it all in one, smooth, violent combo is incredibly enticing.

That was just the first level, too, which took place in a simple roller skating arena. Another level saw me skating around a bigger canyon area that focused more on ramps and verticality, while my favourite of the levels, a snowy research station, has massive gaps in the middle of the map that are easy combo ruiners.

Although the six levels I played were fairly easy to get through on their own, each of them also has ten challenges that range from performing a specific trick or only using one of the weapons, to trying to finish the stage in a certain time. There doesn’t seem to be too many levels overall, so the replay value seems to come from that desire to master the mechanics and cross off those checklists, something Tony Hawk’s fans will surely be familiar with.

From what I’ve played of Rollerdrome, it’s clear that Roll7 has found its niche in taking one skill-based gameplay mechanic and then doing as much as it possibly can with it. It’s a very different beast compared to OlliOlli, but it’s just as satisfying and makes you feel like just as much of a badass. Rollerdrome is definitely one to keep an eye on.