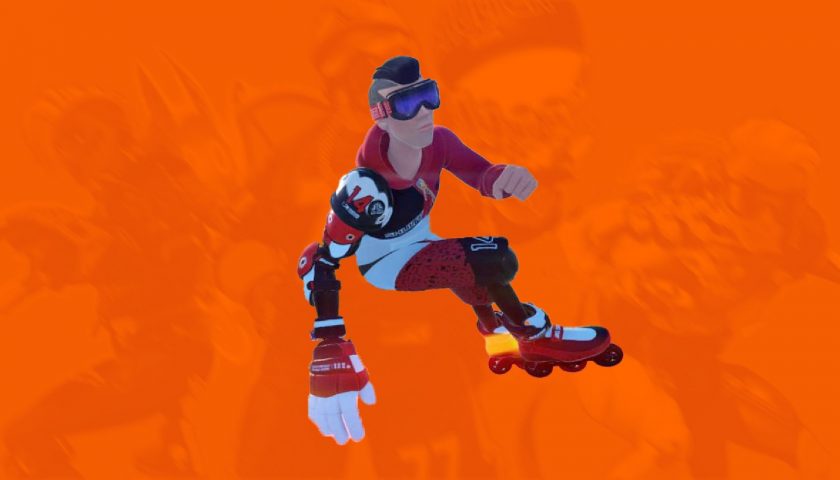 An industry insider recently claimed that support for Roller Champions will be coming to an end after its third season. Despite Ubisoft claiming that the game was tracking higher than Hyper Scape in terms of player activity, it seems the free-to-play sporting royale isn’t faring much better than the doomed shooter, and thus is set to meet the same early grave.

It’s a shame, and yet another sign of how oversaturated the live service market is and how Ubisoft is yet to even recognise that fact. Hyper Scape launched with a surprising amount of hype, but a lack of post-launch support or ways to compete with the genre big boys meant it was quickly forgotten. It followed in the footsteps of Spellbreak, Radical Heights, Firestorm, and goodness knows how many others I’m forgetting to mention. It’s a hard life out there.

But Roller Champions was different. It had the potential to be fantastic if only it was presented in a way that appealed to the mainstream instead of being dumped into the wild with no way to defend itself. I first played the game at E3 2019 long before it had a release date, dabbling in a few rounds as I found the mechanics easy to pick up yet deviously hard to master. It reminded me of Rocket League, and could have been a serious competitor to the football juggernaut if only it was given the chance to shine. 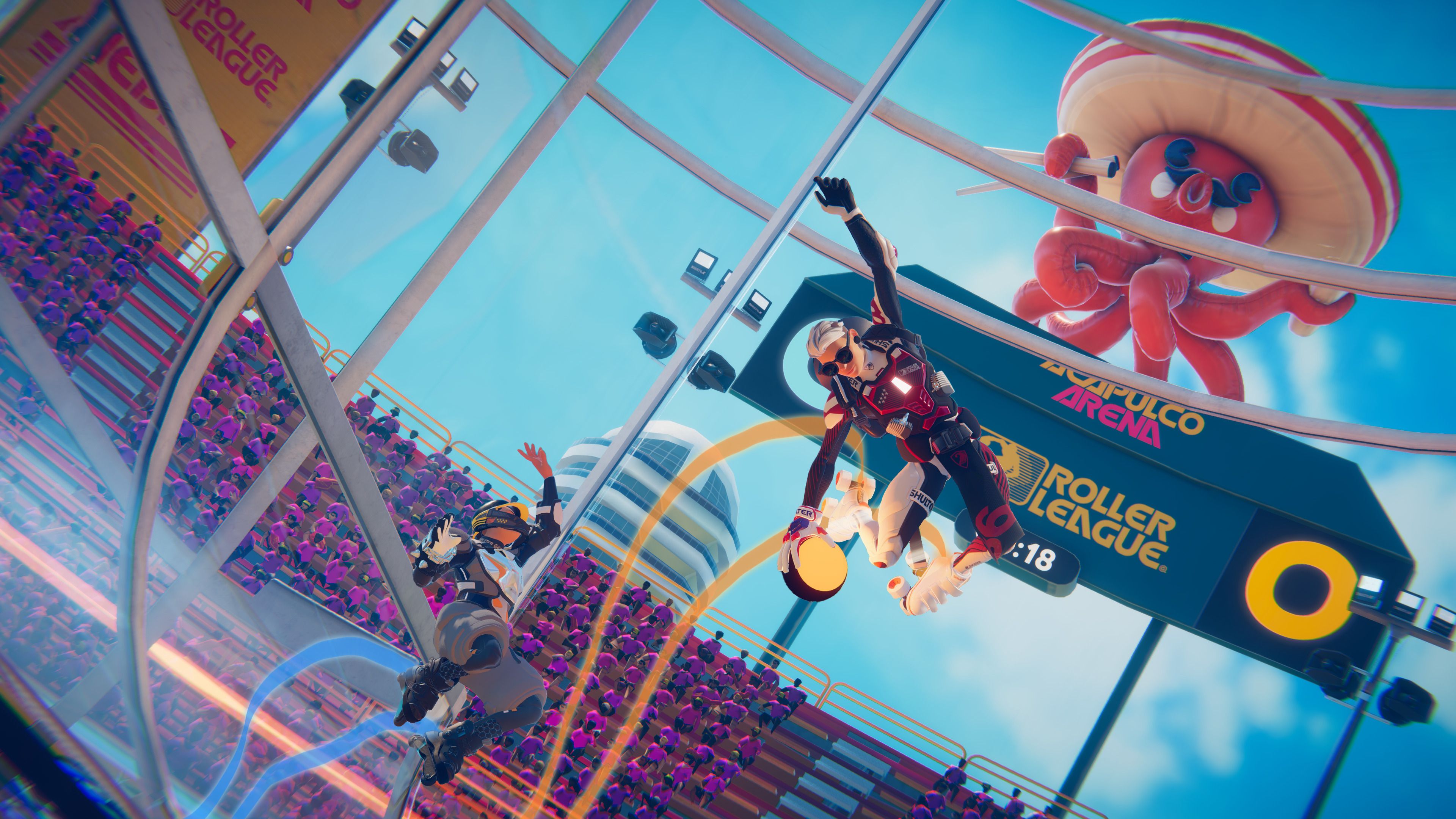 Instead, it was delayed multiple times and trotted out earlier this year with a whimper. A few of my colleagues talked about it and there was a whisper or two made online, but beyond that it seemed to fall into irrelevance almost immediately. Of course Ubisoft would save face and say it’s doing totally fine, but you need only take a cursory glimpse at the wider picture and you’ll notice things are looking very sour indeed.

Rainbow Six Siege and For Honor are quietly popular service titles, with seasonal updates bringing hardcore fans out of the woodwork to celebrate how their favourite game is still going strong. Fortnite, Apex Legends, PUBG, and Genshin Impact are so massive that discussion around them feels omnipresent, like there is always something to touch upon and thus new players trickle in with a natural cadence while existing ones make sure to play each and every day.

When the playing field is this concrete, newcomers nestling in has become almost impossible. But Ubisoft, perhaps more than most, has become insistent in trying time and time again to get a slice of the pie it is already eating plenty of. But it can always be making more money, so of course it takes otherwise excellent projects and twists them into live service darlings. Yet it has failed time and time again, which is likely why Ghost Recon Frontline and other unannounced titles were cancelled last week, to avoid making the same mistakes and dooming even more properties to an early grave out of pure economic greed.

Stop hurling an unreasonable amount of resources into projects with such little foresight that failure becomes inevitable. Live service games are clearly going to be a major part of the medium’s future, but that doesn’t mean every single title you make needs to abide by such conventions. There is only so much time in a day, and the majority of consumers will choose a service game to dedicate their daily grind to alongside more independent experiences that aren’t asking so much of them.

Trying to complete one battle pass is hard enough, but when everything under the sun is begging for our attention when it comes to seasonal updates, some are going to fall by the wayside. For Ubisoft, it has continued to pump these games out without stopping to smell the roses, realising its overambition has morphed into hubris that is only hurting the creative talent it oversees that deserves so much better. I forgot about Skull & Bones too, which is coming this November and will once again be a live service game. 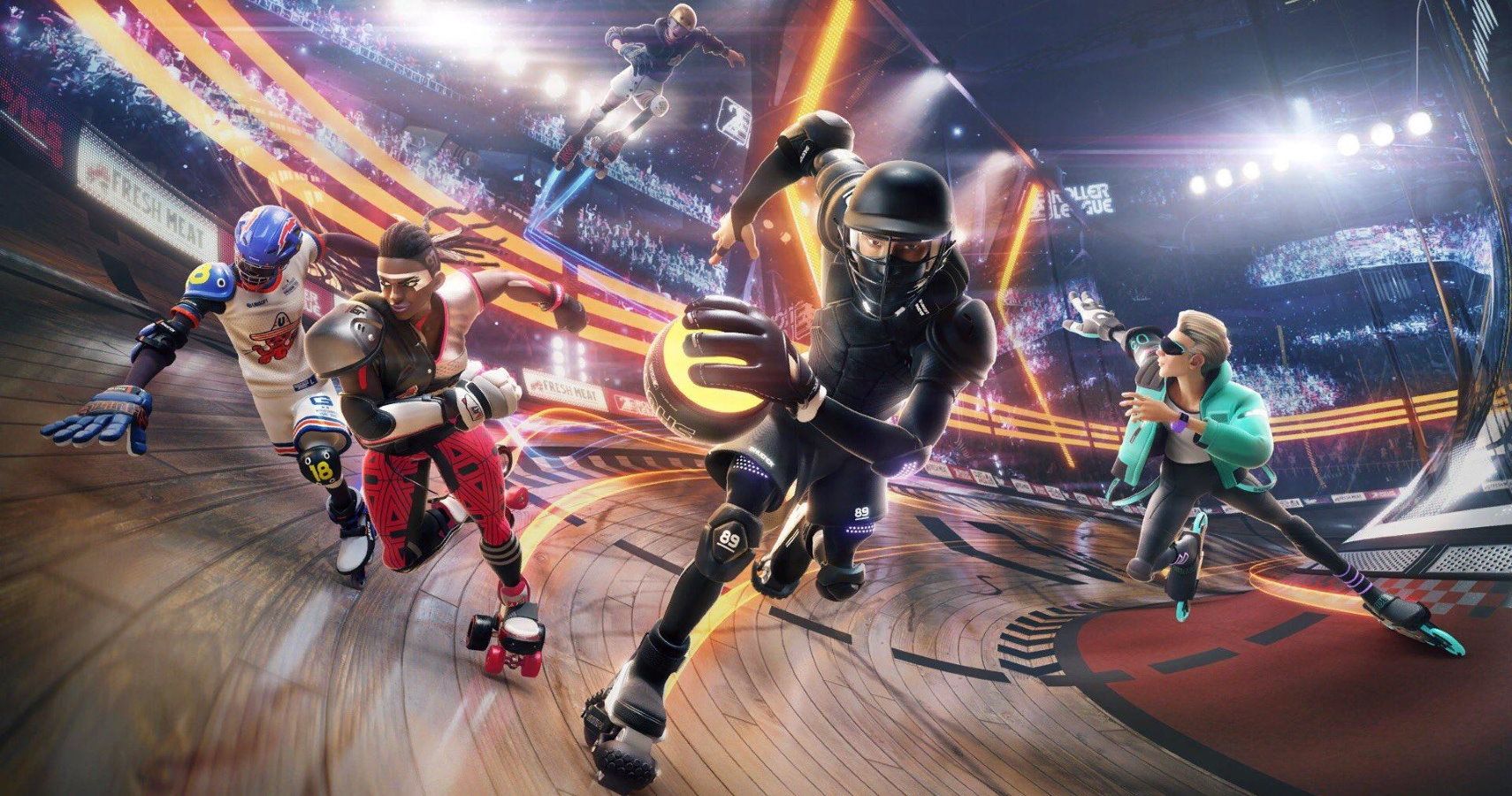 Roller Champions could have been a compelling sports title with a neat mode of progression and worthwhile online multiplayer across all platforms, but instead it sought to mimic a live service approach it really wasn’t built for. When support is pulled for games like this, they’re basically a failure, no longer justifying ongoing support because there either aren’t enough players or enough money being made behind the scenes to keep going. I don’t think this is the fault of the developers who made this game a reality, but rotten industry practices that Ubisoft is continually privy to because it will always put profit over artistic integrity.

Games like this deserve better, even more so when their early demise is almost never, ever their fault in the first place. Who knows though, maybe it really is just a rumour.