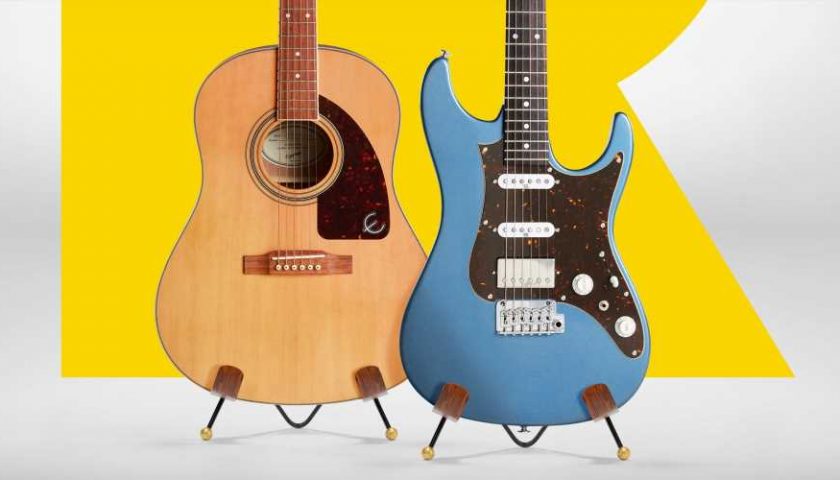 I spent my lockdown learning how to play the bass. Most people settle on the guitar when it comes to picking up their first instrument, but I've always been a rhythm section guy. It's basslines my ear gravitates towards when I listen to a song. Now, a few years later, I reckon me and my buttercream Fender P-Bass could hold our own in a slightly-above-average punk band. But lately I've found myself drifting over to the Other Side, to the beguiling, confusing world of the six-string. I got a basic $150 Fender acoustic and a Squier Telecaster (in burgundy mist with humbucker pick-ups, extraneous detail fans) and have spent the last few months trying to strum some sense into them.

I've been learning how to play guitar the same way I taught myself bass: by watching YouTube tutorials and following tabs for songs I already know well. Then, through that process, I add more chords, notes, and techniques to my growing arsenal. I'm sure there are better ways to learn an instrument, but I don't really care. It sounds good enough to me. I know how to make a bunch of nice sounds (including a few pesky barre chords) and I can play Shady Lane by Pavement all the way through on both instruments. That's all I need. I still fumble with my fretting hand a lot, but a cranked-up overdrive pedal can always cover that up. That's the secret guitarists don't want you to know. 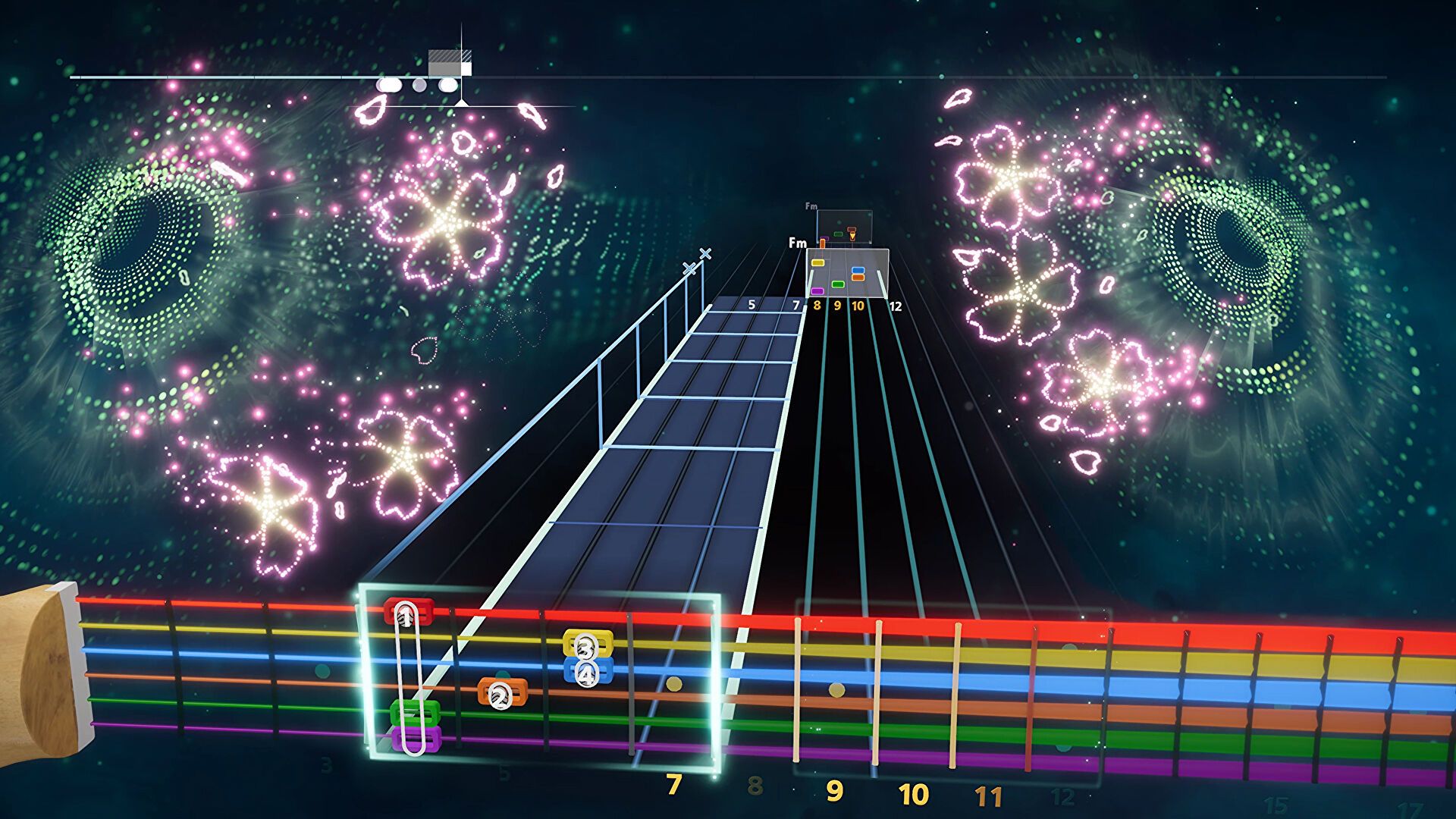 However, this week I felt the urge for slightly more structured learning. I'm sick of guys on YouTube being like 'just do this' and making an impossible shape with their hand that instantly gives me cramp. I've tried Fender Play before, a video-led online tutorial thing, but found it a bit sterile and boring. Then I remembered Rocksmith+, which Ubisoft revealed back at E3 2021. This is a new subscription-based version of its game of the same name, so I decided to throw $15 at them for a month's sub. That's not exactly cheap, but I figured that if it taught me a few new songs it was probably worth the entry fee. It's currently only available on PC, with the promised console versions still MIA.

I also dropped $25 on the official Real Tone Cable. Apparently you can just point a mic at your guitar and the game will register it, or use a standard USB audio interface, but I wanted to take advantage of the cable-only tone simulation feature. Similar to software like GarageBand, this adds impressively authentic-sounding effects to your guitar—including fuzz, reverb, tremolo, vintage amps, sound-a-likes of legendary stomp-boxes, and more. On the main menu you can choose from an overwhelming selection of pre-made tones and just shred away, which I like doing to warm up before hitting the lessons. Some of the metal-flavoured ones make my Telecaster sound monstrous.

To test Rocksmith+ out I decided to pick a song I knew intimately—Geraldine by Glasvegas. But when I first played it, I was barely doing anything. The song was playing, but I only had to hit a single note every few seconds. This, I realised, was the game easing me in and getting a sense of my skill level. When it became aware that I was hitting each note easily, it started throwing more in, gradually filling out the song until—after an hour or so—the difficulty level hit 100% and I had to play every note and chord. It's a genius system, getting you comfortable with the general structure of a track and drip-feeding you more complexity until, before you realise it, you're suddenly playing the entire thing.

It's not an especially difficult song, but there was one bit that kept catching me out—a quick change with a couple of slides thrown in. But Rocksmith+ lets you isolate one part of a song and keep playing it over and over again, and after 25 minutes of doing so the passage that was causing me problems was suddenly wired into my muscle memory. I can do it without even looking down at the fretboard now, which is huge for me. I'm always peering down at that thing. Now I can play all of Geraldine by Glasvegas, one of my favourite songs, from start to finish. Your mileage may vary, but for me this was sufficient proof that Rocksmith+ works as a teaching tool. Now I want to try some trickier songs. 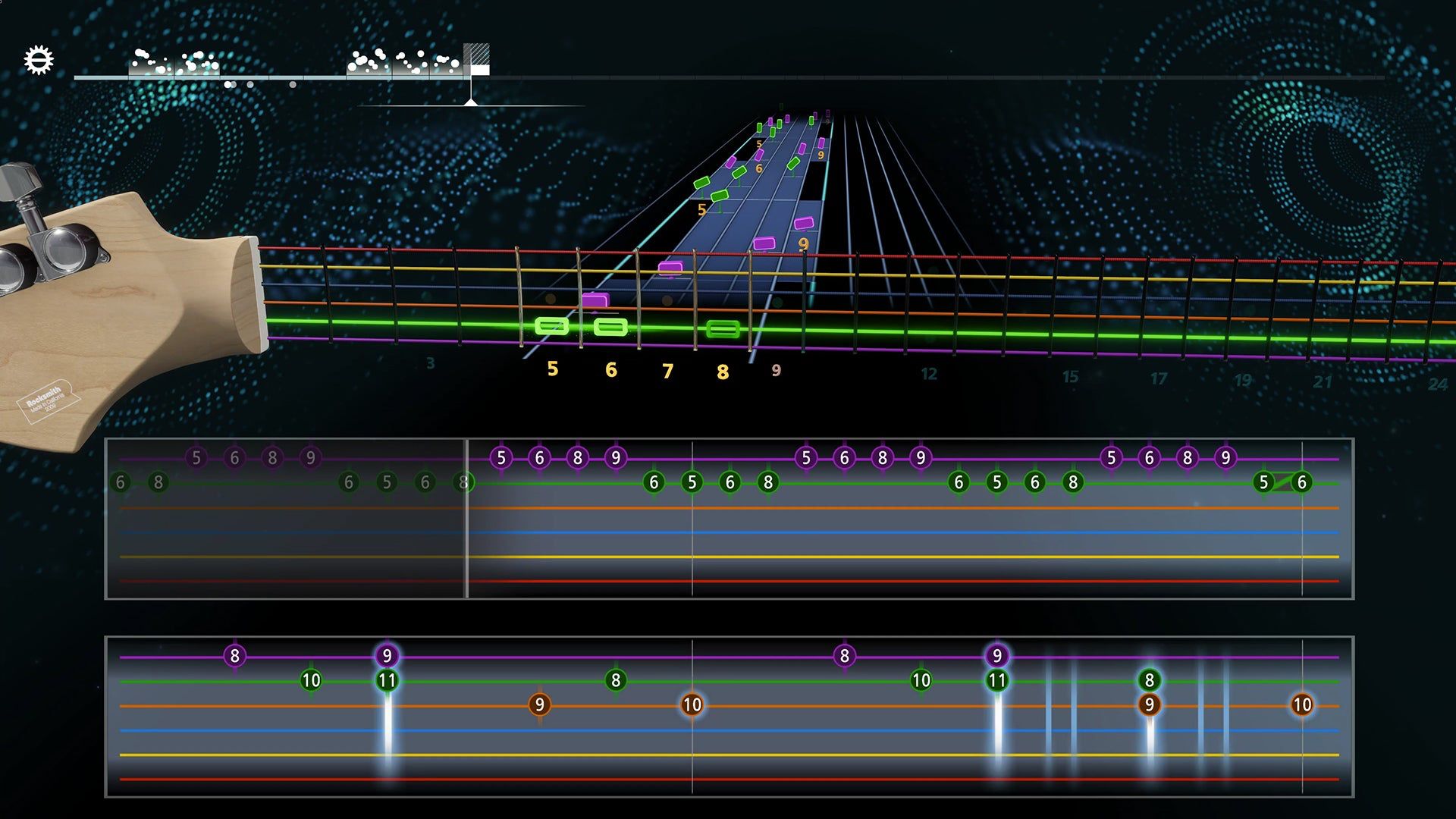 I'm not sure what it'd be like going into the game having never even held a guitar before. I had the benefit of a couple of years playing bass and a few months learning the basics on my little acoustic. The evening I spent committing the G chord to muscle memory likely helped with the on-boarding process. But for someone at my skill level—fundamentally shit, but showing promise—I'm having an excellent time. The song selection is quite limited, and I really don't need one more subscription service in my life, but I reckon I'll give Rocksmith+ at least another month before I decide whether it's a keeper or not. It's just nice to play a video game that's teaching me some actual real-world skills.