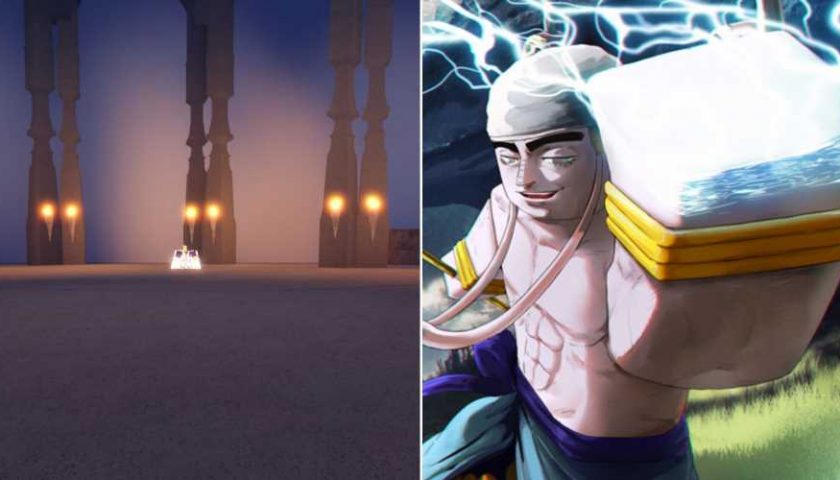 As soon as you start playing Roblox Project New World, you'll be on an island with a bunch of enemies already. As you explore this starter island, you'll see a couple of things on your HUD including the amount of Beli you have. Symbolized with the "$" sign, Beli is the main currency in the game that will be used for various things.

In the beginning, you might look at a couple of things and realize that a lot of money is required if you want to get good items. To keep up with this requirement, there are many ways to make quick money, and you'll save a lot of time if you use these methods as well.

The Delivery Task Gives A Ton Of Money 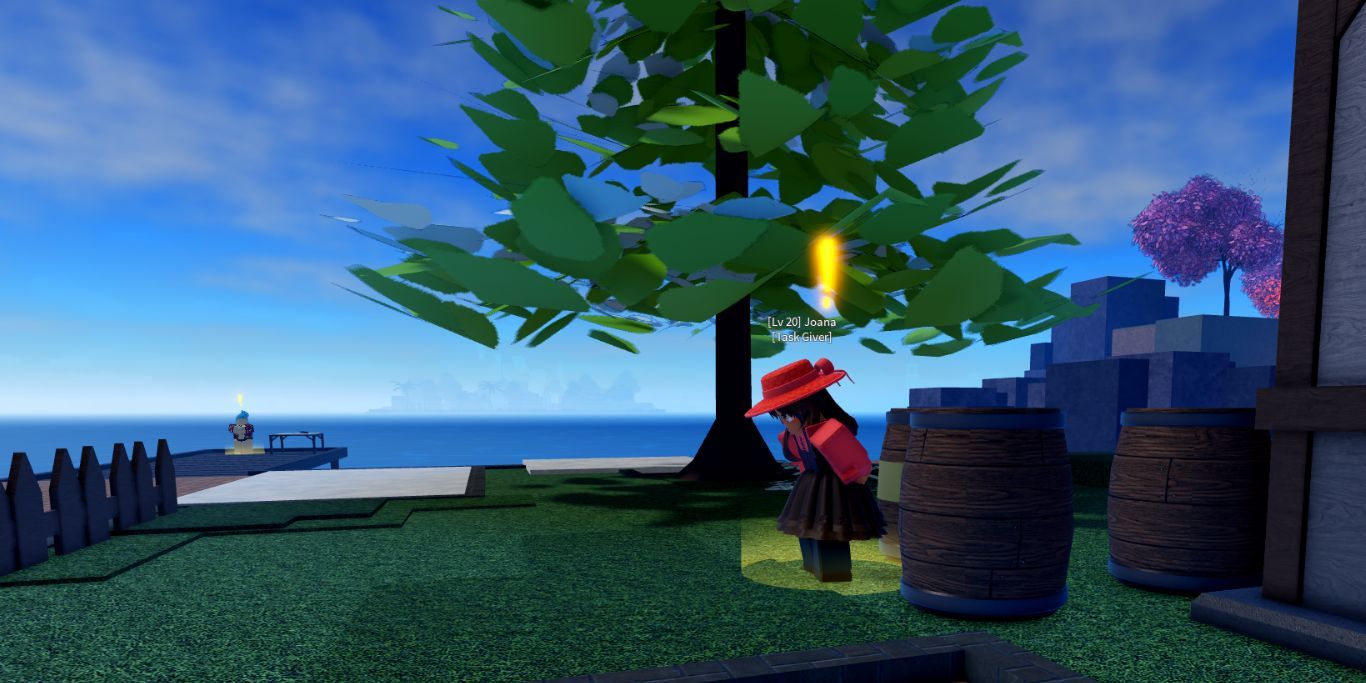 From the very start to the very end of Roblox Project New World, the delivery task given by an NPC on the starter island is going to be a great way to make a quick bag. This NPC can be found near the port that has the person who spawns boats for you, and she has a green hat on top as shown in the picture.

When you take the task from her, a barrel will spawn on your character with an arrow above it. This arrow will guide you in the direction of the person you need to deliver it to. As you follow the arrow, you'll find a person with white hair who will take this package and disappear, giving you the rewards.

The player EXP you get from this quest increases based on your player level and the bosses you've cleared, but the amount of Beli stays the same. You will always get $5000 when you successfully finish this quest, which is more than you can get from any quest unless you're super high level.

Although, you can only do this quest once every 30 minutes. There might be times when you die in the water with the barrel because you have a devil fruit, or someone might kill you during the delivery. It's important to note that the barrel will disappear if you die, and you won't be able to get the quest for 30 minutes.

Moreover, this quest becomes a little time-consuming if you're farming on islands with a minimum level of over 800 because of the distance. 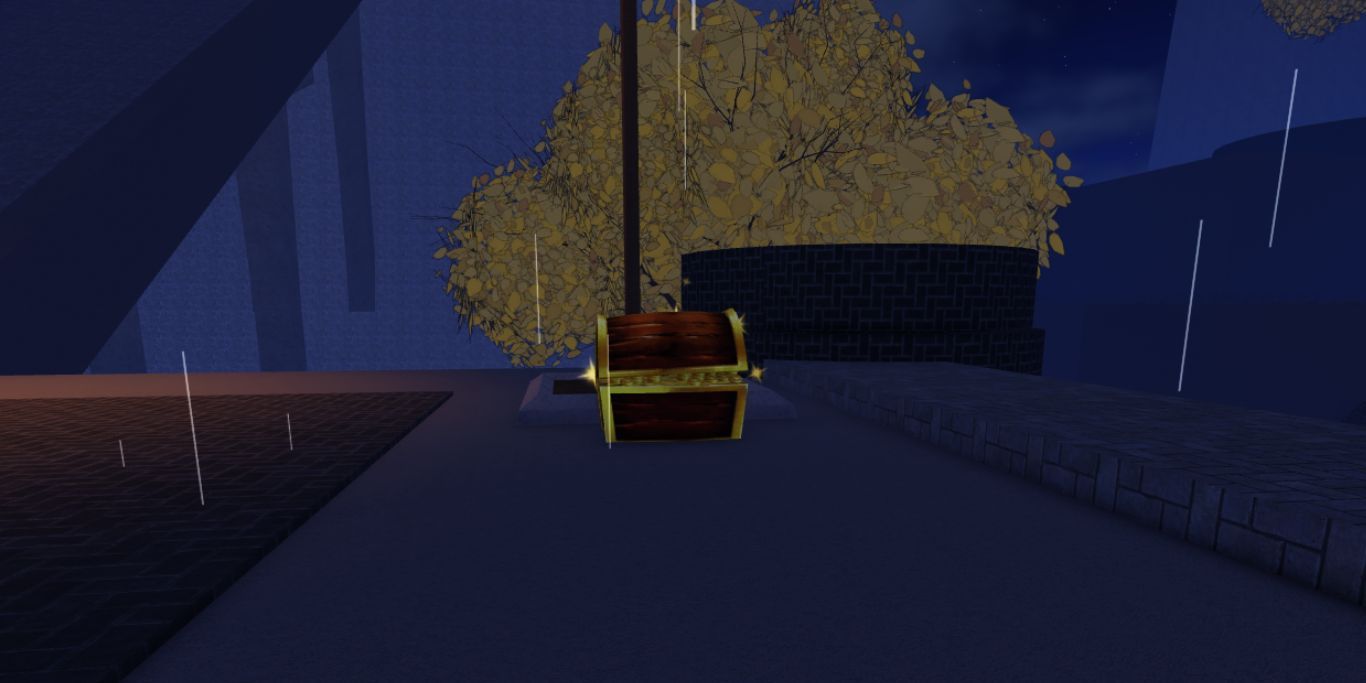 If you love exploring the numerous islands in the game, you have probably found a chest already. Every island in the game has three to four chests that can give you 100 to 400 Beli at random. While this might seem insignificant, it can build up quickly if you dedicate yourself to farming these chests every few minutes as they respawn.

The important part is to explore these islands for the first time and note down the chest locations. Once you have these locations, you can check back on the quest while you're farming the mobs on that island. The best part about it is that you don't have to go out of your way to claim these, and it can be a decent source of income. 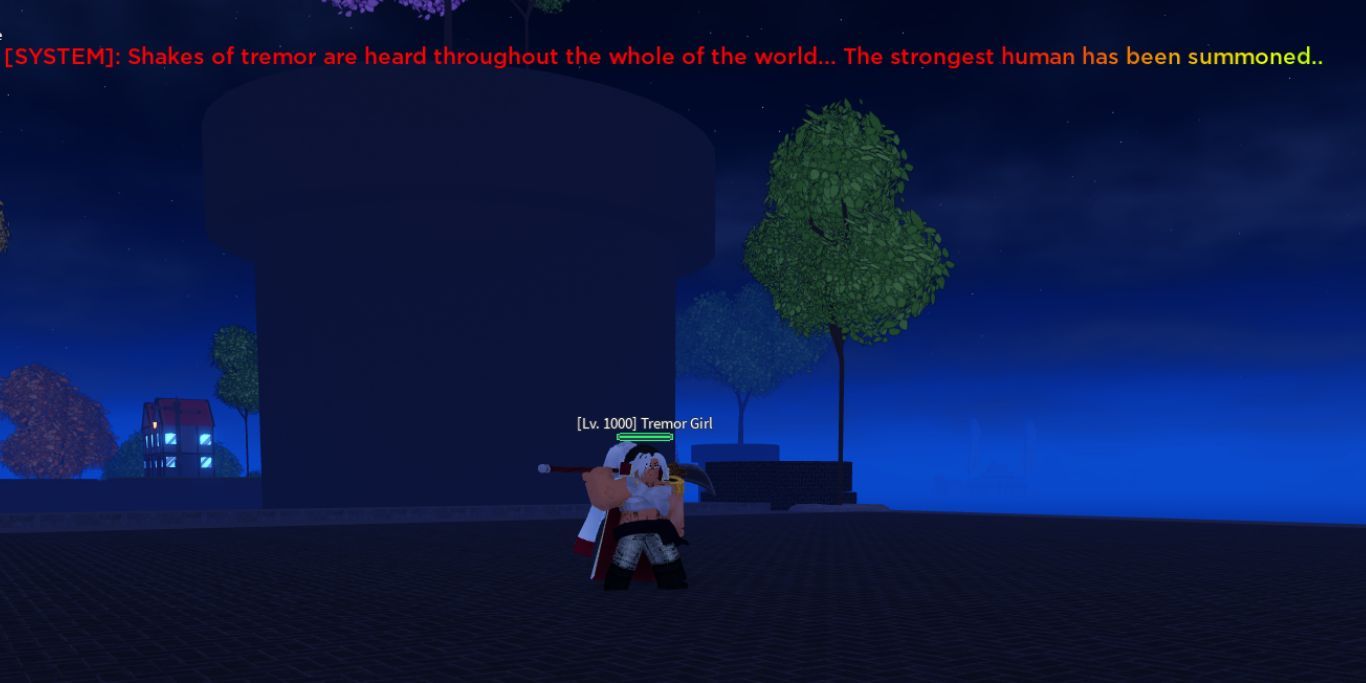 While you can defeat normal mobs and bosses at any point in the game, super bosses are quite tricky and rare to come by. While there is a small cooldown when you fight a normal boss, super bosses are completely different, and most of them need to be spawned by the players.

Here's how you can spawn every super boss in the game:

Apart from all these bosses, the Christmas event also brought a super boss called Krampus into the game. While this might be time-limited, you can spawn this boss by finishing the quest on the Iceberg behind the starter island. You'll have to defeat a few enemies and deliver some gifts to spawn the boss.

Apart from Beli, super bosses are also a phenomenal source of Gems and player EXP. Depending on the boss you defeat, you can get anywhere from five to 25 gems from the fight. Although, there is a minimum damage requirement if you want to get rewards once any of them are defeated.

Whenever a world boss spawns, a message is displayed on the screen of every single player on the server. This leads to scenarios where stronger players arrive to defeat it, and you might not get enough damage dealt in time. 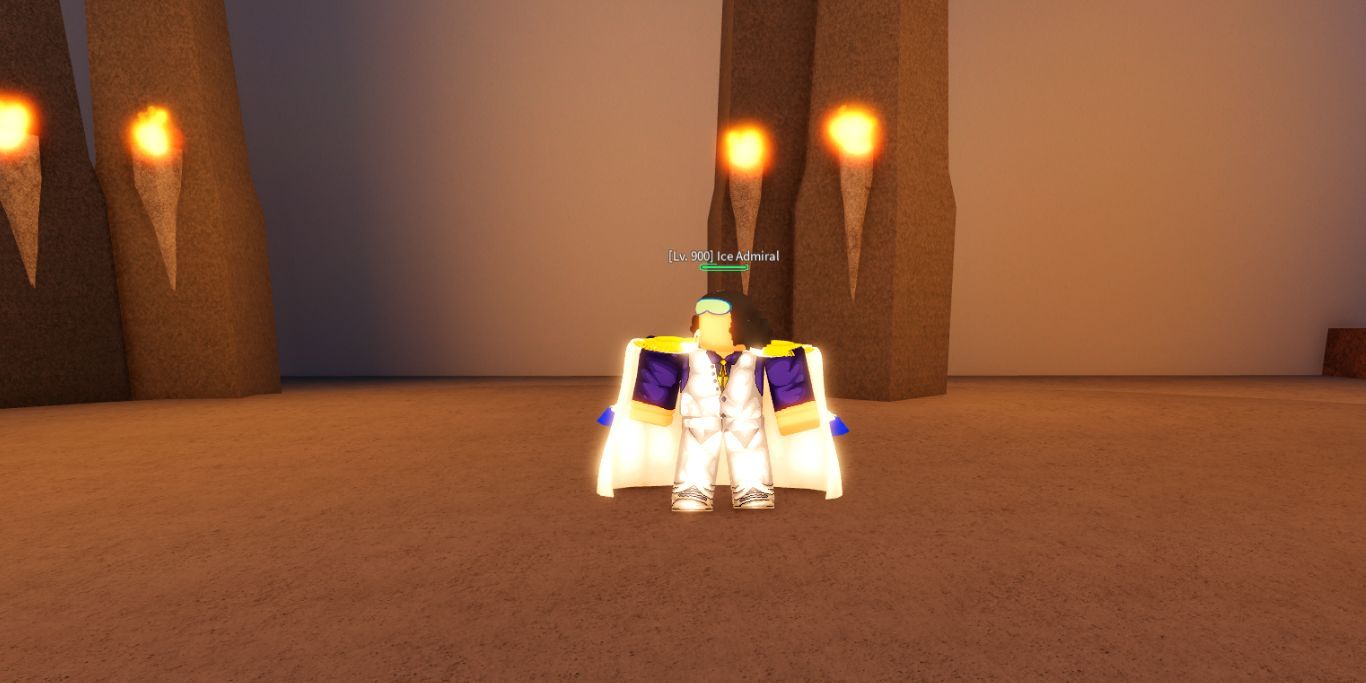 When you look at the Beli you can get from quests on the starter island, you'll realize that they're nothing compared to what you need for different things. Although, both the player EXP and Beli increase as you take quests on islands with a higher minimum level requirement.

For example, you can get almost 9000 Beli by defeating the Warden boss in Impel Jail once. So, you have to try and get your level increased as fast as possible.

Sometimes, it's better to farm a lower-level island even if your level is high enough to get to the next one. The EXP and Beli difference in the rewards of the two islands might not be enough to warrant the increased time it takes to defeat higher-level mobs.

In these scenarios, you can constantly farm the lower-level island until you get enough levels to bypass the island in the middle.

Why You Need Beli In Project New World 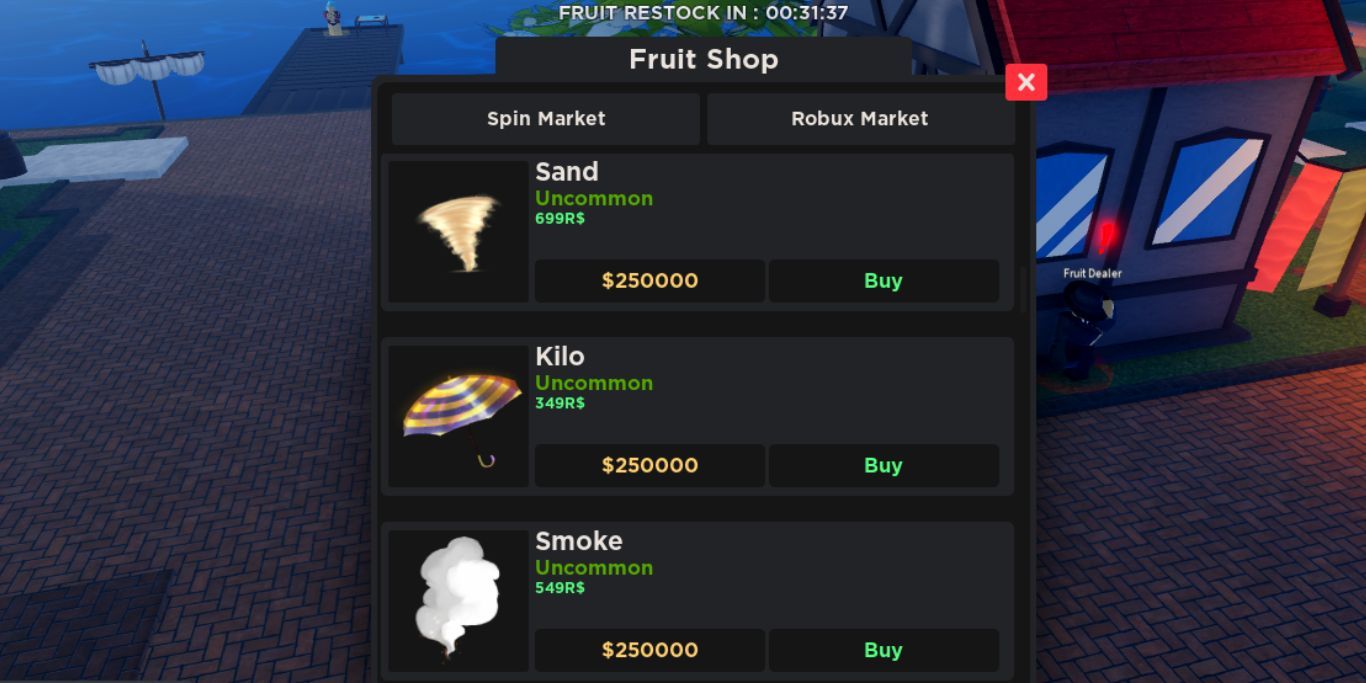 With so many ways to make a ton of money in little time, you might be wondering where to spend all this cash. Here are a few things that take a ton of Beli in Project New World: