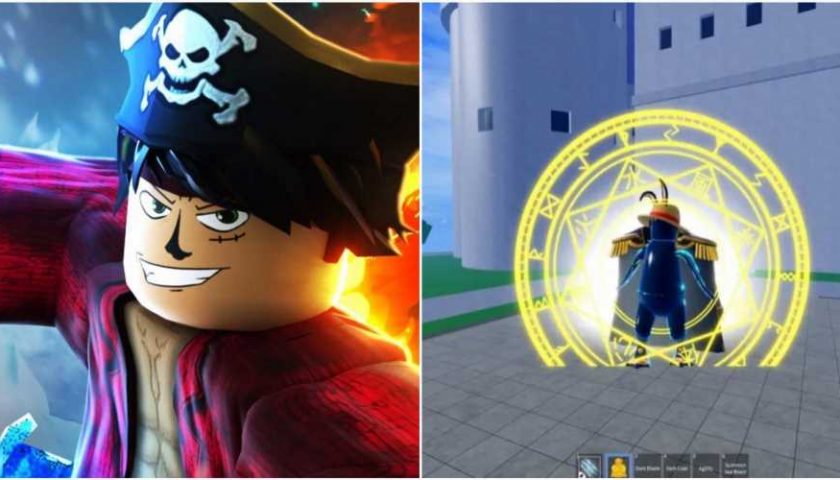 Roblox is a great platform for shonen anime fans. There are heaps of games based on just about every popular franchise, where players can have fun with the same abilities as their favorite characters. Standing atop the pile is Blox Fruits, the hugely successful game inspired by the similarly monolithic manga series One Piece.

There are tons of ways to customize your character's moveset in Blox Fruits. The titular fruits give you a variety of themed special abilities. Once you reach a certain level, you'll want to upgrade your fruit moves by awakening them. Not all the game's fruits can be awakened yet, but the ones that can are seriously powerful. 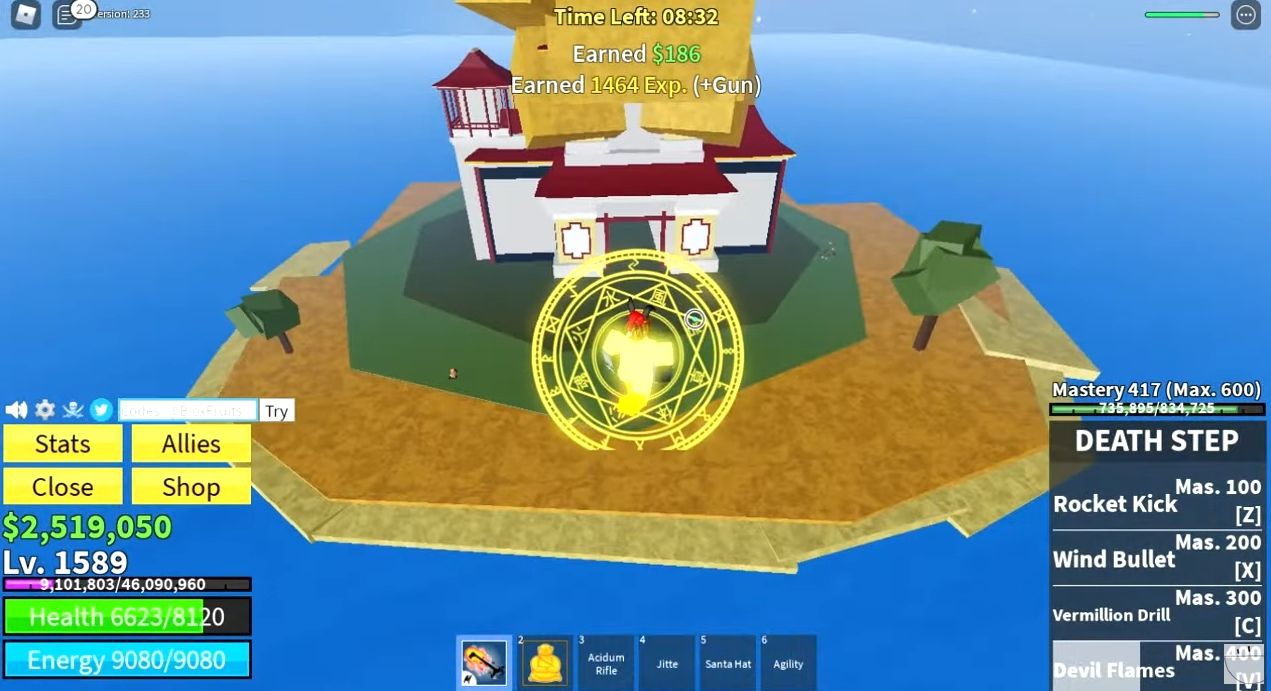 You can only awaken fruits if you have a special currency called fragments. Fragments drop from completing raids. Raids are minigame challenges where four players team up to beat waves of enemies within a time limit.

A player needs to buy a Raid Chip from the Mysterious Scientist to start a raid. The chip unlocks at level 1100 and costs 100,000 Beli. Only one player — let's call them the host — needs to buy and use a chip to get into a raid. The other three players don't have to have a chip. This also means the other players can be below level 1100. We don't recommend being underleveled in a raid, though. The enemies are balanced around everyone being at least 1100, so players below that will have a hard time surviving. You can only buy one Raid Chip every two hours.

If you defeat all five waves of enemies in the raid, you'll receive up to 1000 fragments. You will get more fragments the more time you have left. If you survive to the end of the time limit without clearing all five waves, you will get a smaller sum of fragments. If you die, you will fail the raid and receive no reward.

The best fruits for raids are the ones with big hitboxes on their attacks, since you will be fighting multiple NPCs at once. Buddha fruit is very popular for raid grinding because it reduces incoming damage. 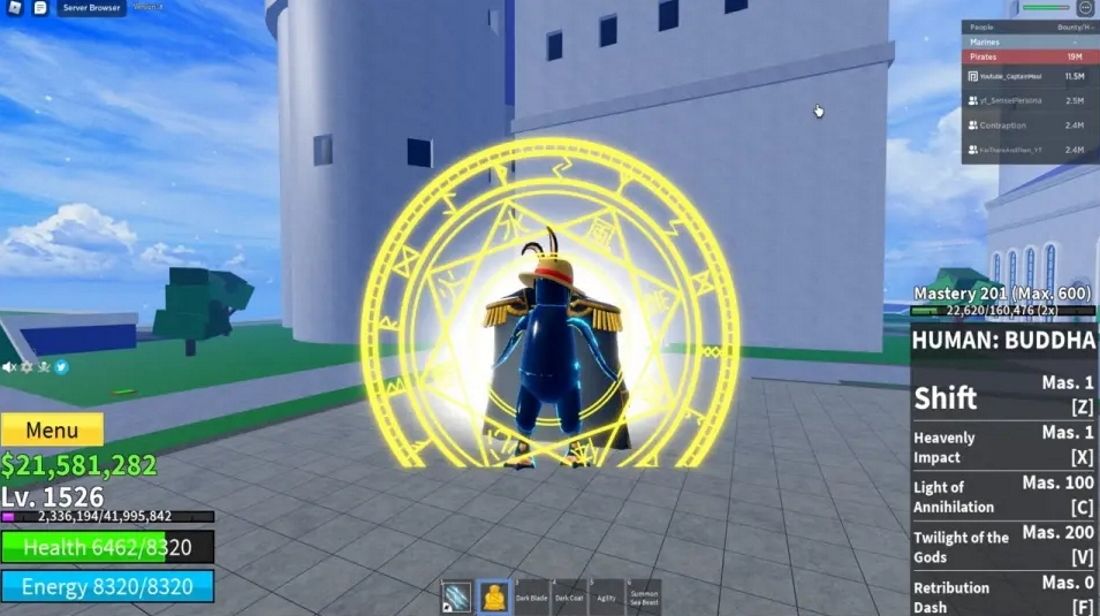 Notice that each raid is themed after a specific fruit. Complete the raid with its corresponding fruit (i.e. the Buddha fruit on the Buddha raid) and you will be taken to a room with the Mysterious Entity. Talk to them to spend your Fragments and awaken your fruit's moves. You have to awaken each move in order: Z > X > C > V > F. The exceptions are Quake (only four moves) and Rumble (has one extra awakening after F).

As of this writing, there are eleven fruits that can be awakened. One of them, the Phoenix fruit, requires some extra steps. We'll get into that later in the guide, but here are the first ten fruits: 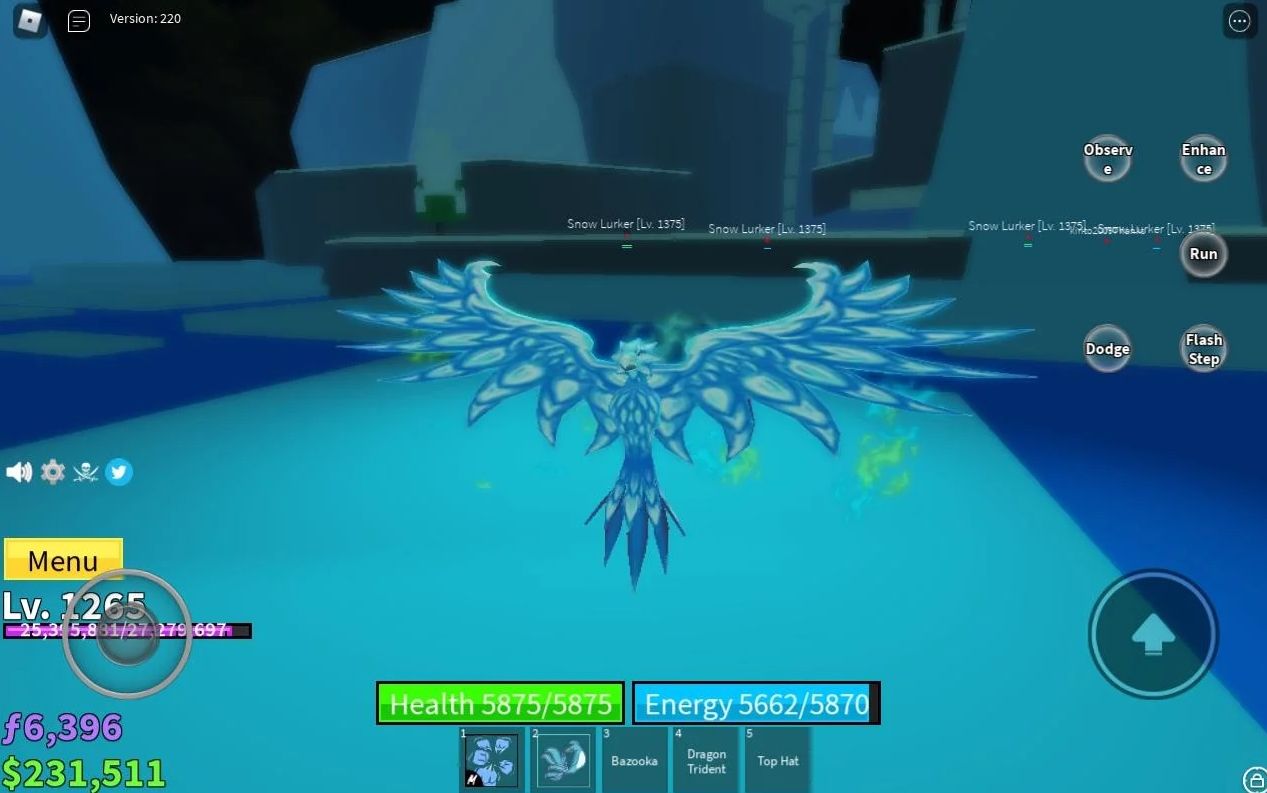 There is currently only one advanced raid, the Phoenix raid. It is very hard, but it works the same as the previous raids. Complete it with the Phoenix fruit to meet the Mysterious Entity for awakening.