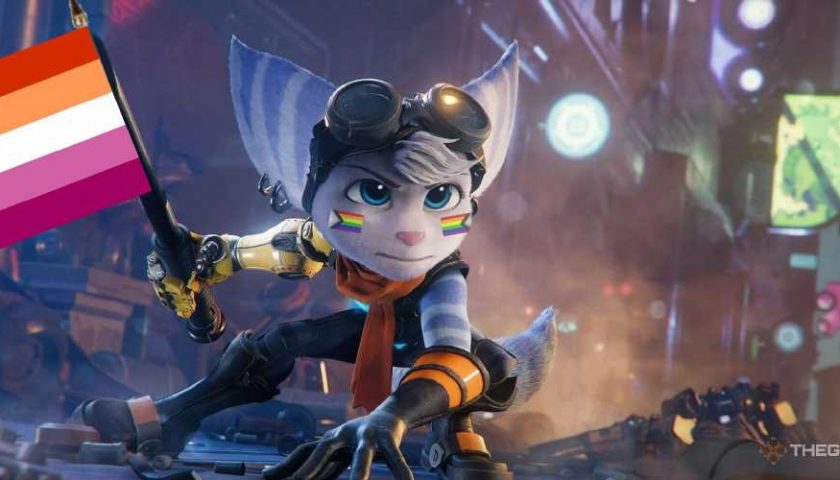 Ratchet & Clank: Rift Apart is a wonderful game. Not only is it a visual showcase for the PS5, it’s a confidently brilliant platformer in its own right that brings the beloved series back into the limelight. Hardcore fans were able to revisit all of their favourite characters while newcomers weren’t left out in the cold.

It felt fresh, even if its gameplay conventions remained dedicated to the past that made its very existence possible. But beyond all of its exciting new ideas and gorgeous graphics, one facet of the experience stood out above all the rest – Rivet. Introduced as a gender swapped version of Ratchet from an alternate dimension, she was immediately hailed as a fun, spunky, and unintentionally inclusive heroine who many hope will become a series’ mainstay.

Now, it’s been confirmed by one of the game’s original writers that Rivet is canonically a lesbian. Yep, a random theory I posed several months ago has come true, because there is no way a girl can be that much of a good mechanic, dress that well, and be that charming and not be a lesbian. We sapphics have a sixth sense for this kind of thing I promise. 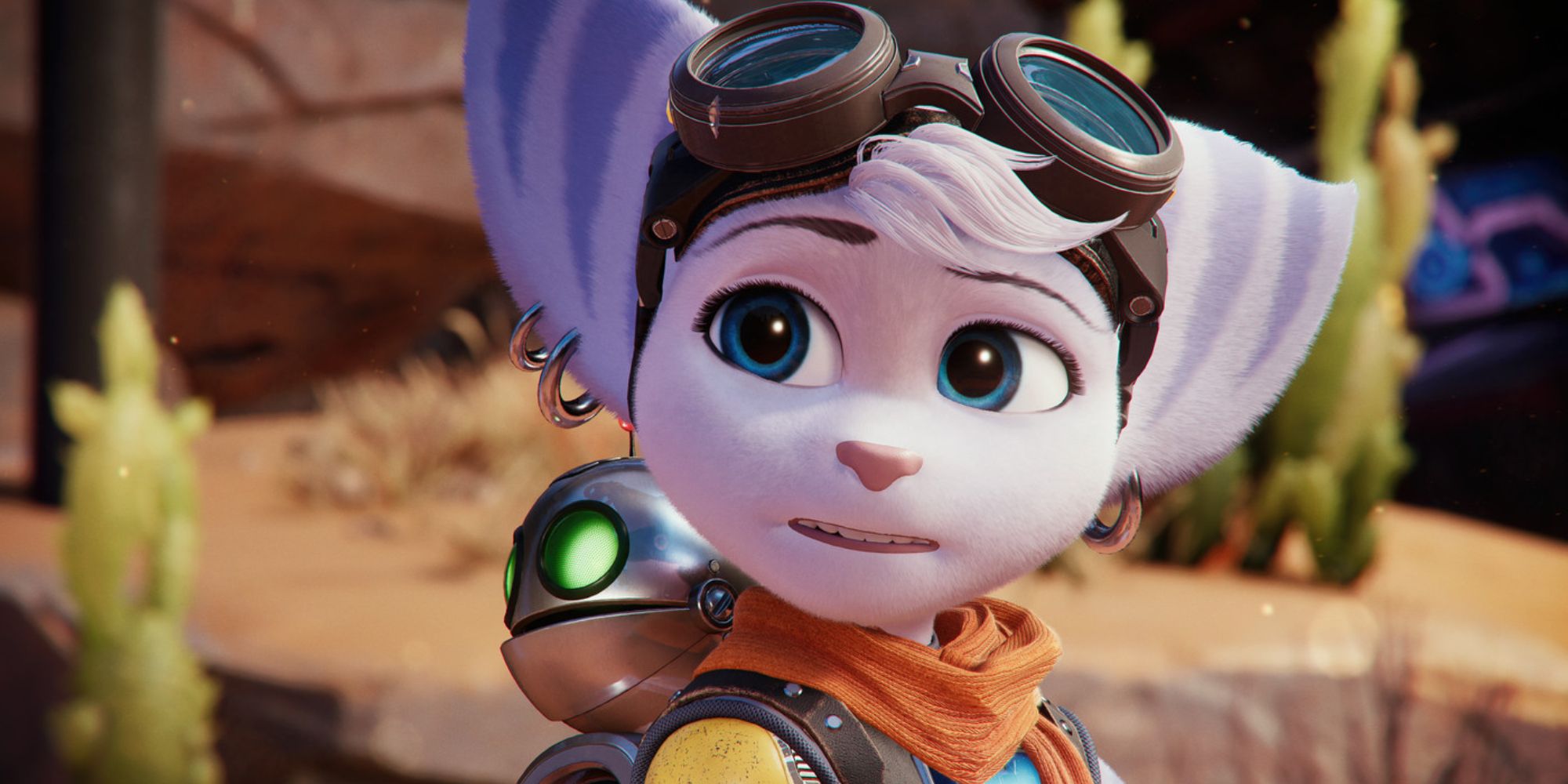 This revelation comes from former lead writer Sam Maggs, whose work on Rift Apart went uncredited despite her playing a major role in creating Rivet’s character, coming up with her name, and ensuring she didn’t fall to victim to tiresome tropes with oversexualization and falling head over heels for male characters. Given she is Ratchet from a different universe that would be weird selfcest shenanigans anyway, so thank goodness that was nixed.

also Rivet is canonically a lesbian

It’s fantastic news to see this theory canonised, with many curious about Rivet’s sexuality given her relative isolation away from potential partners, her social circle limited to a selection of creatures native to her planet and the friends she meets throughout Rift Apart itself. She’s a lonely character by nature, so I wouldn’t be surprised if she ended up being asexual or aromantic. I’d welcome that sort of representation as a demisexual trans woman, but to hear that such a major character in a blockbuster is a lesbian remains an important piece of representation. Sony exclusives are slowly being taken over by the sapphics and I’m absolutely here for it. First Ellie, then Rivet, and next the entire gaming world.

Ahead of release there was continued speculation that Rivet was transgender. Not only was she a female version of Ratchet, but perhaps initially signed male at birth and went through her transition in this alternate dimension to become the woman she is today. Female lombaxes do not have tails – yet Rivet does. This theory held water for months, and arguably became an established headcanon for fans who saw themselves in Rivet’s identity and were perfectly within their right to believe she was trans. I was right there with them, but the creators were quick to state that was never their intention, but are happy for fans to believe that in their own minds if it helps their connection to the character. 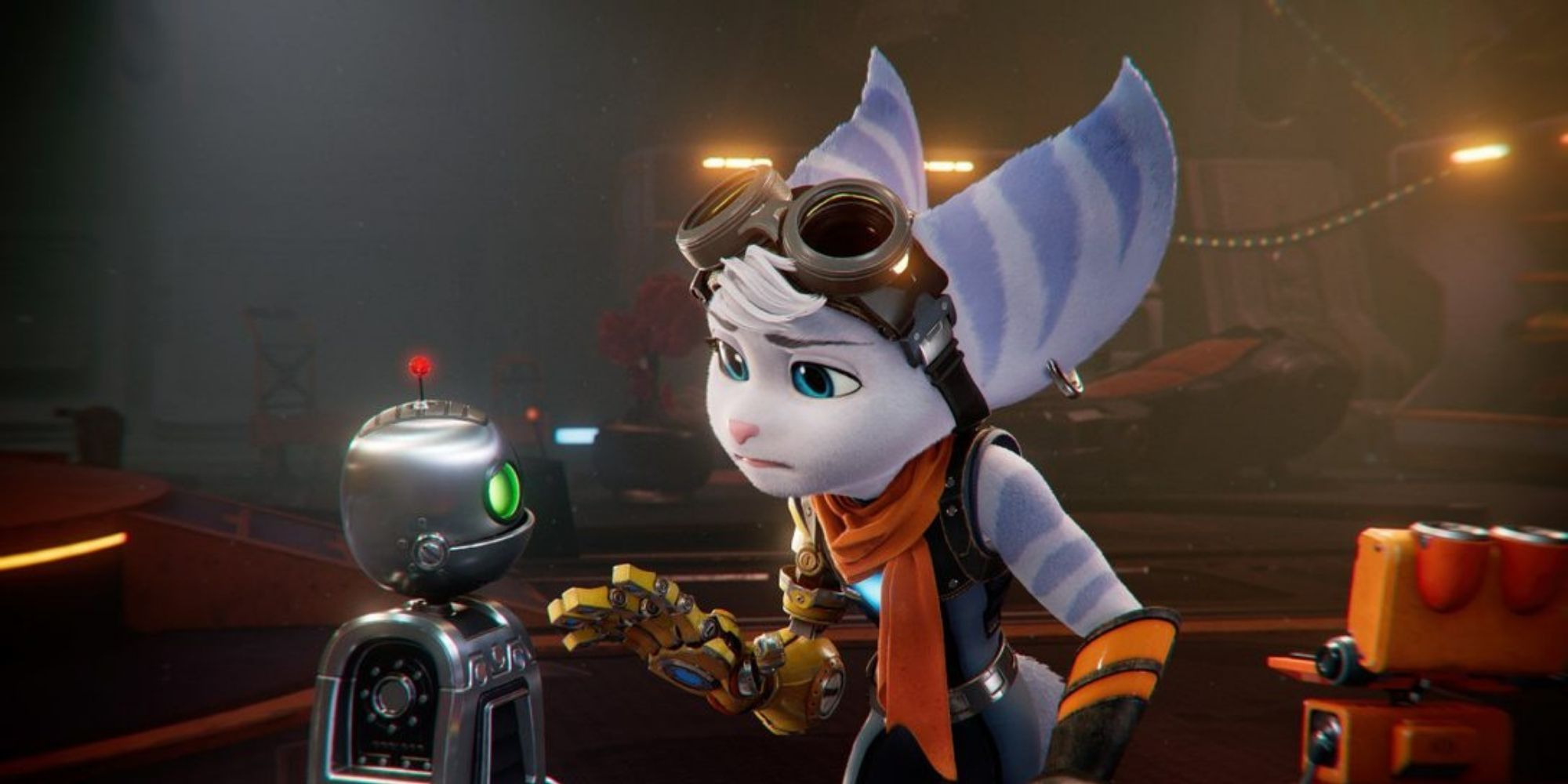 That’s still awesome, and speaks to how Rivet’s very existence has always been queer-coded. Her voice, appearance, personality, and the way she carries herself have been tied to an LGBTQ+ identity – intentional or otherwise – ever since she was first revealed. I remember watching her jump into frame after Clank first landed in a parallel universe, immediately infatuated by who this furry gal was and when I’d be able to learn more about her. I wasn’t alone, with fans all over the internet immediately producing some rather questionable fan art while trying to figure out how she’d fit into the bigger picture.

In the past queer people have often been forced to find subtext in existing media when it comes to representation, and Rivet felt like a fundamental evolution of that idea in a world where we are thankfully more respected in the art we consume than ever before. Rivet was an amazing character on first sight alone, so wouldn’t it be even cooler if she was queer? We were accused of being woke or trying to force our hopes and dreams into a canon where they had no place, but now that the lead writer behind Rivet’s inception has confirmed her lesbian identity I can’t help but sit back and feel a little smug about it all.