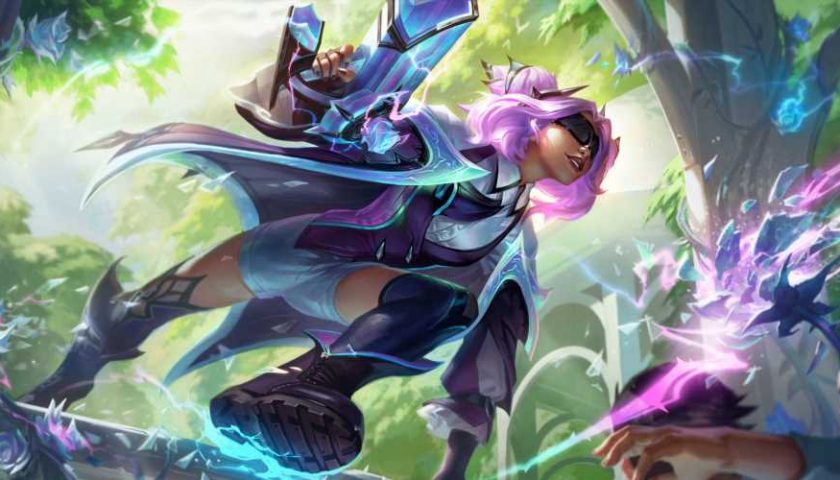 It's a new year, and although it's starting off very similar to last year, we're still going to look forward to 2022 with optimism. Certainly, Riot Games seems to be looking forward to 2022 with a brand new video showcasing everything coming to League of Legends this year.

To start, there's a new champion coming very soon. Zeri channels her electric magic into a custom-made gun that she fires off with wild abandon. Her powers allow her to enhance her shields, steal shields from enemy heroes to boost her own and give her a movement speed buff, and vault over terrain. She can also unleash a devastating electric nova that deals damage in a wide area while also buffing her damage and movement speed.

Zeri will arrive in League of Legends with the upcoming 12.2 update, which will also bring new Firecracker skins for Diana, Sett, Teemo, Tristana, and Xin Zhao to celebrate Chinese New Year.

As for League of Legends: Wild Rift, the mobile game will receive four new champions over the next two patches. First will be Sett and Yuumi in update 3.0, and then Karma and Shen in update 3.1. Each of these heroes is already in the PC version of League of Legends, so head there to get a preview of what they'll be capable of in Wild Rift.

Wild Rift will also receive some slight map alterations. Summoner's Rift will receive the new Elemental Rift feature that modifies the map based on the four elements of Infernal, Mountain, Ocean, and Cloud. Each game will feature a different element that changes the terrain to suit the element.

League of Legends esports will start back up on January 14 with the LCS Lock-In qualifiers. LCS teams will be split into two groups for round-robin games with the top eight teams qualifying for the single-elimination tournament on January 30. Wild Rift will also have its own esports tournaments in 2022 for the very first time, with eight global regions competing for the Wild Rift Icons Global Championship to be held in Europe later this summer.

There are a lot of changes coming to LoL esports this year, so check out the video above for the full breakdown.