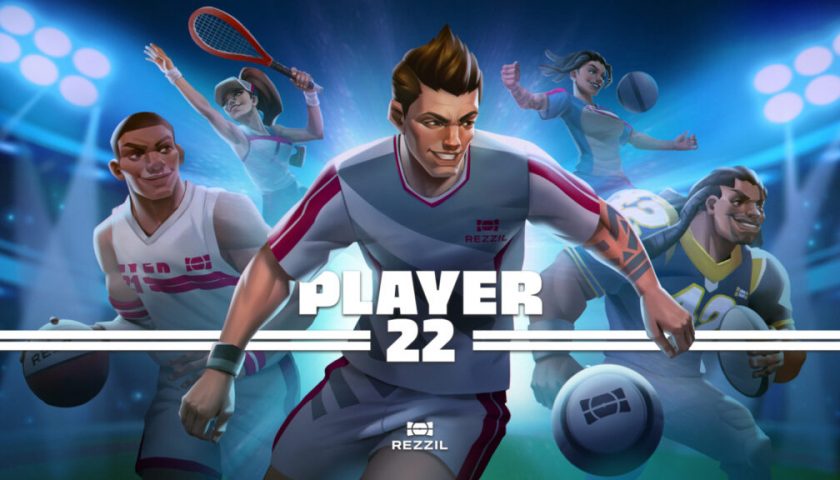 Love a spot of Sunday football but wish your skills were a bit better, especially where heading balls is concerned? Well look no further than Rezzil Player 22, part football trainer and part exercise app, the title is set to launch tomorrow for Oculus Quest owners.

Rezzil Player 22 will offer various gameplay modes designed to improve your coordination as well as your physical fitness, all designed by virtual reality (VR) developer REZZIL which builds training software for some of the world’s biggest clubs. There are two core heading drills available at launch Control and Shooting, the former all about heading balls back through rings whilst the latter puts you in front of a goal to knock balls on pitch players and the keeper.

Additionally, the other fitness modes include Reaction Wall to help speed up those response times by hitting blinking lights, whilst Hoops Vision is a rhythm action mini-game based on basketball. Finally, there’s Bloks a bat and ball mini-game all about smashing as many blocks as possible.

On top of all the gameplay modes, Rezzil Player 22 will feature plenty of official football customisation options thanks to partnerships with companies like Adidas. You’ll be able to mix and match gloves, balls and other options, perfect for all die-hard football fans.

Post-launch, Rezzil Player 22 will see new DLC content added with two further drills, Clearing and Passing, created alongside pro clubs, coaches and players. Plus a new mini-game in the form of Rayderz, providing 30 levels of fitness/combat action in deep space.

Previewing Rezzil Player 22 last month VRFocus found that: “Rezzil Player 22 may lean on its footballing heritage to give it a sense of place in VR but it most definitely wants to be seen as an all-encompassing fitness app at the moment.”

Rezzil Player 22 will be available from 10th August 2021 retailing for $14.99 USD. For continued updates on the latest Oculus Quest titles, keep reading VRFocus.