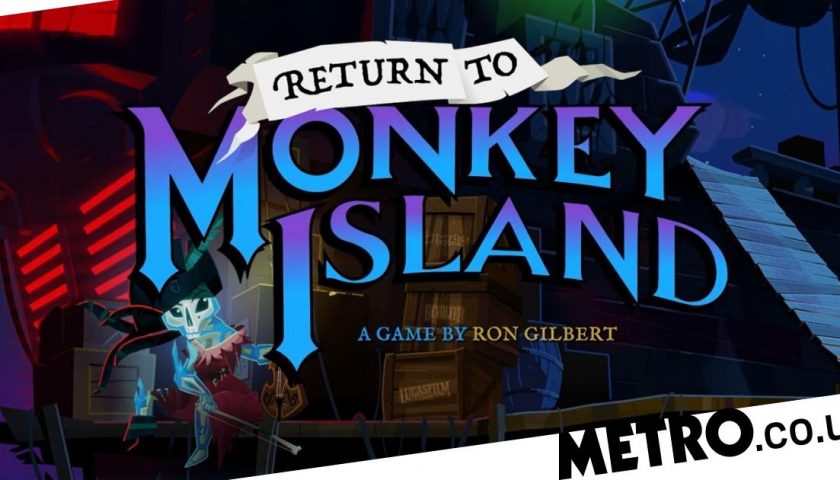 Lucasfilm Games has announced a brand new Monkey Island title that sounds like it’s going to be a direct sequel to Monkey Island 2.

Completely out of the blue, Lucasfilm Games and Ron Gilbert have announced a new game called Return To Monkey Island and it’s going to be out this year.

All we’ve got to go on is the trailer above and a sentence’s worth of PR blurb, which says that it’s the ‘long-awaited follow-up to the legendary Secret of Monkey Island and Monkey Island 2: LeChuck’s Revenge’.

Maybe we’re reading too much into it, but that sounds like they’re going for one of those ignore all the bad sequels approaches that have become popular with long-running movie franchises lately.

What we know for sure is that the game will be developed by original director Ron Gilbert, who only worked on the original two Monkey Islands and has made just two new games in the last decade (the forgettable The Cave and the really rather good Thimbleweed Park).

Interestingly, indie publisher Developer Digital will be handling the release for Lucasfilm Games, which is further proof that the company – which owns the rights to not only Star Wars and Indiana Jones but all original LucasArts properties – is happy to work with a wide range of different publishers and developers.

In terms of what can be gleaned from the teaser trailer, other than that the art style looks really good we don’t recognise the ghost pirates as pre-existing characters but that’s definitely Murray the skull, complete with what sounds like his original voice actor.

Technically, there’s no confirmation that the game will be a point ‘n’ click adventure, but that certainly seems to be the implication.

There have been five Monkey Island games up to this point, starting with the original in 1990. Ron Gilbert didn’t work on The Curse Of Monkey Island from 1997 but he’s on record as being a fan, which is understandable as it’s a surprisingly good game.

2000’s Escape From Monkey Island definitely isn’t though, and was the last entry made by LucasArts. There was also Tales Of Monkey Island in 2009 by Telltale Games, but although many Telltale staff used to work at LucasArts it was only a middling critical and commercial success.

Otherwise, the only other re-airing the series has had lately is with an unexpected cameo in Sea Of Thieves.

Hopefully the new game will be a hit though, especially as that might encourage Lucasfilm Games to commission more games that aren’t just based on their film licences.