The Resident Evil 3 Collector's Edition is now available to purchase in the UK and EMEA region after previously only being available to those in North America.

Since the game was announced during PlayStation's "State of Play" December livestream, die-hard fans of the Resi series have been wondering how they can get their hands on the exclusive collector's edition.

Thankfully Capcom have now announced that the collector's edition will be available to us European's.

Like before, the contents remain unchanged and include a physical copy of Resident Evil 3 , a high-quality Jill Valentine figure, printed artbook, a Raccoon City map wall poster and a 2-disc Resident Evil 3 soundtrack. More specific details on each item can be found further down.

Take a look at the assortment of goodies in the image below, which we again think is a missed opportunity to include a frankly badass Nemesis model.

Still, we're not going to criticise Capcom too much since they are remaking one our favourites games from the ground up.

The Resident Evil 3 Collector's Edition is exclusive to GAME Stores and GAME.co.uk in the United Kingdom.

So there's no point checking any other stores like Argos or Amazon if you have your heart set on the premium edition of the game.

The retailer also warns that sales of the Collectors Edition are strictly limited to "One (1) preorder per person".

Click either one of the links below to buy the collectors edition for your chosen platform.

For those wanting a more detailed explanation of what you get for your money, here's the complete description of what is included in the Resident Evil 3 Collector's Edition. 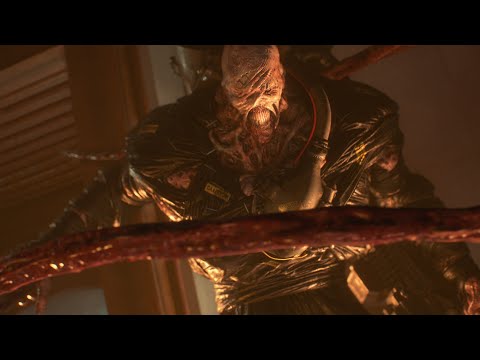 If on second reflection you've decided you can't part with that sort of money, the standard edition of the game is also available to pre-order in the UK.

And we've rounded up the best prices we can find for you, listed below.

Whichever version of the game you pre-order, you'll get the Classic Costume Pack – giving you access to Jill's much less practical outfit from the first game, as well as Carlos' shorter hair.