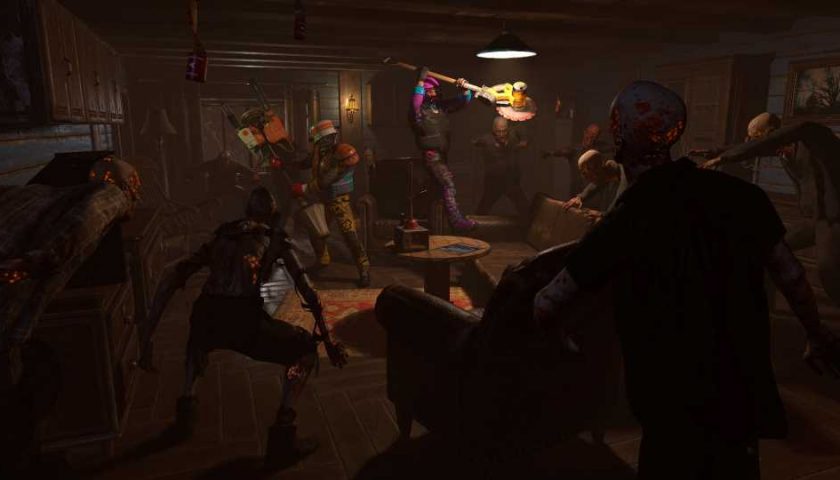 Upcoming VR zombie survival game, Requisition VR, won’t be making its May launch window as its developers relocate staff from Russia and Ukraine.

Requisition is developed by Arcadia VR, a studio that got its start in the location-based VR arcade business, operating in sites in eastern Europe, including Moscow. In 2020, the company spun up its own game development studio and released VR horror title, Hinge. Development of three VR titles — Hinge, Requisition, and puzzle-based Jentrix — have been handled by a combination of an office based in Moscow as well as a head office in the UK and other remote developers in different countries, including Ukraine, according to the studio.

On March 4th 2022, Arcadia released a post on social media channels denouncing Russia’s invasion of Ukraine. “There are no words to describe what we feel at this moment,” the statement reads. “This appalling invasion and atrocity of war have no excuse.”

In that post, the developer announced that, as of February 28th 2022, it had closed its office in Moscow and was searching for a new office abroad. It also said it was providing the “necessary support” to its Ukrainian staff. Arcadia-branded arcades remain in Moscow and other countries but, writing to UploadVR over email, an Arcadia VR spokesperson claimed that the home development studio had sold its assets to the arcade business and was no longer connected to it. The spokesperson wrote that the Moscow office employed 27 people, 11 of which moved to a temporary office in Turkey. Remaining staff were given three months to decide if they would also relocate, whilst some Ukrainian employees moved to Hungary.

This week, Arcadia confirmed that it is “actively searching” for a permanent new office and that the team is set to relocate to Abu Dhabi with support from Abu Dhabi Gaming.

Requisition, meanwhile, now anticipates launching its early access build in September. The team cited “unexpected bugs” and more time for beta testing as further reasons for the delay, at the same time confirming there would also be a flatscreen version of the game too.

Requisition is set to offer four-player co-op as players fashion ridiculous weapons out of household items like plungers and toasters.