In September, the U.S. saw a 21% increase in the number of employees returning to work compared to August, according to the latest data from workplace management platform Robin. 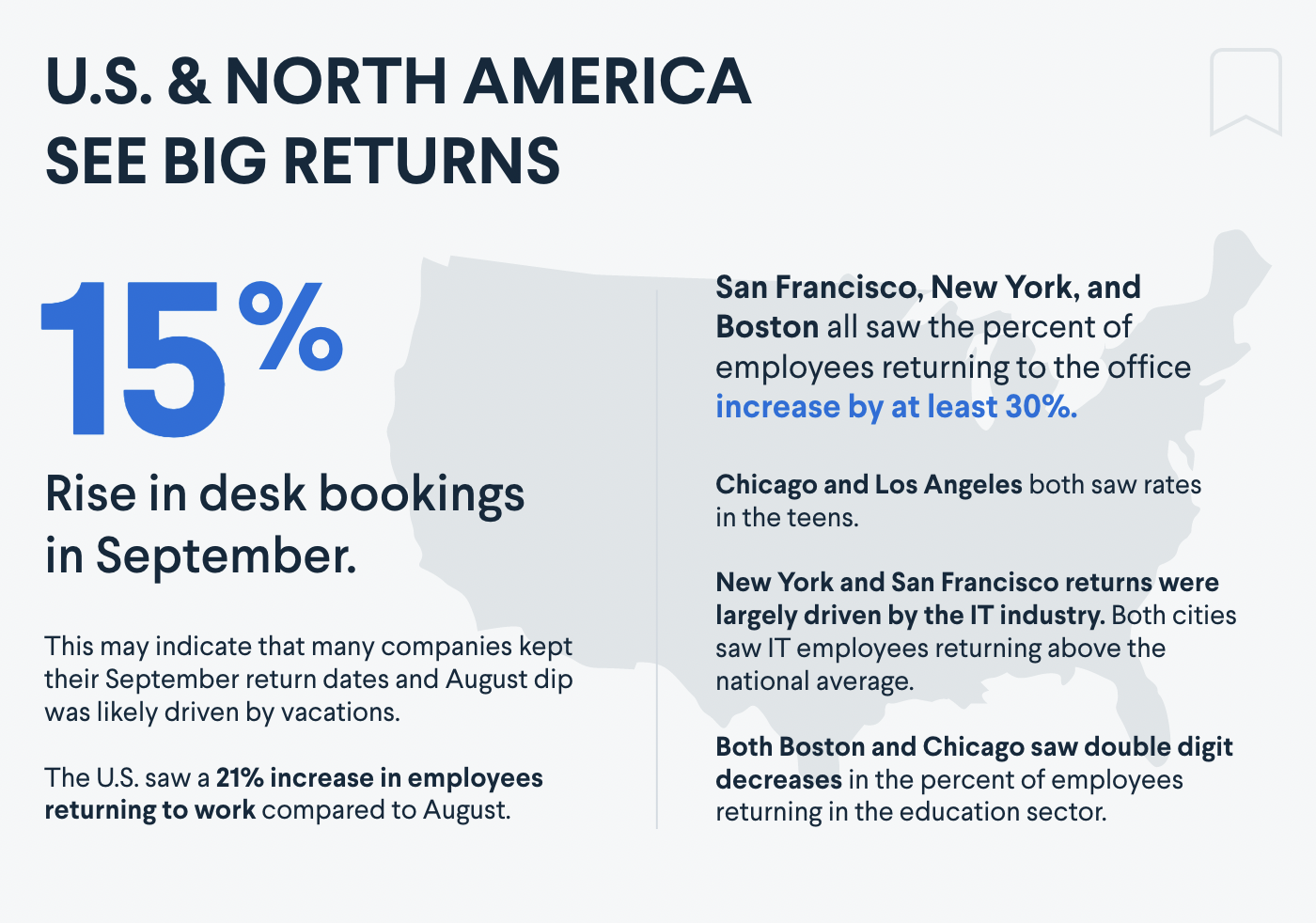 Above: The U.S. and North America saw major gains in employees returning to office in September 2021.

The Delta variant surge pushed many organizations to re-evaluate their return to office (RTO) plans as continued uncertainty and renewed pandemic restrictions accelerated the demand for increased flexibility, visibility, and control over the office. While companies like Apple, Amazon, Facebook, and Google announced delays to their official return to office plans, others forged ahead. Robin’s team of data scientists analyzed millions of real-life desk, conference room, and office asset reservations from its global customer base to identify significant trends in the worldwide RTO.

The latest installment of Robin’s report found that the number of desk bookings actually rose 15% from August, indicating many companies kept their September return dates and that the August dip was likely driven by vacations. Workers in big cities drove the spike in-office attendance, with San Francisco, New York, and Boston, all-seeing an increase of 30% or more in the percentage of employees returning. Although this increase varied across major U.S. markets and industries, Robin’s data team believes the momentum is indicative of a broad transition to hybrid work models and employees’ desire to return to the office at least part of the time.

This is further supported by the fact that IT and Professional Services, two industries that are exceptionally amenable to hybrid and remote working practices, saw some of the biggest gains of U.S. employees returning in September.

Read the full report by Robin.