In a game as combat-centric as Remnant From The Ashes, the promise of the Subject 2923 DLC including new weapons to experiment with is more than enough to draw most players back into its dreary world. If you want to know where to find all the new weapons you can get your hands on, follow along with our guide.

Remnant From The Ashes wasn’t short on weapons in the first place, but getting over half a dozen more in the Subject 2923 DLC is more than welcome. Just like the base game, these new ranged and melee weapons all have different ways of acquiring them, from killing bosses, solving puzzles, to simply purchasing them from the right NPC. Between the new moves and mods, each of these new weapons is another reason to give the game another run. They all have their own strengths and weaknesses, so make sure to pick them all up and figure out which one is your favorite.

There are seven new unique weapons to find throughout the Subject 2923 DLC, three being melee based and the other four ranged. There will be some slight spoilers ahead in the form of the names of the guns, what their intrinsic weapon mod is, and a boss name or two including the final boss. 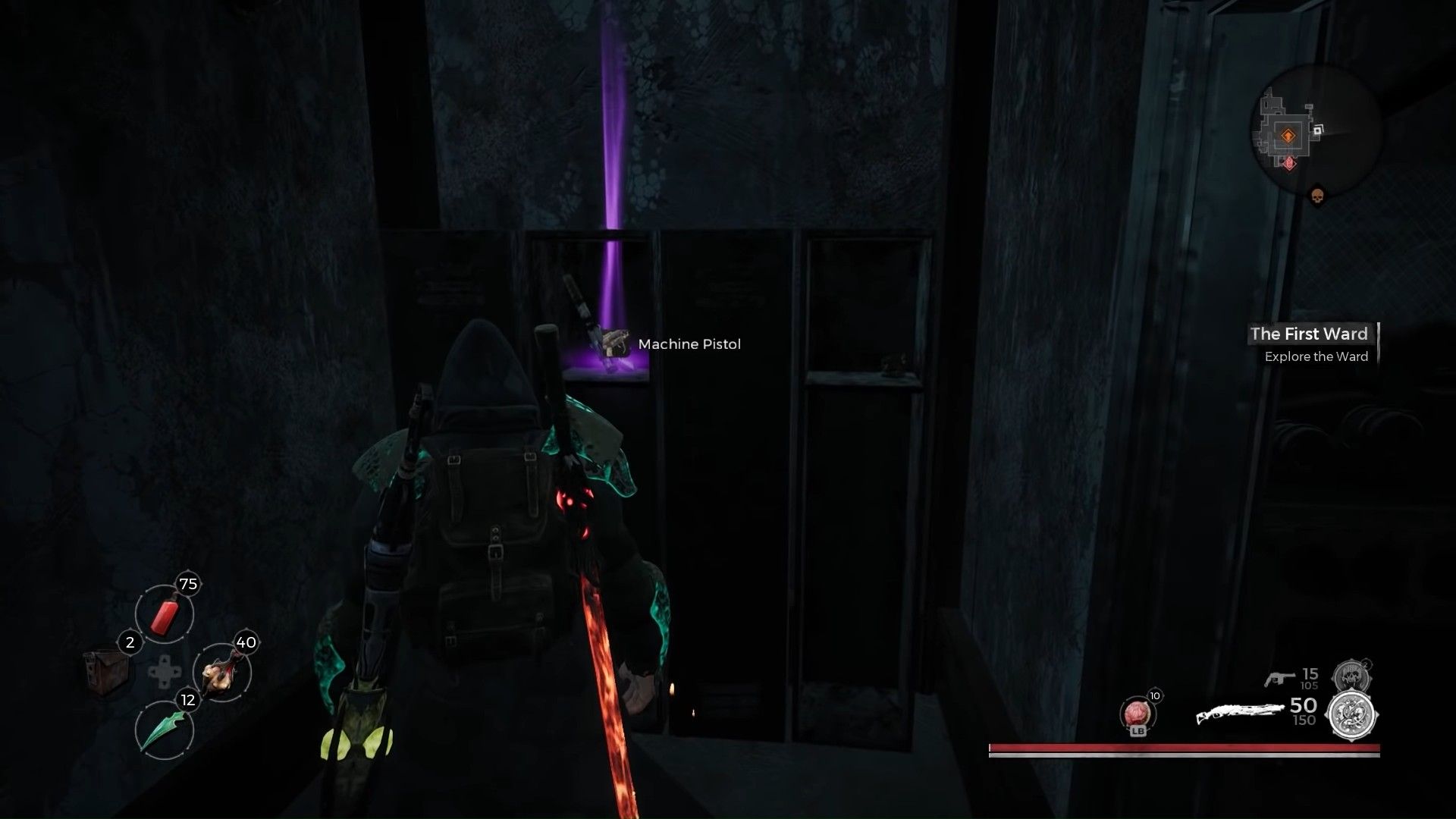 You can pick up the machine pistol fairly early on in the Subject 2923 campaign while in the Ward Prime area. On the B1 floor of this zone you can find the Ward Prime Office with a puzzle you need to solve to get the code needed to unlock a nearby computer. Either solve the puzzle on your own, or just use the code 241351. Once done, you get the option to unlock the storage room attached to the office, which you should of course do. Head inside and search the locker to pick up the machine pistol. Unfortunately, this gun cannot be upgraded with any mods. 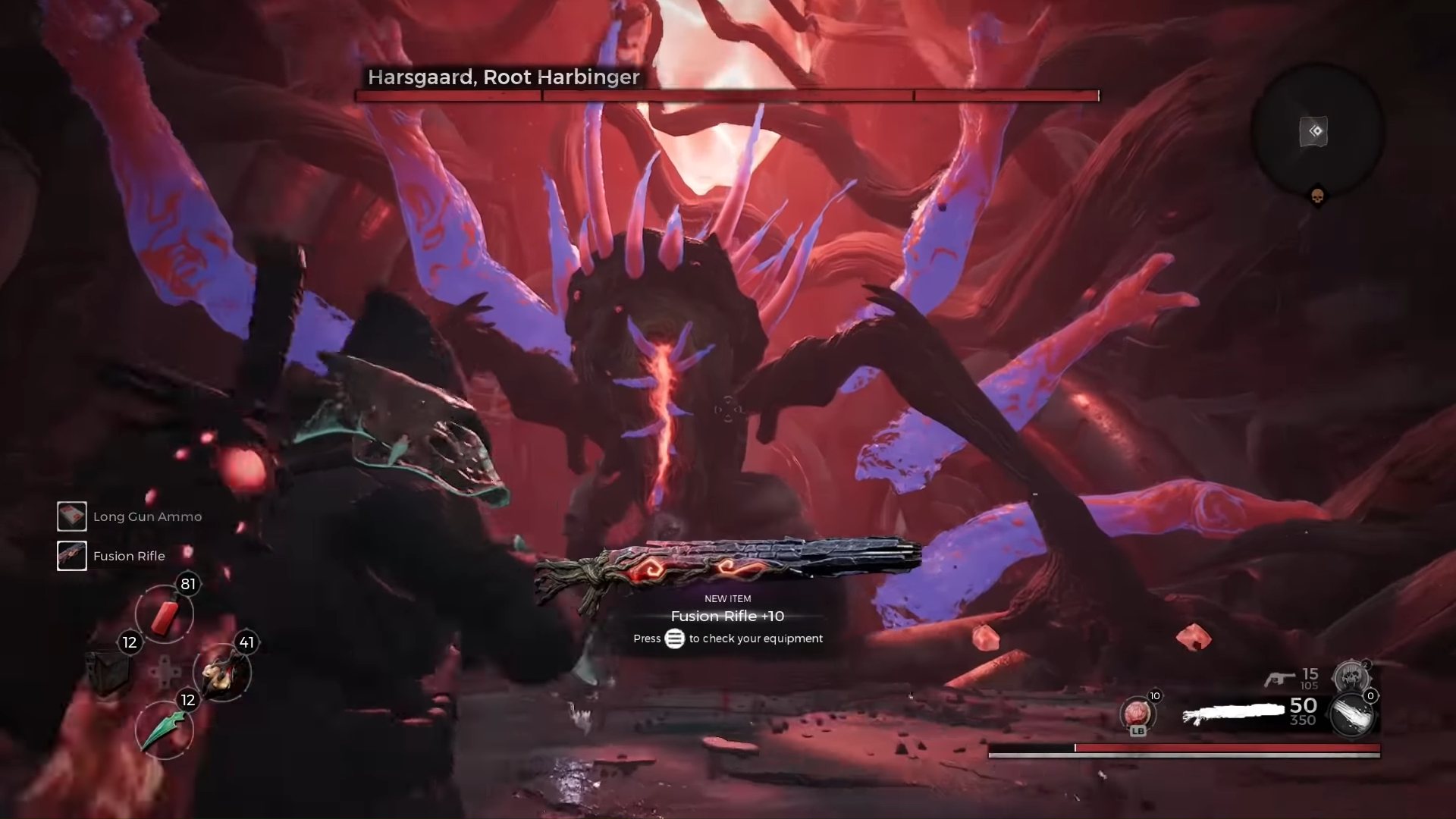 Also found in the Ward Prime area, you won’t get this powerful rifle until you’re just about done with the Subject 2923 DLC. Thankfully, you can’t miss it because it’s given to you directly during a cutscene while fighting the final boss, Harsgaard. Once the fight is done you can find the fusion rifle in your inventory under long guns. The weapon mod you can attach is called the Fusion Cannon. With this equipped you will shoot a piercing beam of energy through any enemies in your sights. One charge deals 180 damage, but you can buff this to up to 1,080 damage by shooting multiple charges. 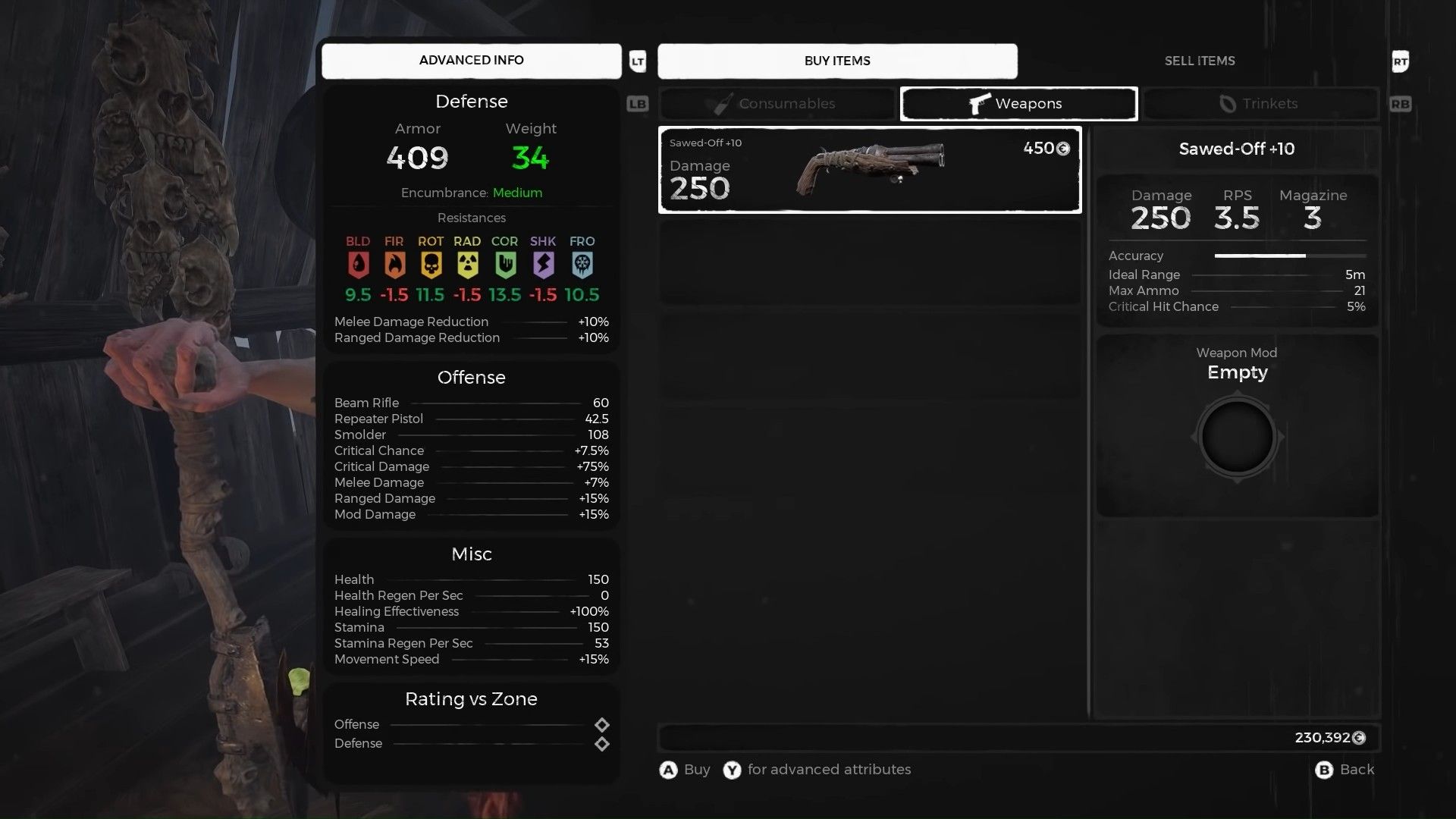 You’ll need to head out to The Frieran Sea to pick up the sawed-off weapon, but it will be a quick and easy trip. While exploring this dungeon you can come to an NPC on a wrecked ship named Sebum, who you might remember if you did his quest and got the scavenger armor from him. It turns out he also sells this new gun for 450 scrap. Pay up and the sawed-off is all yours. Like the machine pistol, this gun has no mods. 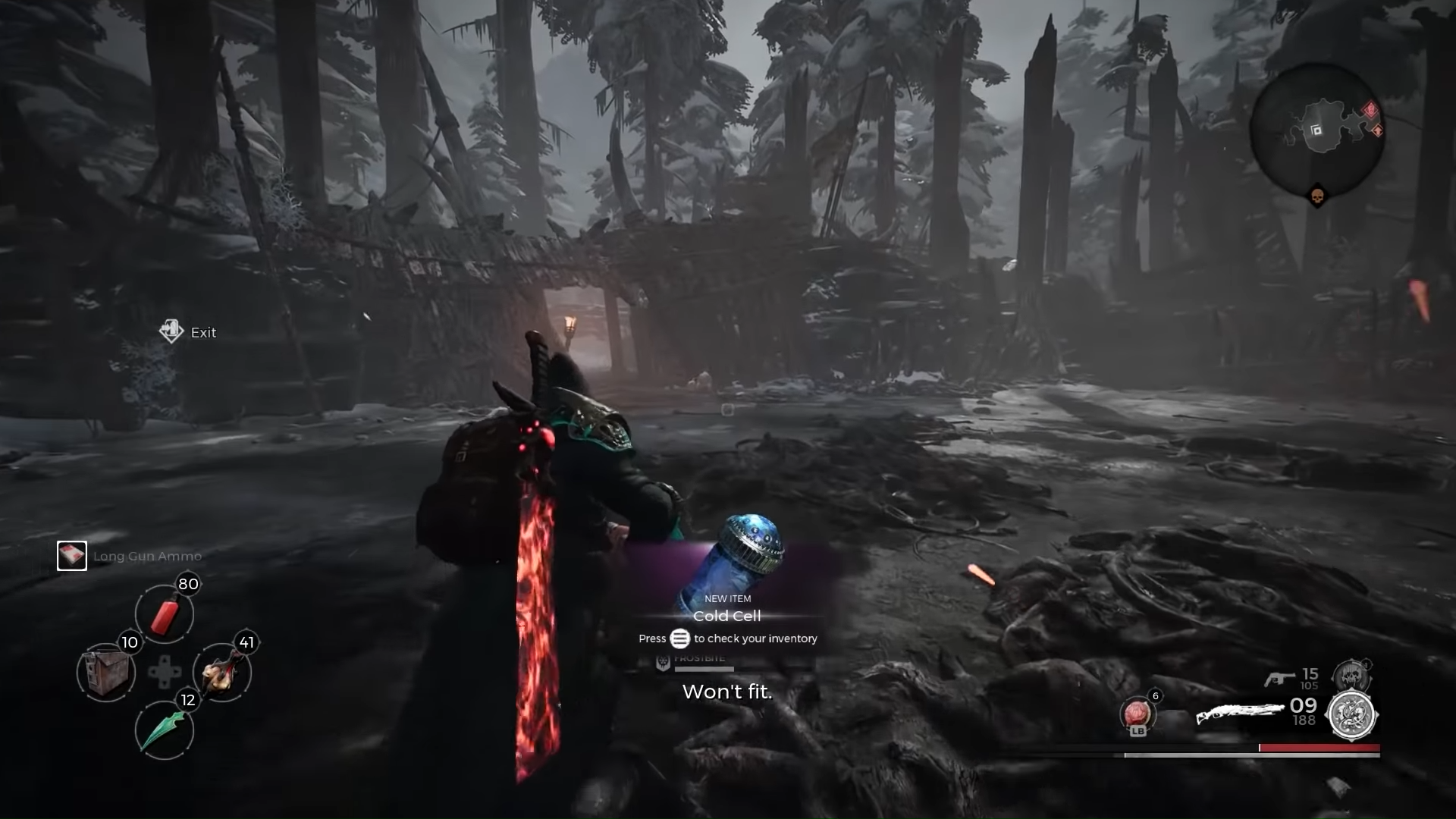 The first weapon you’ll need to craft is the alternator long gun. The key material you’re looking for to make it is the Cold Cell, which you can only get after killing the bosses of The Crimson Hold Brudvaak and Vargr. Make sure you kill Brudvaak first because the Cold Cell material only drops when Vargr dies second. Once you have it, head back to Ward 13 to craft your new alternator. This long gun’s weapon mod is called Incinerator, and launches 11 fireballs for 45 fire damage each two meters ahead. Any enemy hit will be inflicted with the burning status and take 300 damage over ten seconds. 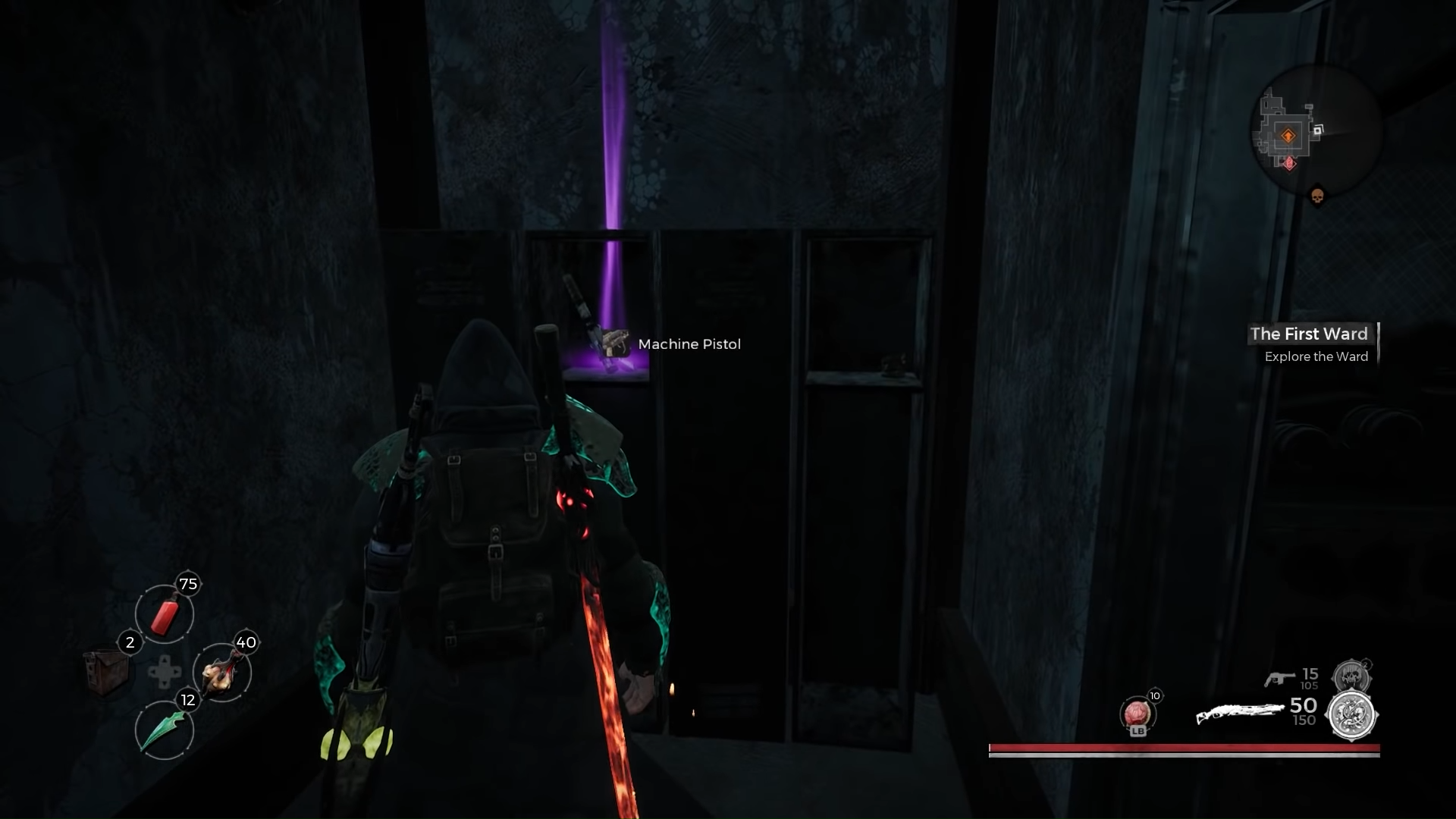 This weapon is picked up right off of the Fellmourn Burrow checkpoint. Go forward, crossing the bridge, and down a staircase to a small room. There is a secret tunnel hidden behind a bookshelf you can destroy here that will lead you down a corridor to the frostborne waiting for you atop an altar. This axe can be modded with Cold Strike, making every hit you land put a stack of frostbite on the enemy, or two stacks if you use a charge attack. 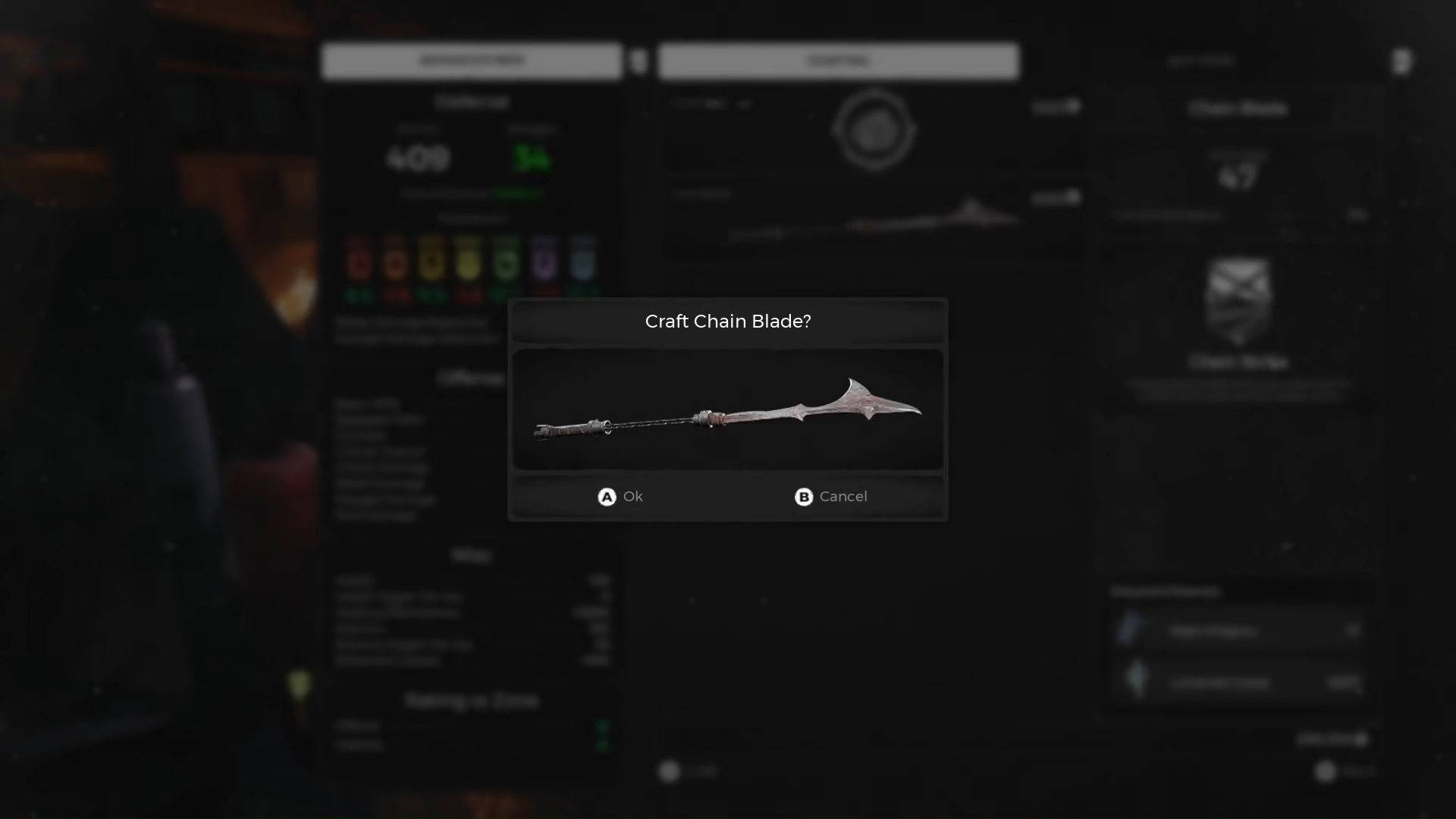 Your second craftable weapon is the chain blade. Just like the alternator, you will need to get a specific drop from the bosses Brudvaak and Vargr, only this time you want to kill them in the reverse order – Vargr first followed by Brudvaak. This will cause the material the steel of agony to drop, which you can bring back to Ward 13 to craft your new chain blade. As far as weapon mods go, Chain Strike is rather plain. It just increase the range of your charge attacks. 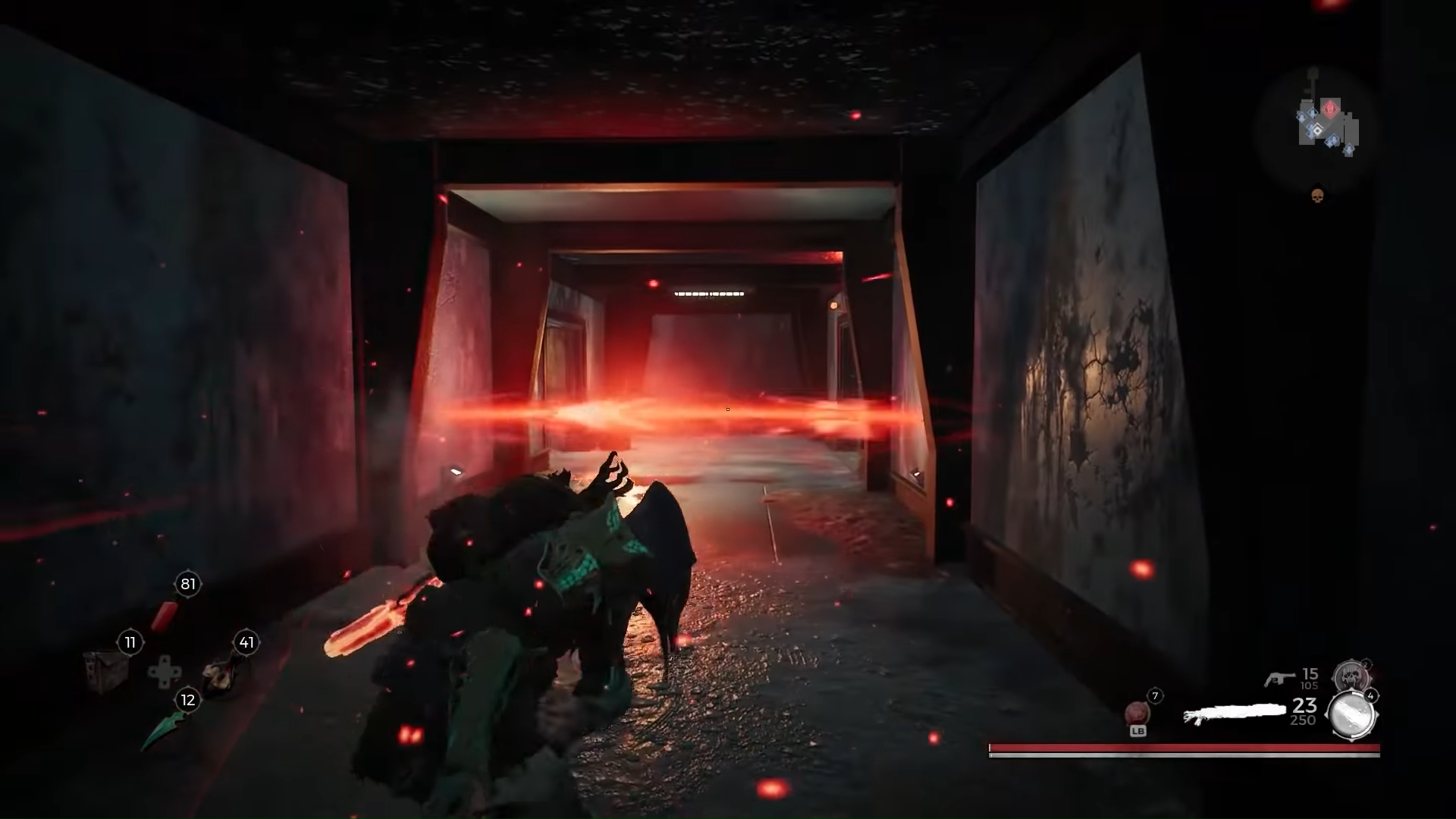 The final weapon you can get from the Subject 2923 DLC is appropriately named World’s Edge. After beating the DLC’s last boss, Harsgaard, during which you also get the fusion rifle, he will drop the Root Neoplasm material. Use this last boss material to craft what might be the best sword in the game. You can mod this awesome looking blade with Horizon Strike, which adds a horizontal projectile that can pierce through multiple enemies to your charged attacks.