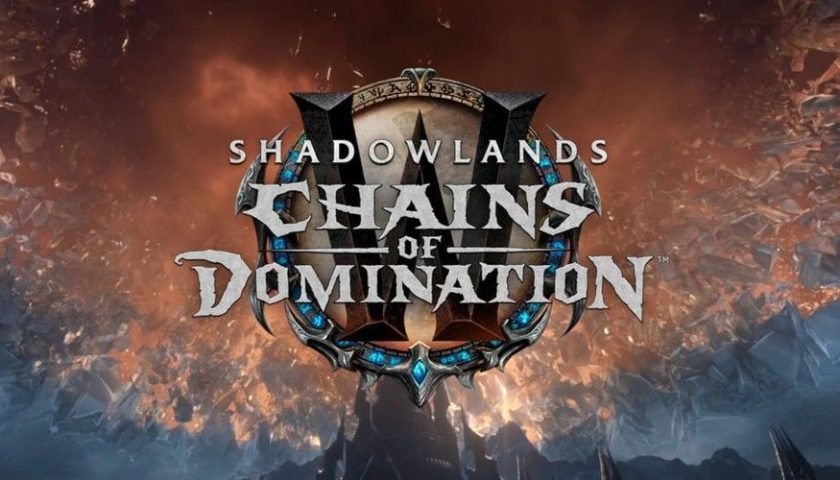 Warcraft: Shadowlands’ Chains Of Domination Update was announced at BlizzConline earlier this year. We now have a release date for the upcoming update, thanks to an unlisted trailer on World of Warcraft’s official YouTube channel. The Chains of Domination update will launch on June 29.

The update picks up right after the Castle Nathria raid, as Sire Denathrius is defeated. You will now dive into the Jailer’s realm to stop his evil plans to destroy all life. Players will be sent deeper into The Maw to explore Korthia, the City of Secrets. The new area will be filled with a number of new quests and activities as you fight to push back the Jailer’s forces in the Shadowlands.

Chains of Domination introduces a new campaign which will involve the four Covenants joining forces to launch a massive assault on the Jailer. The Covenants of the Shadowlands are now ready to unite and launch a powerful counter assault now that their strength is restored.

The Sanctum of Domination is the new ten-boss raid coming with this update. It will send players deeper into Torghast where they will ultimately face off again Syvalanas in one of the most anticipated boss fights in years. An eight-boss mythic mega-dungeon called Tazavesh, the Veiled Market has also been introduced. Tazavesh takes place in the bazaar of the brokers and centers around a heist of one of Azeroth’s most valuable artifacts.

The Chains of Dominion update likely took a while because of the Burning Crusade Classic update for World of Warcraft Classic. World of Warcraft game director Ion Hazzikostas mentioned in an interview that the company did not want players to have to choose between playing two campaigns. “While we want to avoid too much collision between the two, we also understand that there are many players who only play Classic, and there are many players who only play Shadowlands, and we don’t want to punish one group in order to avoid a conflict for the other, while still trying to make sure that each game has some time and space to breathe on its own,” he said.