Red Dead Redemption 2 was much more than just an incredible video game, it introduced the world to a fantastic group of characters that made up what was known as the Van Der Linde gang.

From the long-running members to the new entries, and everyone in-between, it was filled with people from all walks of life carrying individual skill sets. Some were more memorable than others, but they all served their purpose. It’s time to look at and rank the 10 best members of the Van Der Linde gang solely based on personality. 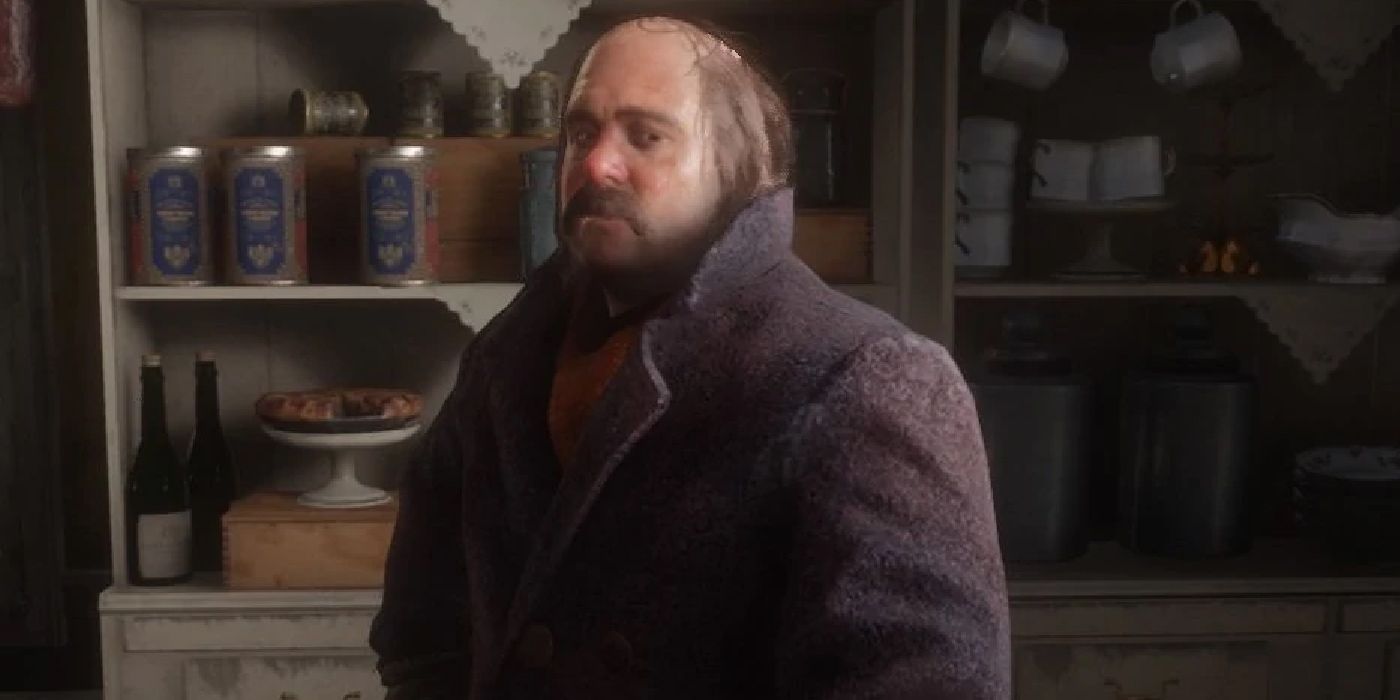 Simon Pearson is one of those sneaky characters that is mostly an afterthought during the main campaign. Once he’s found owning and running his shop in the epilogue, though, players come to appreciate all that Simon did for the gang in the months leading up to the end of it.

He was never much of a fighter or criminal, but he understood his place in the group and made sure there were also supplies and food for the gang. He ended up living his best life as a small business owner, so who came out on top? 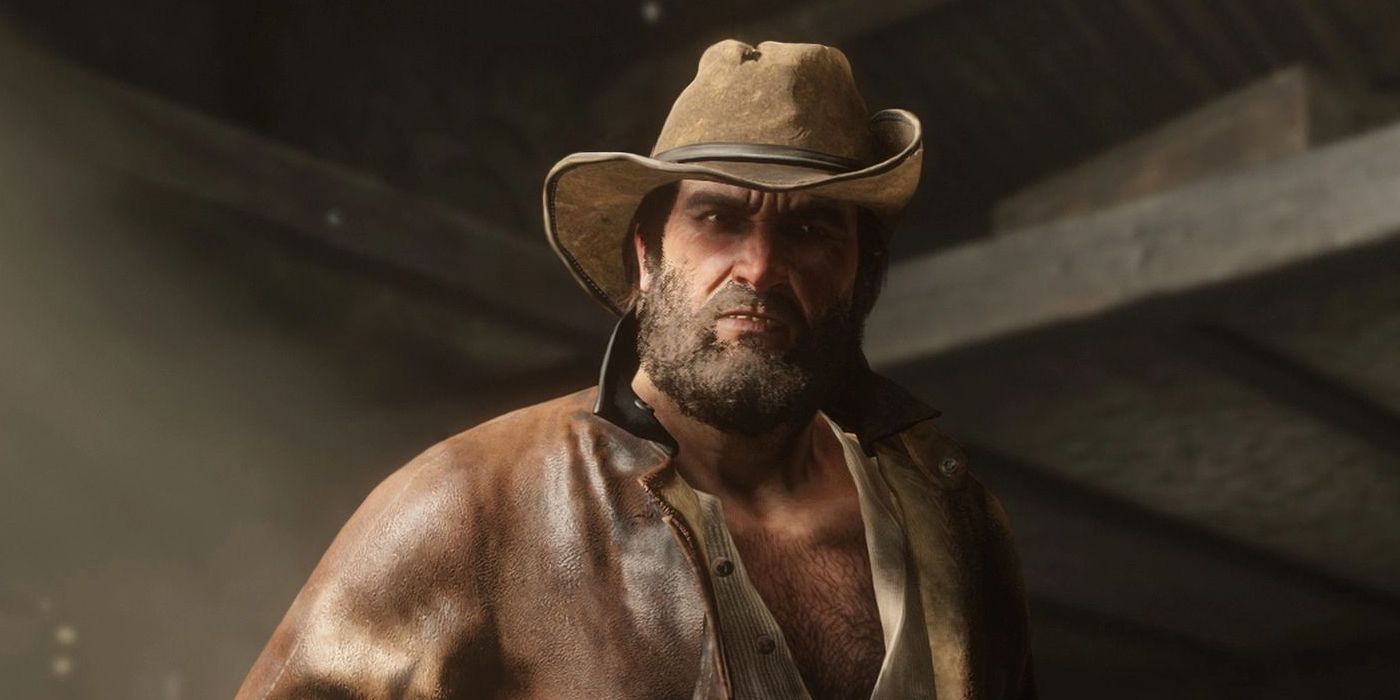 No one would ever accuse Bill Williamson of being too energetic or lively. The guy was a silent curmudgeon whose only responsibility was being loyal to Dutch and doing what he was told. Every group needs a curmudgeon as that type of personality helps round out a group and balance the bigger personalities.

Bill may have never been much for conversation but the friendship he built with Javier Escuella was always so interesting as it seemed to be one of the most unlikely pairings possible based on each of their personalities. 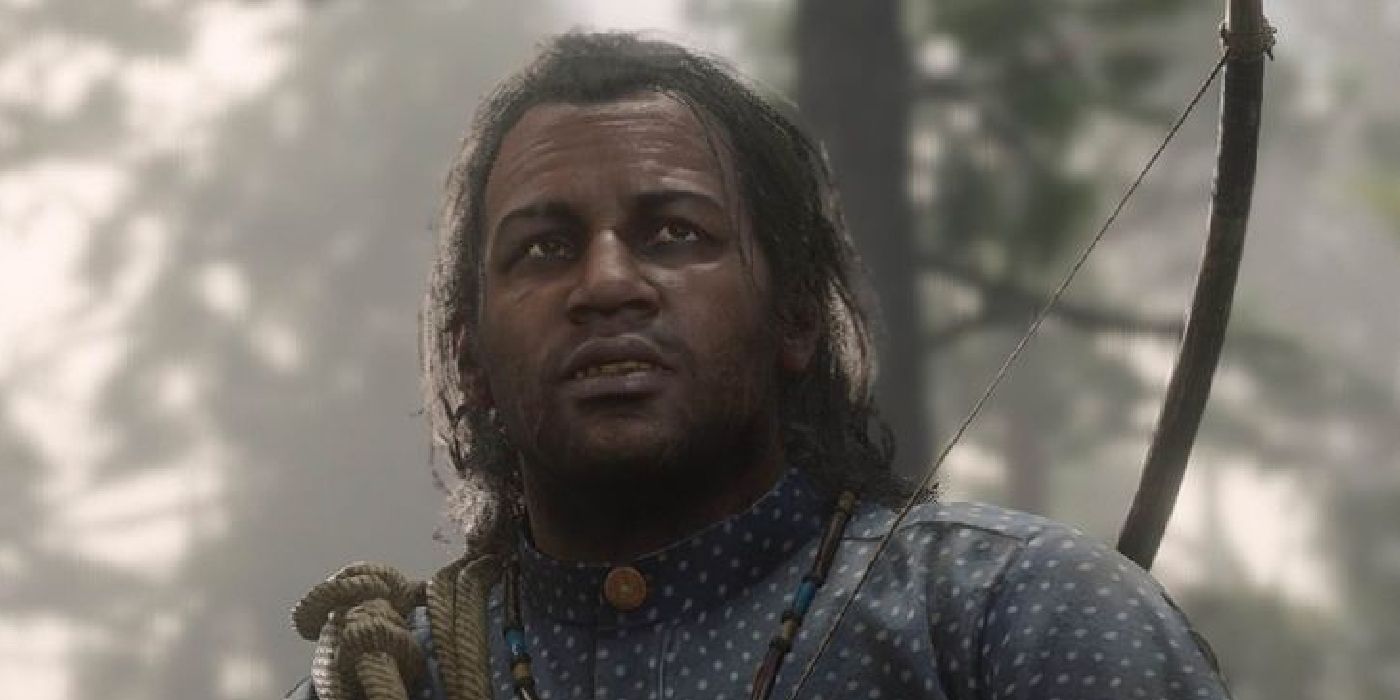 Charles Smith is arguably the most overlooked and underappreciated supporting character in video games. He’s a constant source of support and is by Arthur’s side almost every step of the way.

Charles never really asks for anything in return and is simply looking to do right by the gang. Seeing how he navigates helping the Native American tribe alongside Arthur as a man that’s half-Native American is interesting. He then goes on to help John Marston build his family home all because John’s his friend. 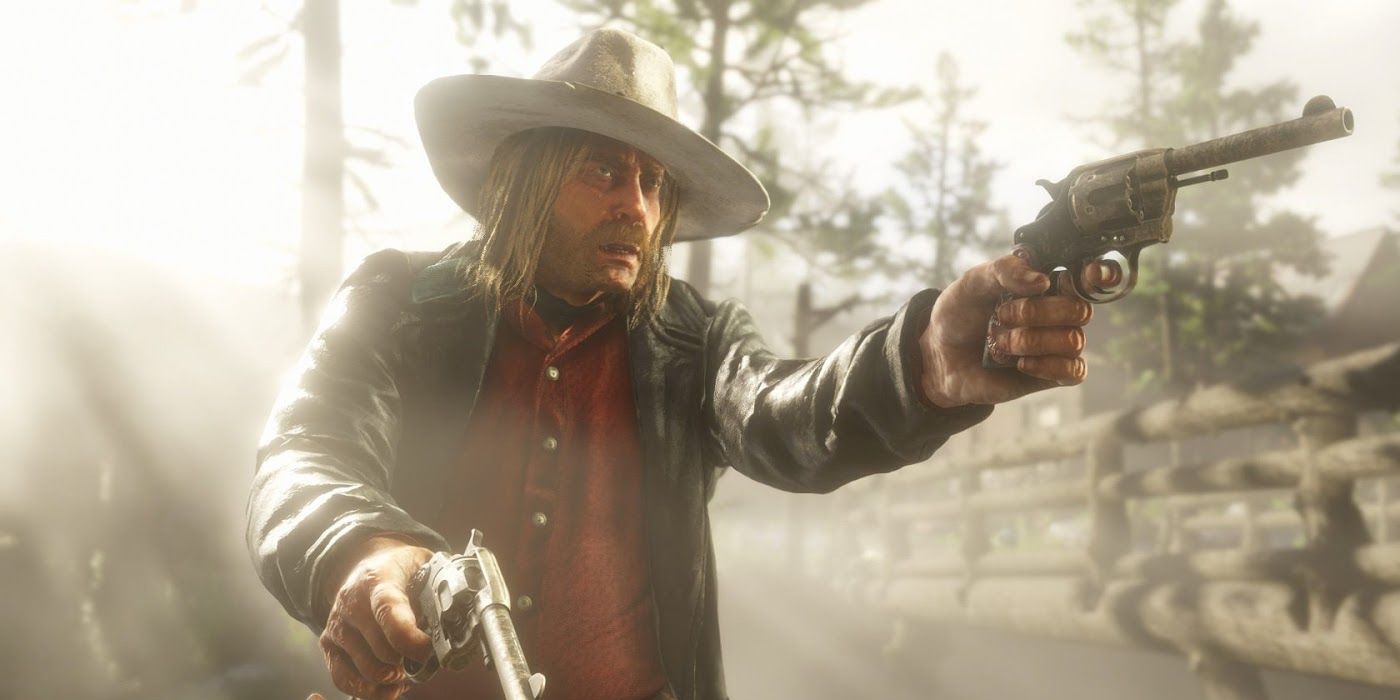 Often in entertainment people confuse a character being well-written with one that is likable. Micah Bell is a shining example of a character that is expertly crafted to be vile and distasteful at every turn.

The point of the character is for you to dislike them. As the game goes on Arthur’s distrust in Micah becomes evident as is used as the wedge for Micah to pull Dutch away from the rest of the gang. The moment Arthur helped him escape jail, he set the Van Der Linde gang on a path of destruction. 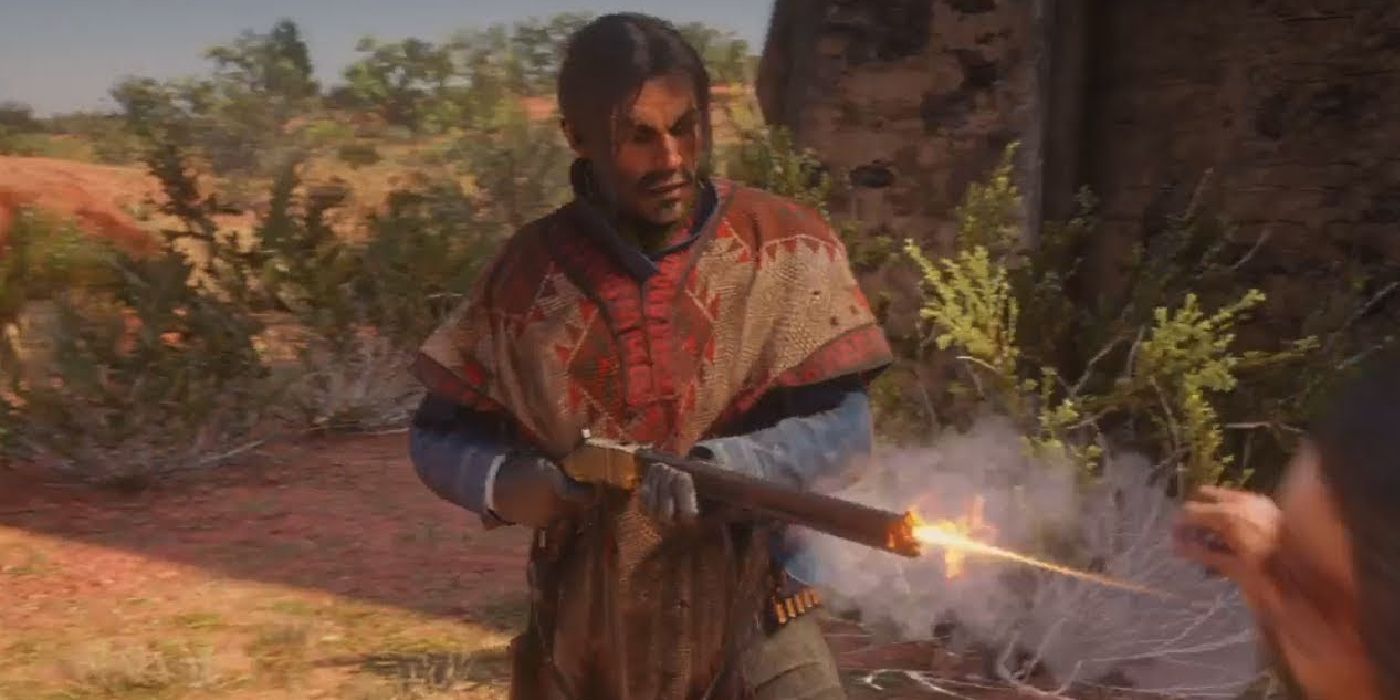 It’s hard to understand exactly the type of person Javier Escuella was as he was never much of a talker. Despite that he someone managed to be one of the coolest looking characters as his quiet nature often came across as mysterious and interesting.

As the years went on he became a lot more unhinged, but during his says, with Dutch and the Van Der Linde gang, Javier was often considered one of the most loyal members in the gang. His close friendship with Bill was also a neat relationship. 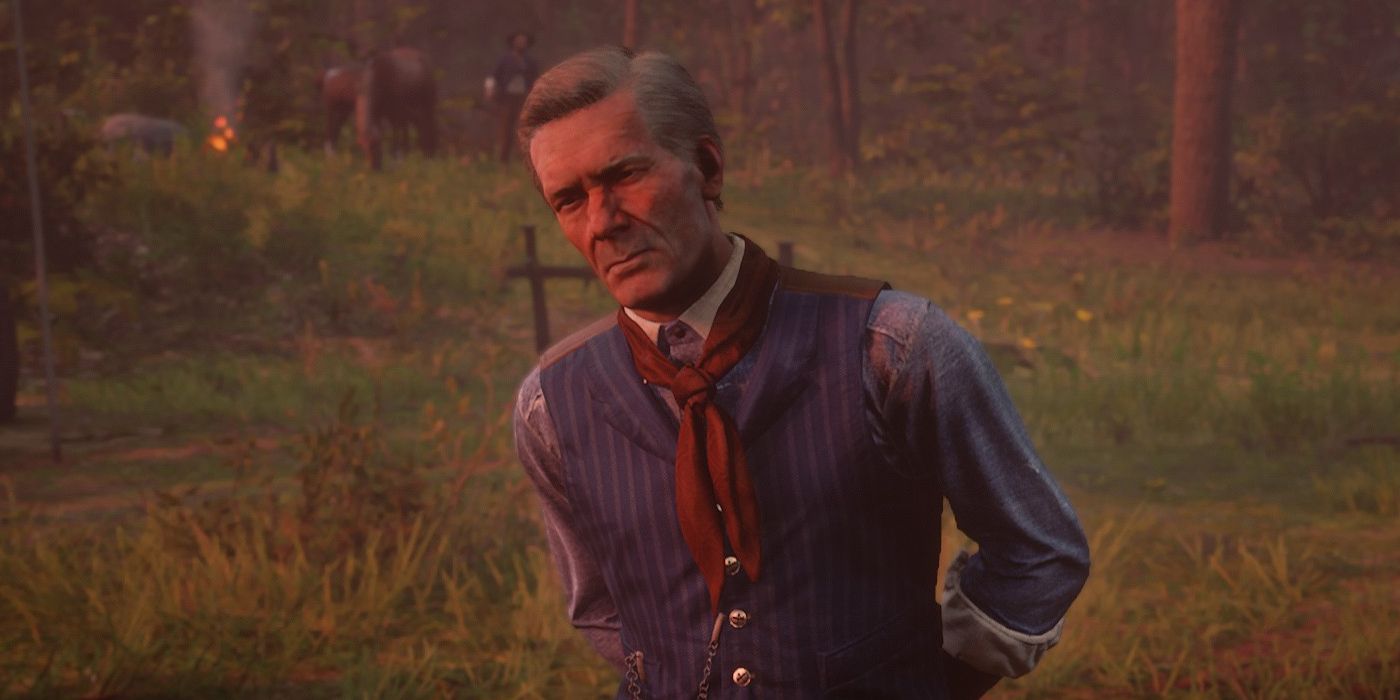 As Dutch’s right-hand man and literal partner in crime, Hosea Matthews quickly leaves an impression on players. His careful meticulous approach and timely sage wisdom made him a great asset to the Van Der Linde gang.

His death took a toll not only on Dutch’s mental state as a leader, but it brought down the morale of the entire group in a way that had lasting effects. He was every bit as charming and charismatic as Dutch and happened to know when he was coming on a little strong to those around him. 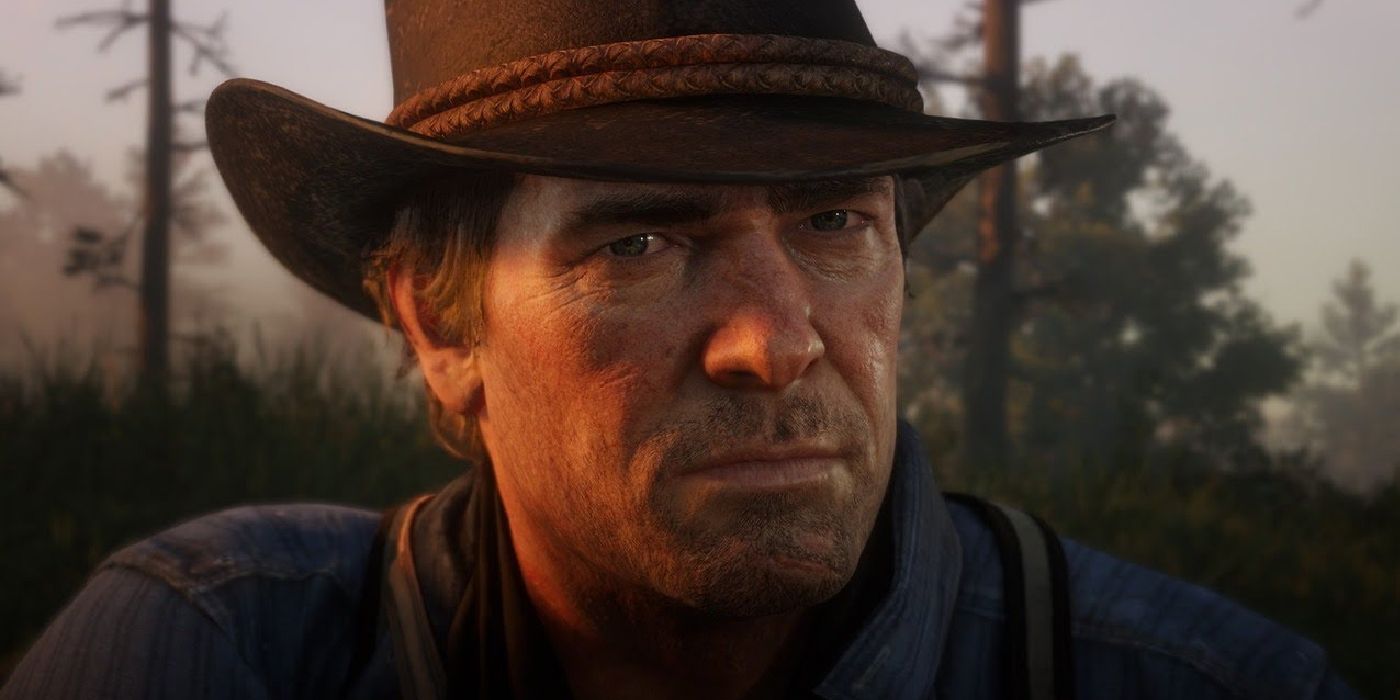 It’s amazing how Arthur Morgan can be even more reserved and stoic than John Marston, who seemed unrivaled in these tendencies throughout the first Red Dead Redemption. The defining thing about Arthur is that he’s loyal to a fault, but he never lets his loyalty outweigh his empathy.

Players accompany Arthur on his journey of redemption as he comes to terms with the mistakes he made in his life. At the end of the say, all he wanted was for his loved ones to feel safe, happy, and complete. 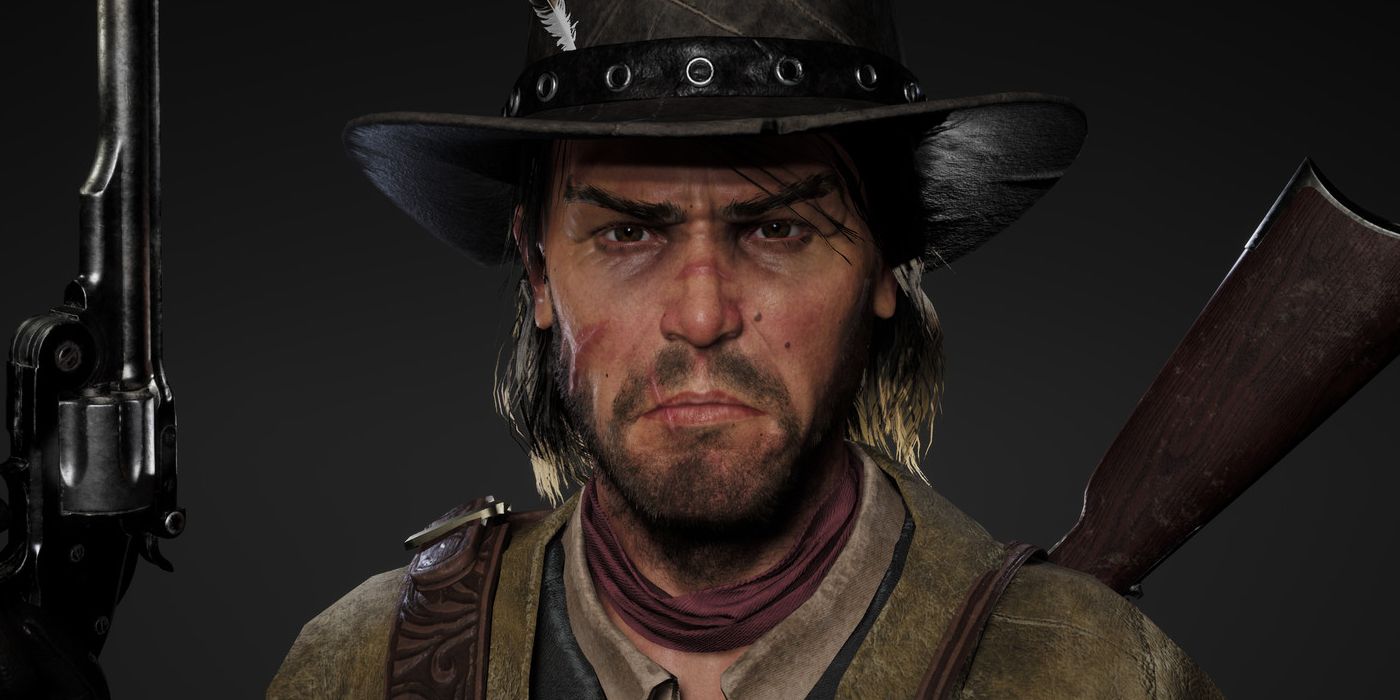 Truth be told, seeing a younger John Marston in Red Dead Redemption 2 makes his characterization in the first game a lot better. It fleshes him out and lets the audience better understand why he is the way he is.

John is often seen as a quiet gruff man who’s simply looking to do right by his family in the first game, and in the prequel-sequel, you get to witness how his falling out with Dutch Van Der Linde and his friendship with Arthur Morgan helped shape him into the man he became in his later years. 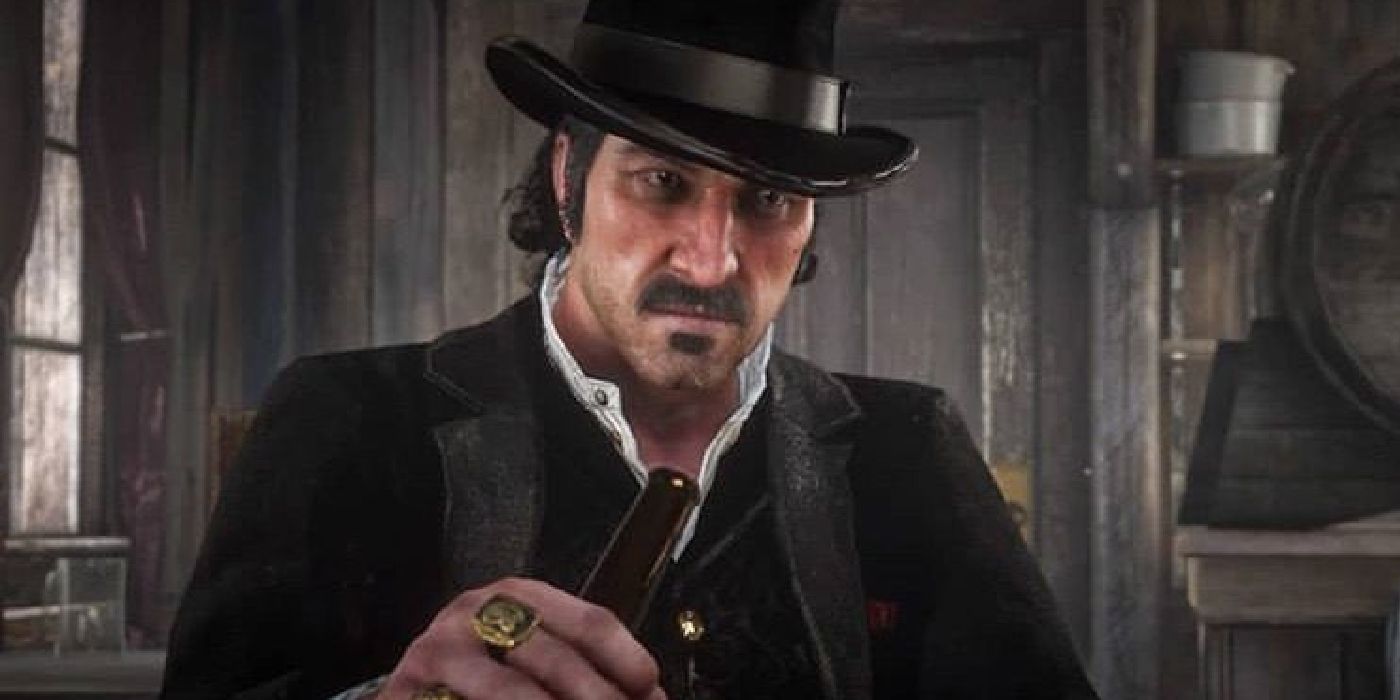 Depending on who you ask you’ll either hear that Dutch Van Der Linde is either a great character or super annoying. The thing about him is that if you’re the leader of a gang then chances are you’re pretty charismatic.

Now, can his personality and repetitive tendencies wear thin on someone? Of course, it can. That being said he does bring a lot to the table as a leader before he logically falls off a cliff once his way of life as an outlaw and cowboy looks to be coming to an end. Dutch is a cautionary tale of unrelenting hubris and delusional grandeur. 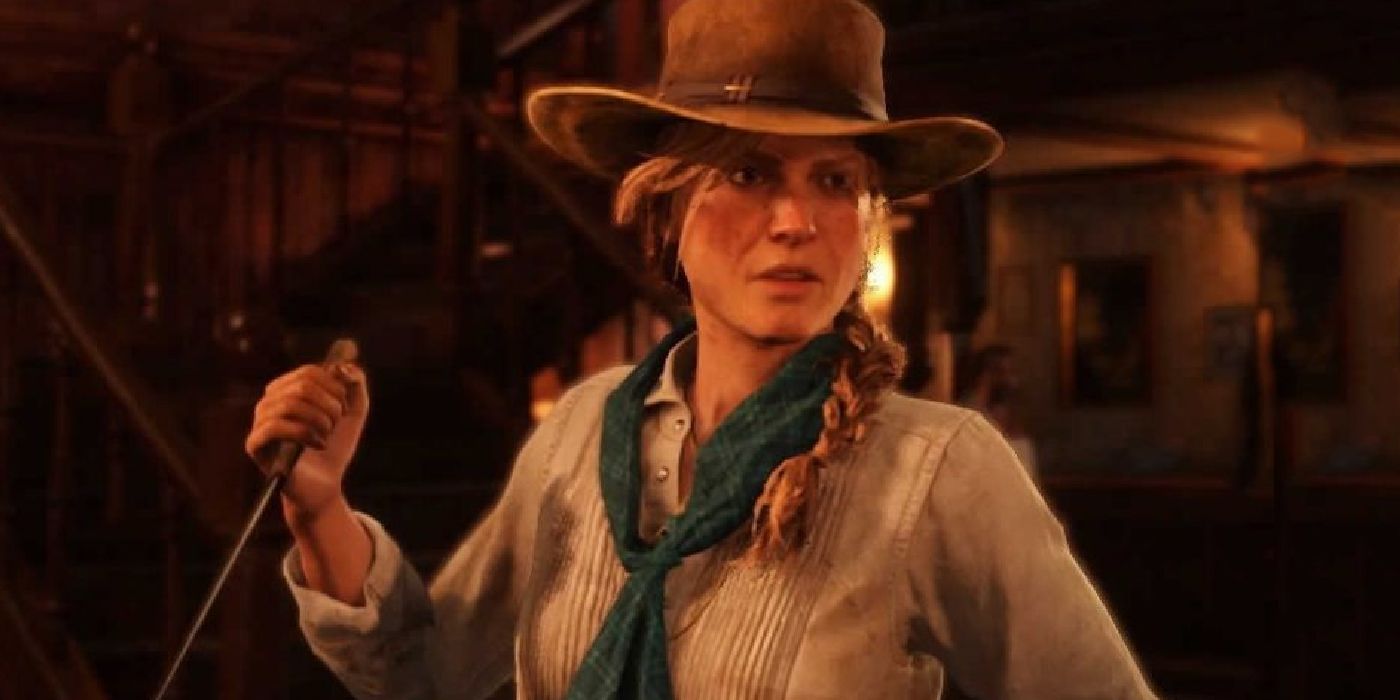 Sadie Adler is the character in Red Dead Redemption 2 that has arguably the largest character growth from the moment you meet her until the last time you see her. She starts as a wife of a man on a small homestead that accidentally lives in an area that crosses the path of the O’Driscoll boys and the Van Der Linde gang.

In moments she becomes a widow as her husband is killed right in front of her. She joins the gang and grows into a strong independent woman who spends her days seeking out vengeance.