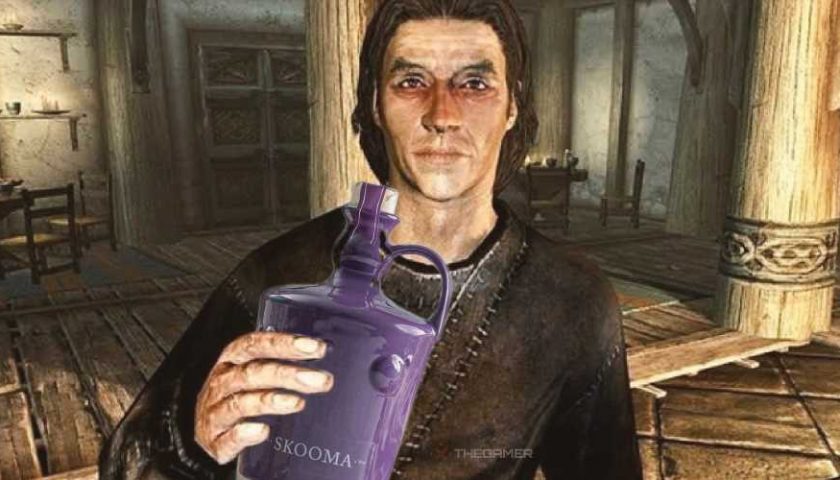 Have you ever played Skyrim and wondered what it would be like to try some Black-Briar mead? How about the Honningbrew variety? What about Skooma? Mead has existed in the real-world for centuries, and now, Skooma is here, too. Bethesda has teamed up with a London-based gin company to make Skooma – a 69% proof absinthe – and it's available to buy now.

Jim & Tonic has turned every Khajit's favourite concoction into fit-for-human-consumption absinthe. Be warned though, at 69% proof it could still knock you on your arse with just a couple of drinks, so be responsible.

In-game, Skooma is a potion that restores 25 points of stamina. It's also a powerful drug that turns many who take it into addicts. Khajit have a natural immunity to the stuff, brewed from Nightshade and Moon Sugar, but Men and Mer are susceptible to its addictive properties. It can induce euphoria and hallucinations, and is sacred to the Khajit and those who worship the moons. 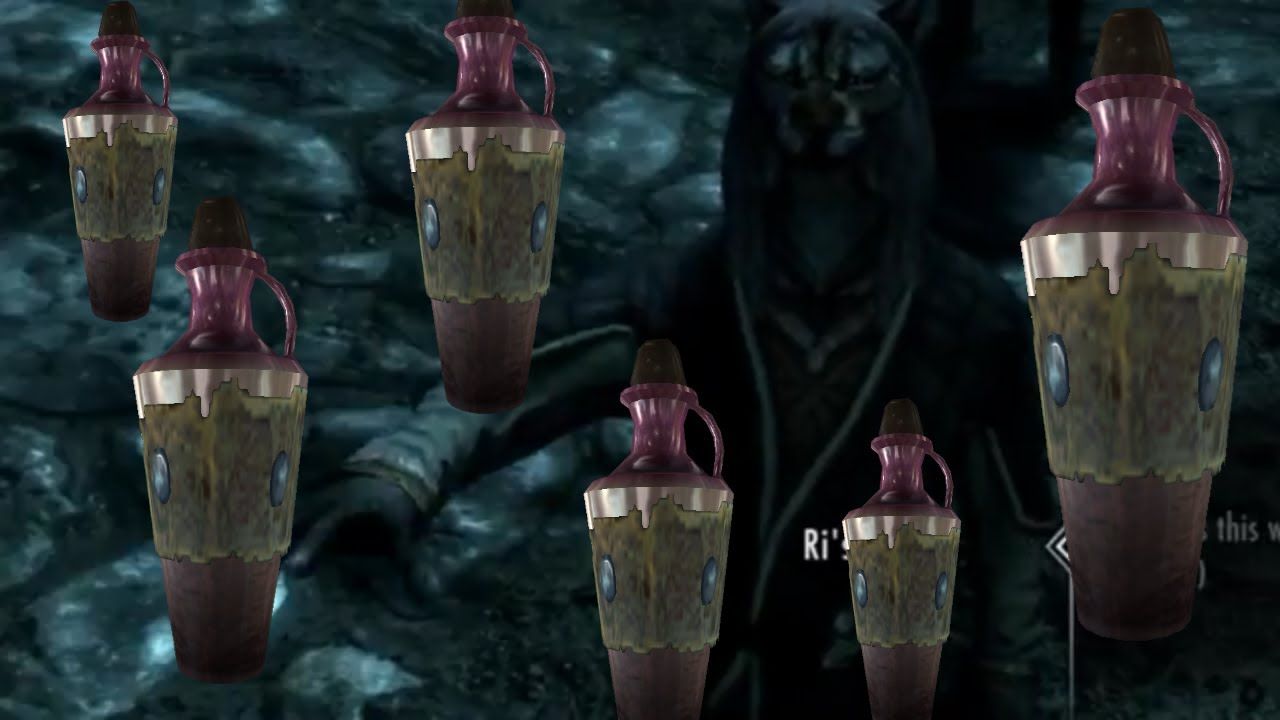 Skooma is dangerous, mystical, and controversial, which is why Jim & Tonic's decision to make it out of absinthe is so fitting. This real-world drink also has a rather sordid history. It was originally sold as a medical elixir, but very quickly gained popularity in France as an alcoholic beverage. Due to the strength of the drink, it's been banned several times in multiple countries, but it's still popular to this day.

Much like the lore-based rituals surrounding moon-sugar and skooma, there's a "proper" way to drink absinthe that involves allowing it to soak into a sugar cube and setting it alight. A bottle of Skooma from Jim & Tonic will set you back £69, so maybe split a bottle with some friends and try the ritual for yourselves.

This isn't the only video game substance to creep into the real world. Last spring, the cocktail Johnny Silverhand has in the opening parts of the game was offered at a bar. It contains tequila, bitters, beer, and a chili rim.