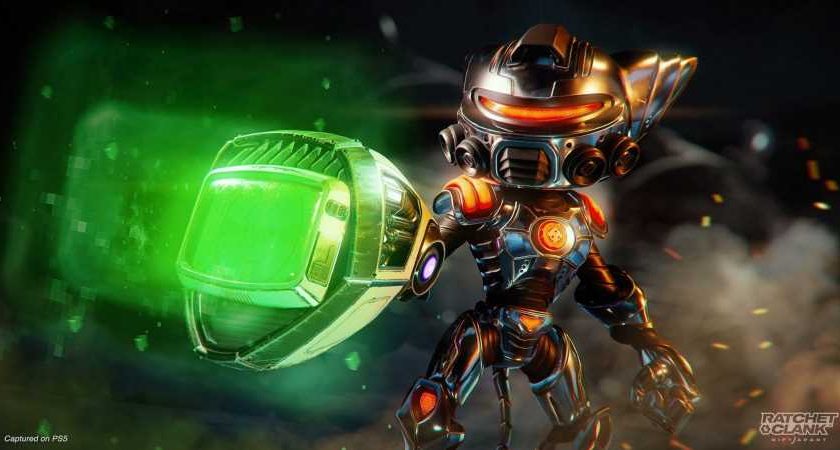 Insomniac Games has revealed that the music coming from your controller when using the Pixelizer HD is actually coming from the Dualsense’s haptics and not the speaker.

The fun little fact was revealed over on the studio’s official Twitter, where they showcased a video of it in action. The video shows Rivet charging up the Pixelizer HD, whilst an 8-bit tune plays from the controller.

Many players doing this for the first time might think that the noise is coming from the controller’s normal speaker, similarly to how many other weapons in the game function, but as it turns out it’s actually being done by the rumble, as proved by the video when the controller is held on a surface and is clearly using the haptics.

If you’re looking to try this out for yourself, it’s important to note that you’ll need the Pixelizer HD, which is the max level version of the regular gun. Once you’ve got it to level 5, all you’ll need to do is half-press the trigger button and it’ll start charging up the weapon and making the noise.

It’s just one of many details within Ratchet & Clank: Rift Apart that shows that Insomniac knows what it’s doing when it comes to the Dualsense and the PS5. Almost every weapon in the game uses the haptics and speaker in some way, but it’s interesting to note that the Pixelizer HD is the only weapon in the game that specifically uses rumble to create music like this.

Although this is a neat trick for the Dualsense, it’s actually not the first time music has been made using a controller’s haptics and rumble capabilities. Kirby Star Allies did a similar thing back in 2018, where at the end of a level a statue of Kirby would rise and play music from the controller using the HD rumble. It just goes to show what controllers nowadays are able to do, provided developers put the effort in.