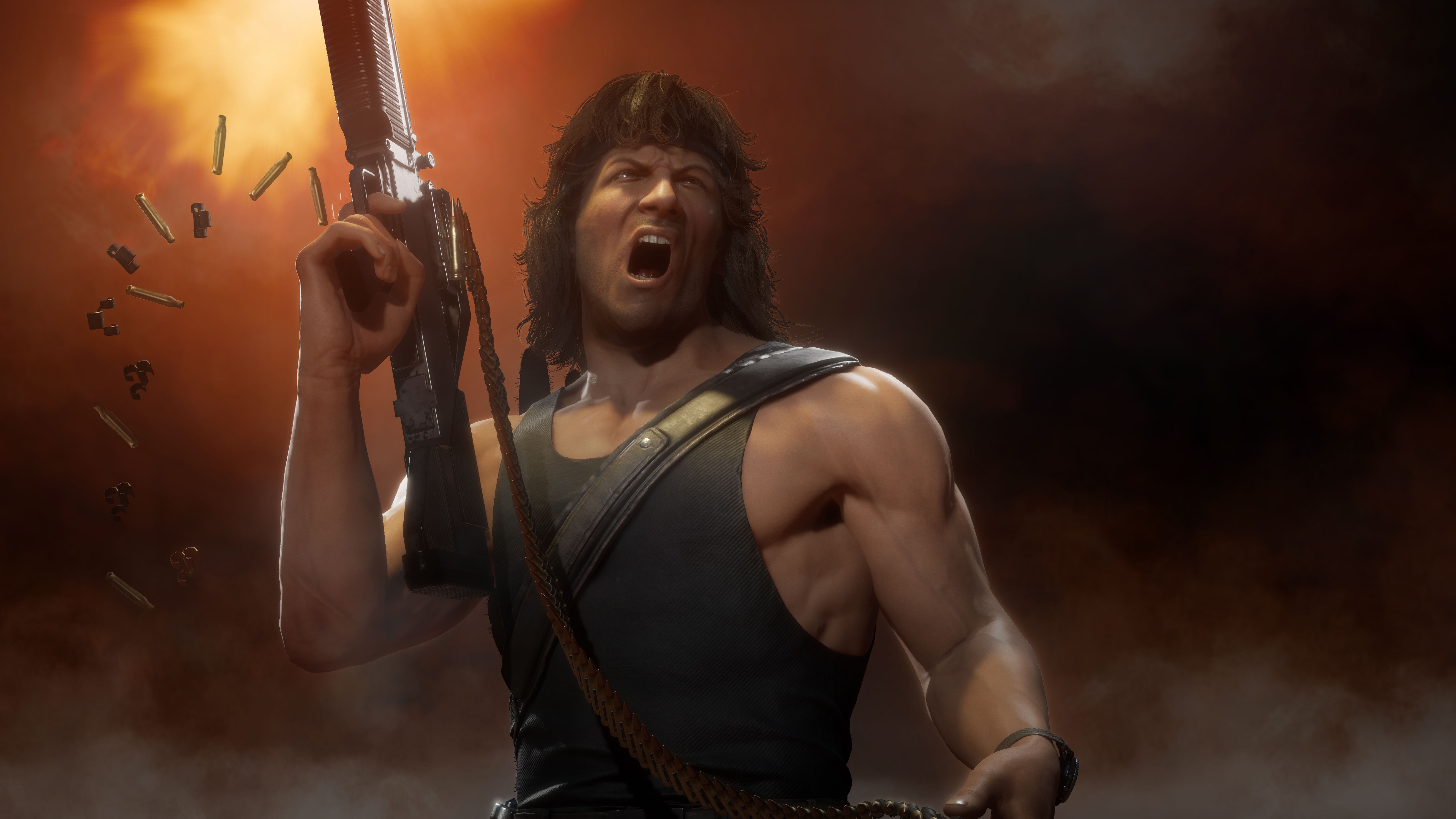 Call Of Duty seems to be getting into the Fortnite business of cross-media cameos, thanks to the new ‘80s setting of Warzone.

Warzone might also be a battle royale game but there’s some key difference, in tone and features, between it and archrival Fortnite. One of the main ones is Fortnite’s celebrity cameos, but now Activision seem to be getting in on the act too.

Things started off with the strange tweet below, showing the stats for an unusually skilled player called SURVIVORJOHN#1009062.

John is the first name of Rambo but what the numbers refer to is hard to say. There’s too many to be a birthday date but maybe they mean something to hardcore Rambo fans, should such people exist.

The only reply was a pondering emoji, but the fact that they replied at all presumably means that similar thoughts have been floating around the corridors of Activision.

Rather than anyone more contemporary, 80s action heroes have become a staple of games as a service titles, with the Predator and Terminator turning up in Ghost Recon, Rambo and RoboCop in Mortal Kombat, and everything from Aliens to Tron in Fortnite.

Some of these characters turn up so frequently they’re clearly being pushed by movie studios to try and keep them relevant, even though you’d have to be into your forties to have seen any of them the first time round – which is not the typical age of a Fortnite, or even Warzone, player.

Whether this a one-off for Rambo, or even just the 80s setting, is yet to become clear but companies pay a lot to have their properties featured in Fortnite and Activision are not ones to turn down some easy money.