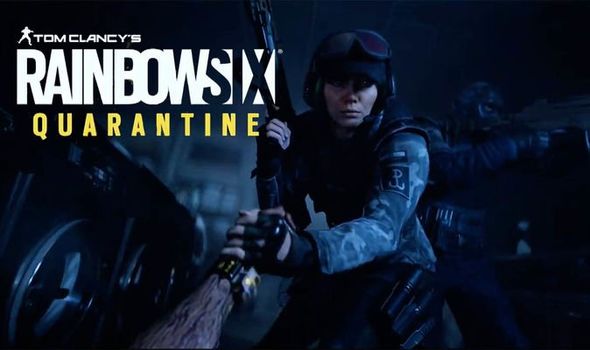 Rainbow Six Quarantine has been officially announced by Ubisoft during their E3 2019 presentation.

As predicted by the leaks, Rainbow Six Quarantine returns to the series PvE roots.

Rainbow Six Quarantine will see players facing off against an “unknown and devastating parasite”.

All that was revealed of the next Rainbow Six game was a cinematic trailer, from the perspective of a character being infected by the contagion.

Monstrous growling can be heard in the background and mysterious shadows can be seen before Rainbow Six operatives come to the characters rescue.

It hasn’t been revealed yet which platforms Rainbow Six Quarantine will be launching on.

UPlay+ is a games streaming service that will give access to over 100 Ubisoft titles, which will be coming to PCs and Google Stadia.