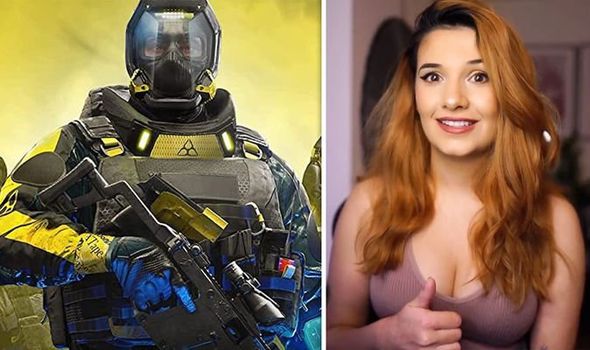 The co-op shooting game has a January 20 release date and a midnight launch time.

To ensure you don’t miss a second of the action, you can even pre-load the game ahead of the official launch.

This means you can jump into the action as soon as the clock hits midnight.

Rainbow Six Extraction sees teams of three attempt to hold back an army of mutated infected.

“For decades, Team Rainbow has been the shield against the worst global threats imaginable. Now, we face the greatest terror yet: a lethal, mutating alien parasite,” reads the official description.

Ubisoft will continue to support the game with free downloadable content in the coming months.

One of the more interesting features is the Rainbow Six Extraction Buddy Pass.

With the Buddy Pass, players can invite two friends to play the game for free for up to 14 days.

“Invite two friends to play 14 days of Rainbow Six Extraction for free with you, from any platform, even if they don’t own the game.”

Unfortunately, the Buddy Pass has been delayed, as Ubisoft attempts to reduce server stress at launch.

Players will be able to redeem their Buddy Pass and invite friends “shortly after launch”.

Finally, to celebrate the launch of Rainbow Six Extraction, Ubisoft is hosting a special 2-hour tournament on Twitch.

“Six teams will go head-to-head to push back the evolving alien threat, the Chimera parasite. Tune in to the Rainbow 6 UK Twitch channel to witness the action unfold,” Ubisoft explains.

If you want to see how the pros do it, the tournament will take place at 7pm UK time on January 20.

If you’re unsure whether Extraction is the game for you, the tournament is a good chance to understand the gameplay mechanics.