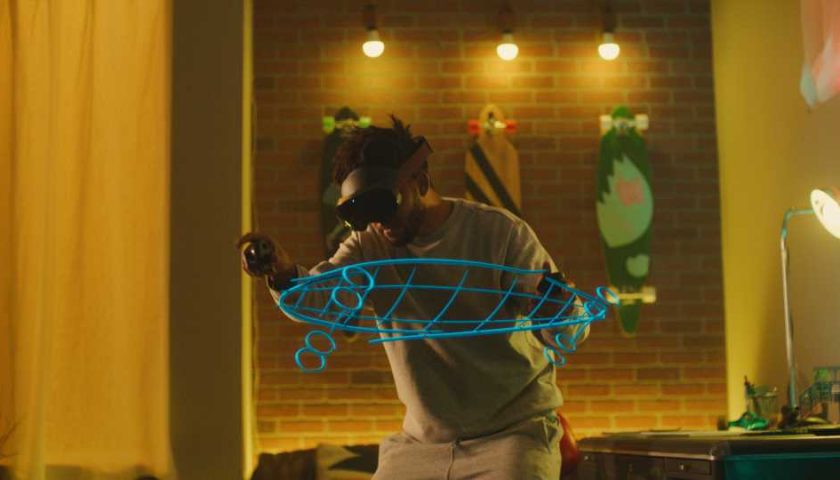 Previously the real-world portions of mixed reality apps recorded using the in-headset capture would show as empty blackness, but with v47 recordings now include the physical world. Technically this now makes Quest Pro a wearable video camera, raising new privacy concerns, though the passthrough quality is inferior to even a smartphone from 10 years ago.

Version 47 is the first major software update for Quest Pro since its launch, and the last for this year. The update also replaces the contoured translucent hands in Quest’s home environment with your Meta Avatar, so you see its arms and torso instead.

Meta’s v47 announcement blog post also claims Background Audio Playback as a new experimental feature, but this was actually present in v46 since Quest Pro’s launch. It lets you keep audio from browser windows or sideloaded Android apps playing in the background, for example Spotify.

That same blog post says v47 includes “a redesigned Library and new ways to filter and search through your games”, but my headset doesn’t seem to have this yet despite being on v47. Meta sometimes rolls out features progressively over the course of a week or more.