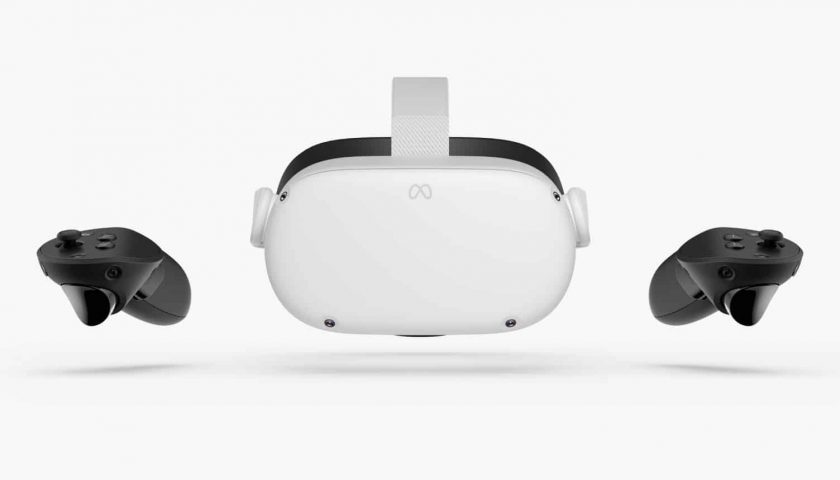 The Touch Pro controllers track themselves via three cameras and a relatively powerful onboard chipset, meaning tracking works at any angle regardless of where the headset is facing.

Touch Pro also has significant haptic feedback upgrades. While Quest 2’s controller has a single linear resonant actuator (LRA) in the handle, Touch Pro has 3 separate haptic motors: a voice coil modulator (VCM) in the handle, and LRAs on the index trigger and thumb rest.

There are a few downsides to Touch Pro, however. When you pick them up, syncing the coordinate space to the headset’s takes a few seconds. Tracking works in this time, but the controllers aren’t in the correct position. They also don’t work as well in the dark, but this applies to the Quest 2 headset as well.

Touch Pro’s compatibility with Quest 2 was announced alongside Quest Pro, but the controllers weren’t sold separately and the Quest 2 didn’t support pairing – until now. You can buy them separately from Meta for $300.

Touch Pro controllers charge via pogo-pins – usually on the dock included with Quest Pro. If purchased separately, they include a compact charging dock. Stylus tips are also included, which attach to the bottom so the controller can act as a pen to draw on virtual whiteboards.

To pair Touch Pro to Quest 2 you use the Quest phone app, provided your headset is updated to v47.