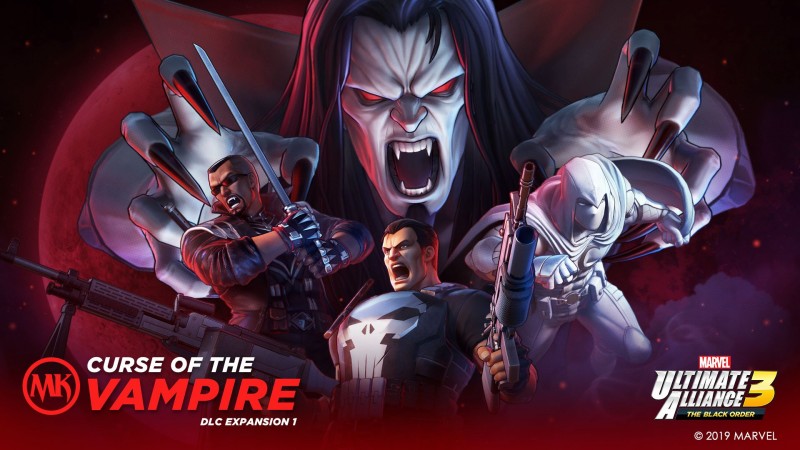 The first downloadable content pack for Marvel Ultimate Alliance 3: The Black Order is out now. Marvel Knights: Curse of the Vampire adds four popular characters to the game’s already-massive roster of playable heroes. The pack is out now as a part of the title’s Expansion Pass.

Curse of the Vampire adds Punisher, Blade, Moon Knight, and Morbius to fight alongside the likes of Iron Man, Captain America, Spider-Man, Wolverine, and more. Those who purchased the Expansion Pass can also play a new mode: Gauntlet. In Gauntlet mode, you can join a team of four co-op players to tackle challenges one after the other to earn rewards. Once you beat Gauntlet, you unlock a survival version of the mode where you see how long you can last and where you land on the global leaderboards.

This first DLC pack launches alongside a free update for every Marvel Ultimate Alliance 3 player. The free update adds new outfits for Captain America, Black Panther, Iron Man, and Thor, which you can see below. In addition, players who think they’re worthy of a new challenge can attempt to play through story missions in a new “Nightmare” difficulty mode. 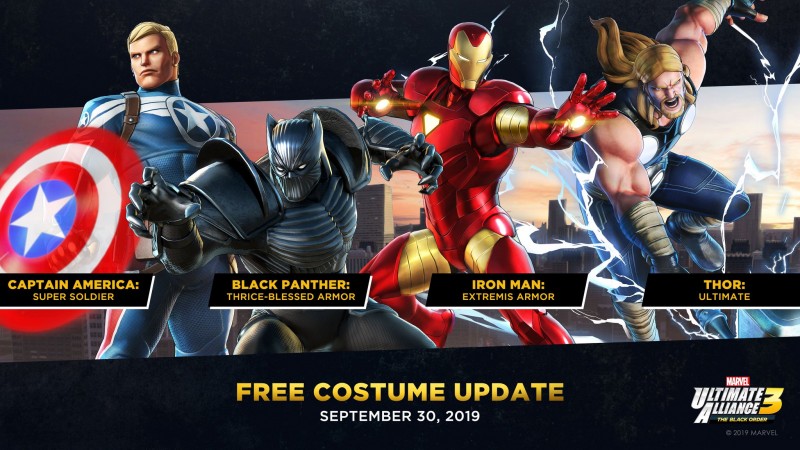