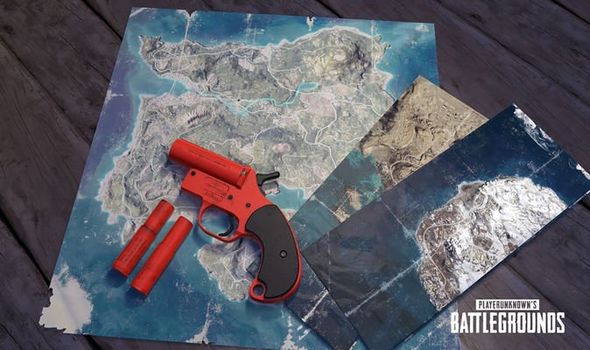 PUBG fans can download a huge new update on PS4 and Xbox One today.

The new Battlegrounds update can be downloaded during a period of four hour server downtime on consoles.

The server maintenance started at 8am UK time and is scheduled to end at 12pm BST.

The news was announced by PUBG developer Bluehole on Twitter: “Xbox & PS4 Players: Live server maintenance has begun and is expected to last 4 hours.”

According to the patch notes, the update will re-enable the Vikendi Survivor Pass for one more week.

The update also introduces two new vehicles to the snow-covered map. This includes the 4×4 Zima and the Snowbike.

Fans will also be able to take advantage of the flare gun, which calls in a special care package. 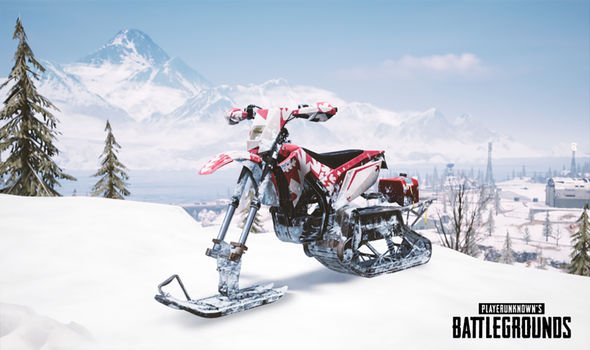 We understand that our messaging regarding the ending date of Survivor Pass: Vikendi was unclear, and that technical issues which caused mission progress tracking to be temporarily halted resulted in a great deal of confusion, and we apologize for this.

To ensure players are able to complete missions in the time they feel they had remaining we will be reopening the Survivor Pass for one week, with a start date of April 9th (after maintenance) and ending on April 16 02:00 PDT.

• Survival Title System Season 1 has been extended to May 14, 2019 PDT in order to give our players more time to hit milestones and receive season rewards.

• The Snowbike replaces motorbikes on Vikendi.

• What the Snowbike lacks in durability, it makes up for with high speed and great maneuverability.

The Zima replaces UAZs on Vikendi.

• It won’t have perfect control on Vikendi’s snowy plains, however the 4×4 Zima is much easier to maneuver compared to other vehicles.

• While the Zima is relatively slow, it has high durability making it ideal for combat situations.

• Flare Guns can be rarely found on the map, with an average spawn rate of 3 Flare Guns per game for all maps

• Flare Guns used in the early phase of the game often give a great advantage with little risk, therefore, the Flare Gun will only deliver a care package when used after the first blue zone phase.

• Care Package contents will include 1 set of item, regardless of the mode you’re playing (Solo/Duo/Squad) 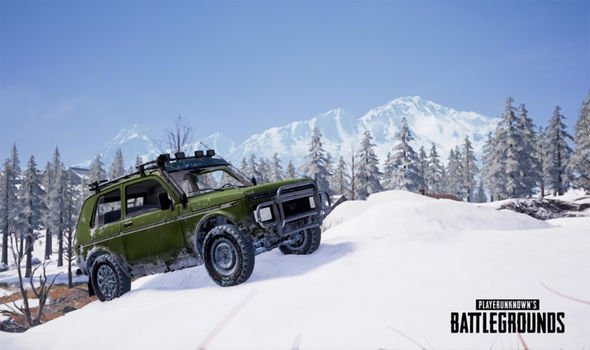 • Improved reflective effects on the lens of scopes.

• Vehicle tires will now be destroyed immediately when a vehicle explodes.

• While prone and moving into a position where the character shouldn’t be able to prone, the character will automatically change to crouched position.

• When a character is very far away and takes up a small portion of the whole screen to the point where animations wouldn’t be visually noticeable, the animations are disabled, improving game performance.

• The more character models in an area which can have AnimNode LOD disabled, the higher performance gain compared to having AnimNode LOD enabled.

• For more insight, please take a look at our Console Dev Report #3.

• Trees with similar shapes are rendered using “instancing” and draw multiple trees at the cost of drawing a single tree, this heavily reduces GPU load.

• With GPU Instance Culling, only the objects that must be drawn on-screen are rendered, which dramatically decreases the GPU processing time and improves FPS.

• For more insight, please take a look at our Console Dev Report #2.

• Optimized the hit criteria for Molotov when calculating character’s damage.

• Optimized certain elements of the HUD UI which were causing decreased performance.

• System improvement: The result screen of a match has been separated from the session.

• When a custom match finishes, players will now be able to review the results screen for 10 minutes. The next custom match can be launched 1 minute after exiting the previous match.

• Fixed the issue where the S686 could sometimes be fired 3 times in a row due when a player had poor network connectivity.

• Fixed the issue of the loading screen image occasionally remaining in the lobby.

• Fixed the issue with character travelling certain distance with falling motion after landing.

• Fixed the issue of an abnormal character animation being shown when grabbing a Flare Gun in a specific position.

• Fixed the issue of interaction highlight and button being shown for destroyed motorbikes and scooters.

• Fixed the issue of throwables becoming invisible after being thrown and switching to a different weapon.

• Fixed the issue of reticle brightness getting reset when switching scopes or picking up dropped weapons.

• Fixed the issue with moving to the mode selection screen instead of session list when entering or leaving a custom match session.

• Fixed the issue of raining effects being shown indoors.

• Fixed the issue which could cause the remaining number of rounds in a magazine to be displayed incorrectly when reloading.

• Fixed the issue of an animation being displayed backwards when the character is armed with melee weapons and walking backwards.

• Fixed the issue of a character and its shadow not displaying some swimming animations in FPP mode.

• Fixed the issue which prevented switching helmets, vests and weapons when the inventory is full.

• Fixed the issue where a smoke grenade’s fuse starts to go off when touching the ground instead of when the pin is pulled out.

• Fixed the issue of being unable to switch weapons when pulling out the safety pin of a grenade.

• Fixed the issue with the name of two skins being identical.

• Fixed the issue where Molotov’s flame sound could be heard over a 1km radius.

• Fixed the issue of care package being stuck in an abnormal motion when obstructed from landing.

• Fixed the issue with characters attacking with fists instead of throwing throwables when a player had poor network connectivity.

• Fixed the issue which could cause grenades to deal damage through walls of certain buildings.