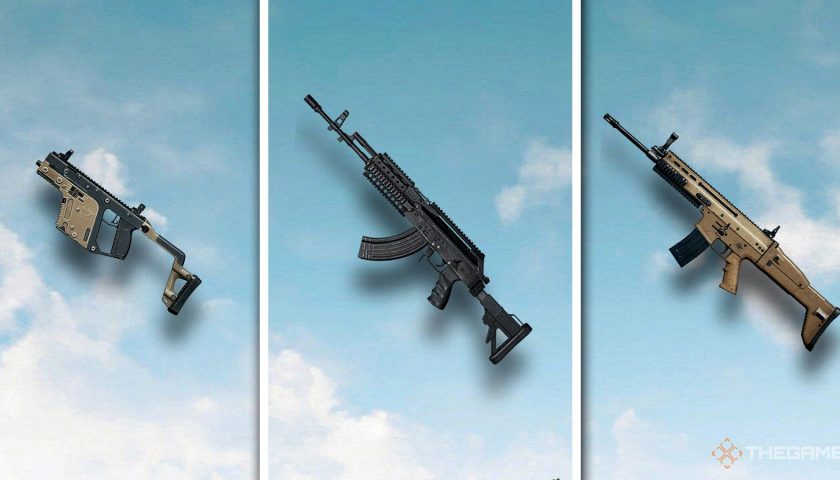 If you’re new to PUBG or want to play competitively, this guide will assist you in selecting the best weapon from a plethora of options.

Players have a lot of options regarding weapons, and believe it or not, it’s easy to get lost in them. There are some choices that PUBG professional players would prefer over others in order to get the competitive edge. So, read on if you want to acquaint yourself with the best choices of weapons.

It should be noted that these guns are categorized according to their classes, with the best from that class selected. It should be stressed that this list excludes the crate weapons for obvious reasons; they are already too good to be in the game’s normal loot. So, don’t hesitate to take one if you get the chance! 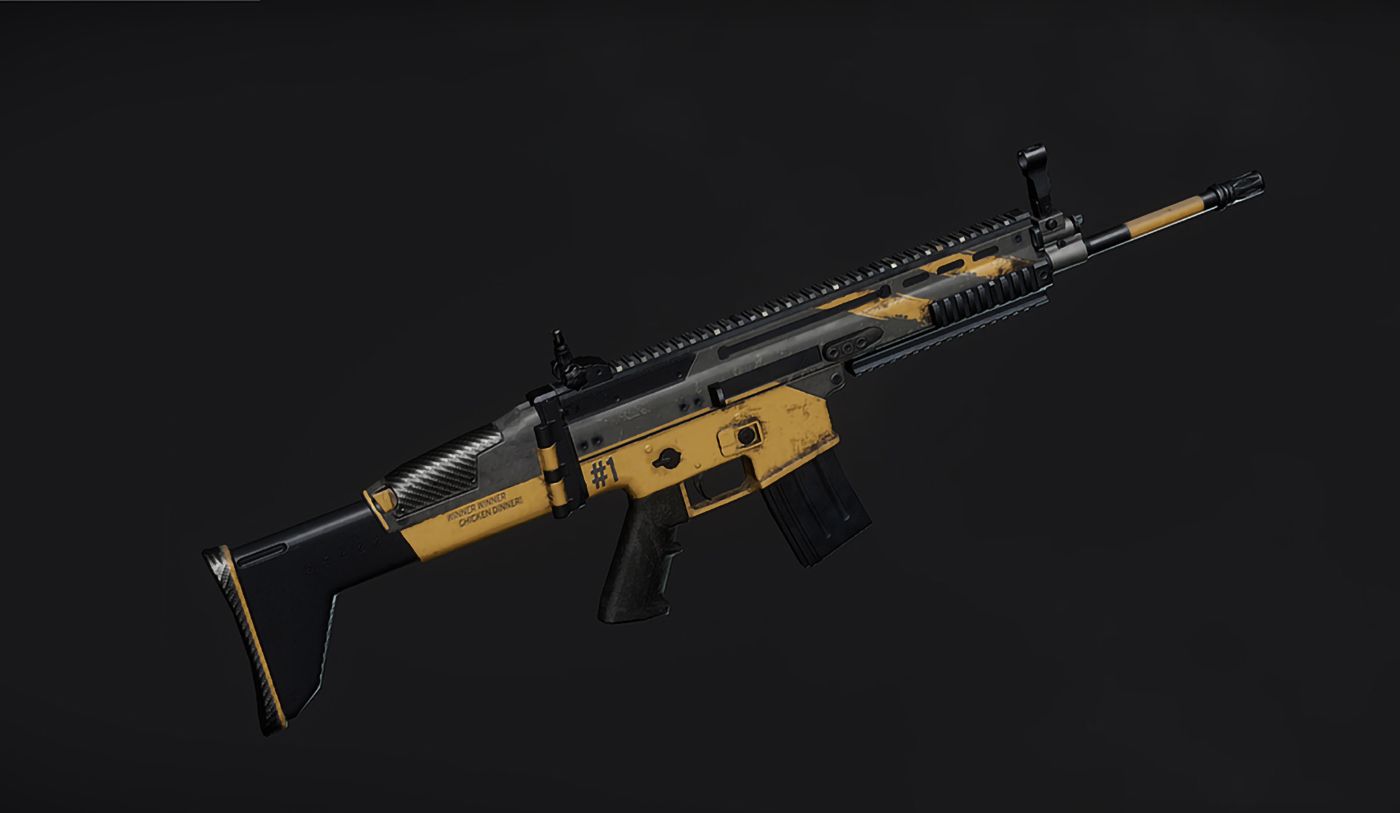 If you are looking for an all-round weapon capable of taking on short and medium-range fights, SCAR-L is a fantastic choice.  It is quick and powerful. The recoil feels moderate and controllable, making it one of the best choices for any scenario.

The SCAR-L Assault Rifle has four attachment slots, which is more than you would need to get the job done. The red dot sight could be your best choice for upper rail attachment.

If you are in the habit of using assault rifles for medium- to long-range shots, make sure to carry a 4x or 3x scope, provided that you have mastered the gun’s recoil at those ranges. The choice of Suppressor or Compensator depends on your preference.

If recoil and accuracy are your first priority, opt for the Compensator. If the concealment of your position matters the most to you, choose the Suppressor. Most players would agree with the Vertical Foregrip for the choice of a grip as it is the most efficient for canceling the vertical recoil and pattern recoil. 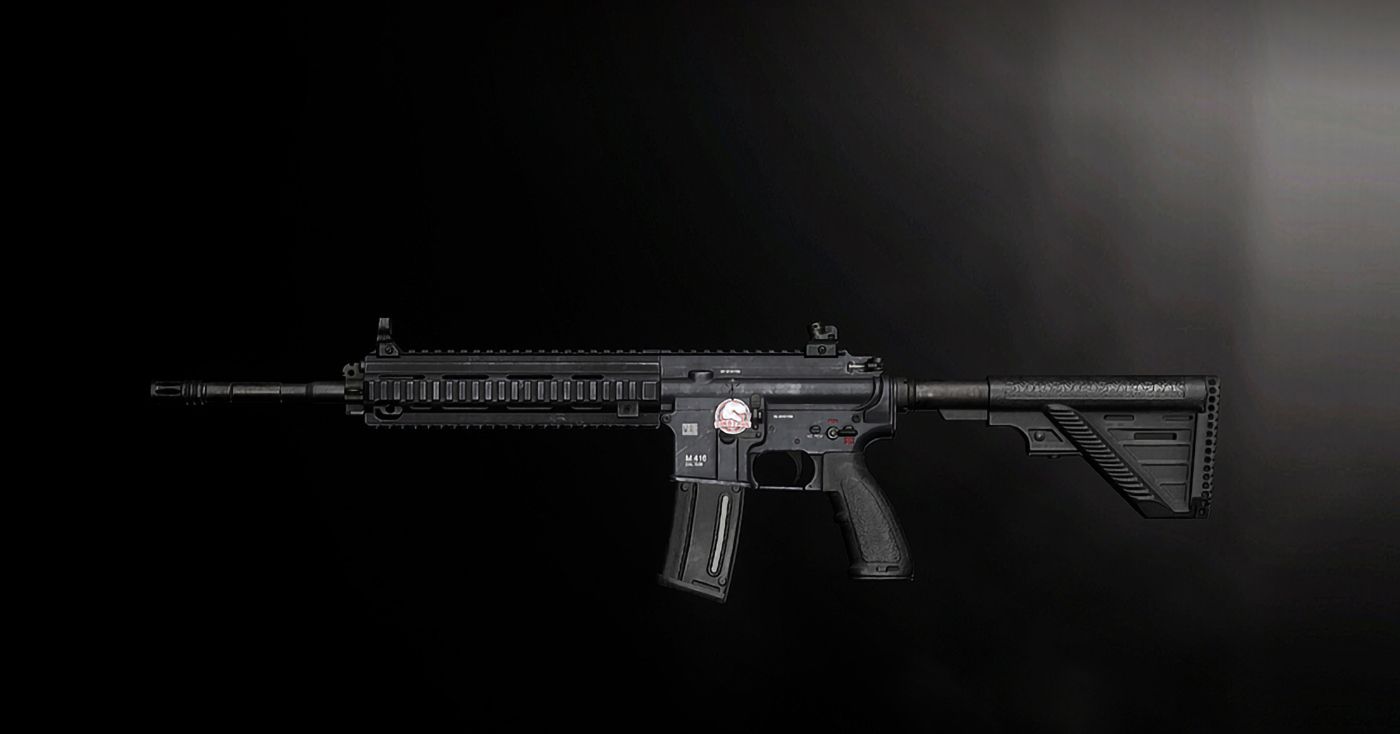 If you manage to kit this weapon all the way, you are going to have a powerful slaughter machine. The choice of other attachments is similar to the SCAR-L.

Opt for the Compensator if recoil and accuracy are your top priorities. Choose the Suppressor if concealing your position is important to you. Most players agree that the Vertical Foregrip is the best grip for canceling vertical and pattern recoil. 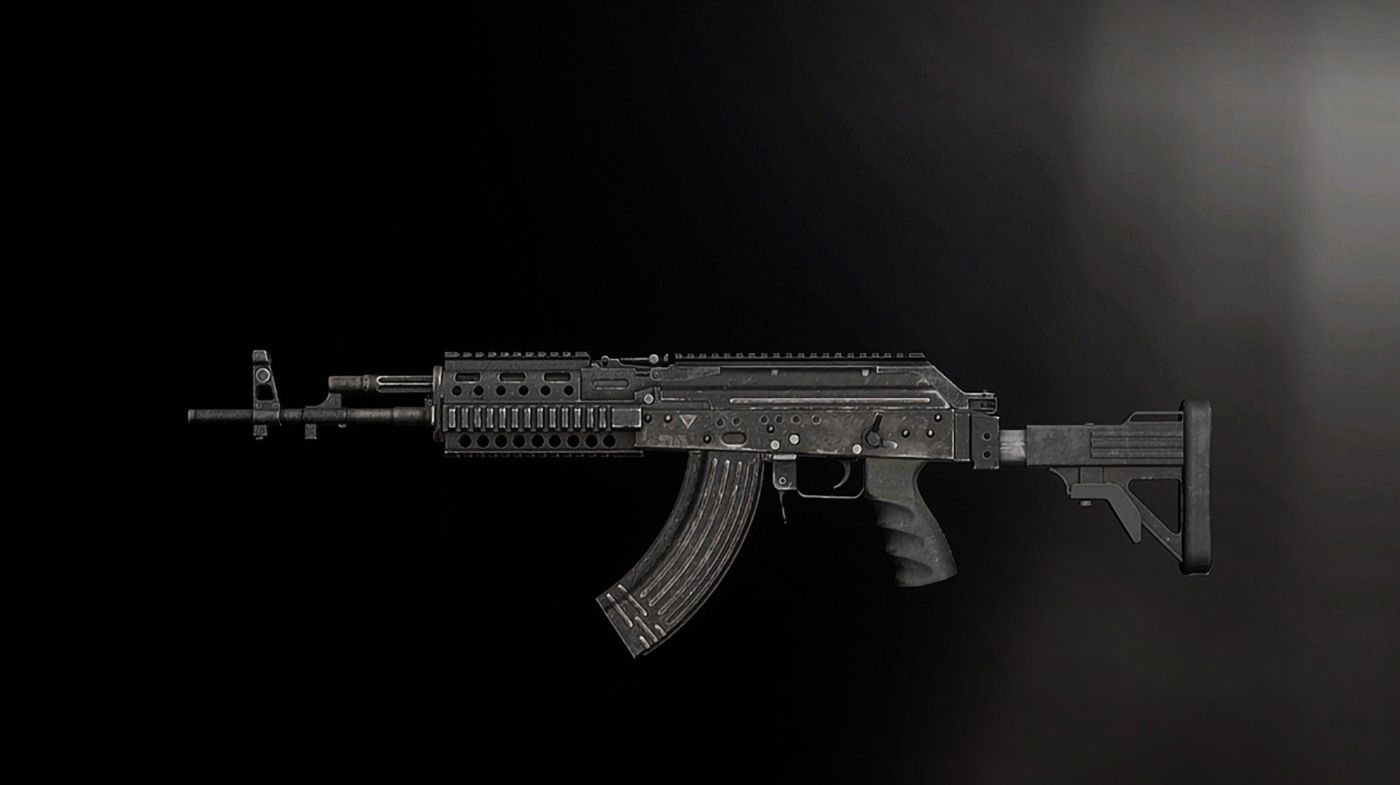 As many know, the guns with 7.62 ammunition hit harder than the ones with 5.56 ammunition. The less manageable recoil of those guns, including the AKM and Beryl M762, is the most challenging aspect of them.

The available attachments for Beryl M762 mitigate the recoil problem to some extent. However, keep in mind that, with all of the good attachments and some recoil control on your side, you will be able to obliterate the enemies in the shortest amount of time. 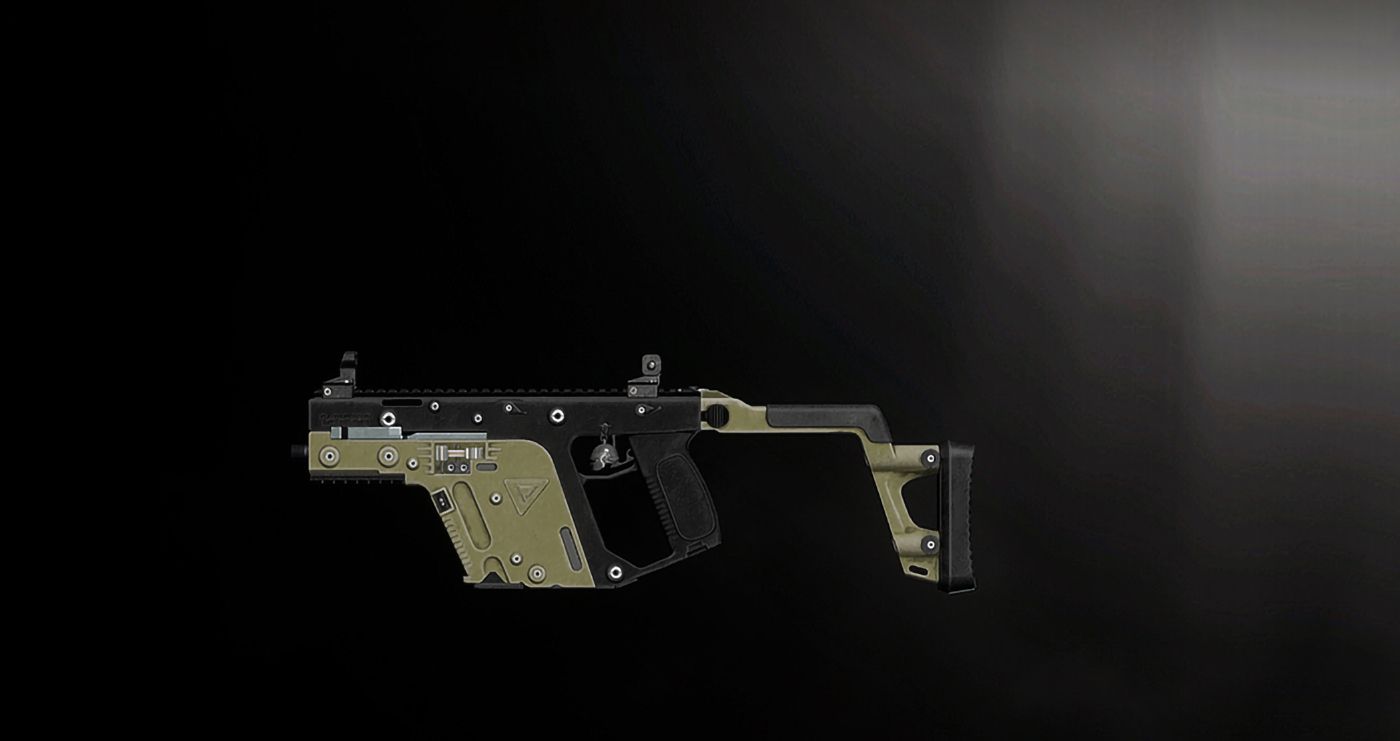 If you’re looking for a weapon that can spit lead out at an incredible rate of fire, this is it. Before you rush to the game in search of this monstrous SMG, you should understand that the Extended QuickDraw magazine will provide you with 25 bullets.

Forget about the gun without a mag, as it is most likely that you would miss some of those 13 shots. Nevertheless, if you manage to upgrade this gun with the right attachments fully, you will have a lethal gun in your hands that could take enemies out before they get the chance to react.

You could also add a stock to the weapon that would further mitigate the recoil and help with stability and accuracy. If your opponent possesses this weapon, it is best to confront them from a long distance.

In all honesty, the SLR is one frightening weapon at all ranges. It deals the most serious damage of all DMRs and goes through devastating rounds effortlessly.

It might have slightly higher recoil than other DMRs (provided that they are fully kitted with attachments), but that is the only thing you have to control. You could cause carnage on the battlefield, taking players out by those deadly consecutive shots.

SLR is one of the most powerful DMRs in the game when it comes to hit damage. With its 7.62mm bullets, the SLR has high impact damage and can take down an opponent with only two headshots.

People who have had the chance to use the crate weapon MK14 know that SLR is its little sibling with more manageable recoil and slightly less damage. 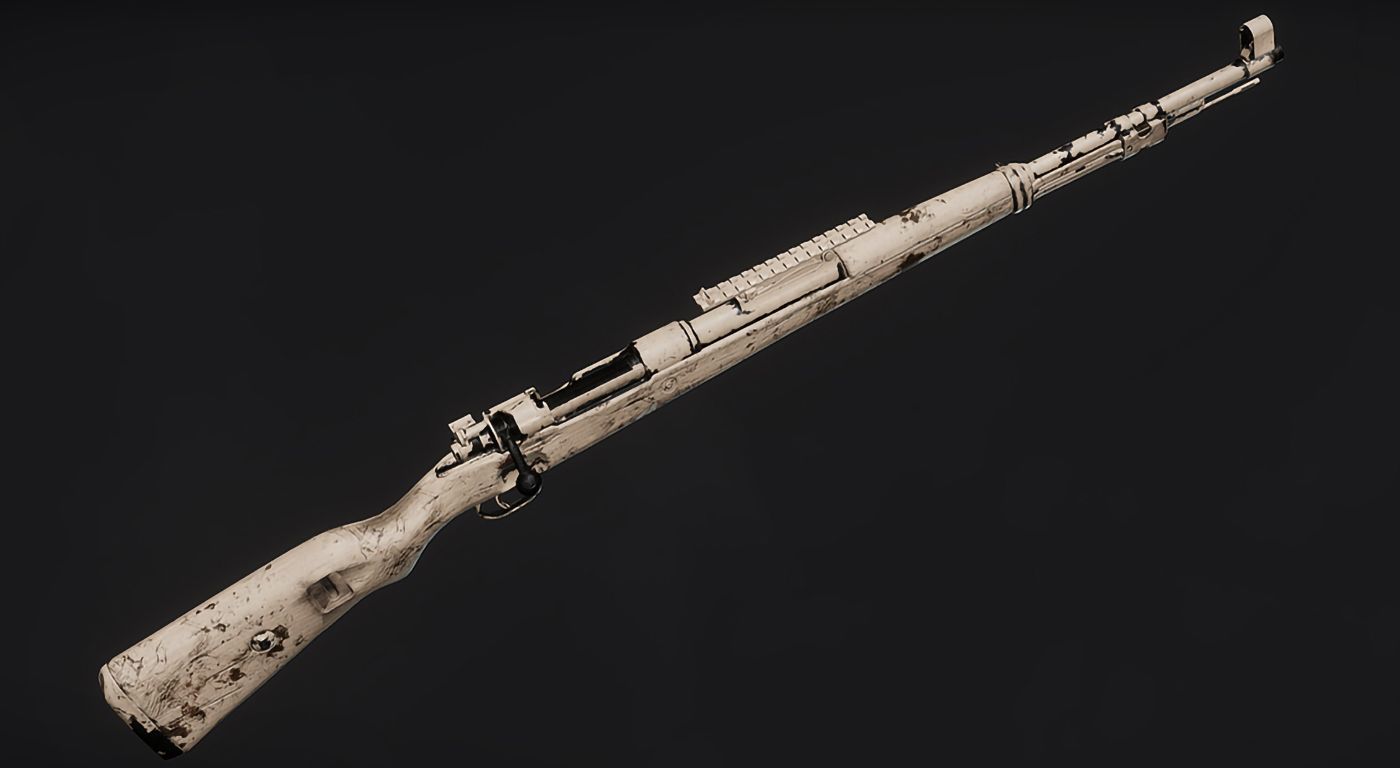 The notoriety of this Sniper Rifle for those one-shot headshots has always been corroborated, even in other games. One has to admit that the satisfaction you get from those vicious headshots is unparalleled. In extremely long ranges, you would certainly need to compensate for the bullet drop.

But with the exception of that level 3 helmet, nothing is in the way of your bullets. It takes any scope and gives you the choice of a suppressor to hide your location.

If you want to spend your time as a sniper, Kar98K is the best option for you. Just get this weapon and start hitting those headshots, and you’re guaranteed a unique pleasure, the likes of which you would barely find in any other battle royale game.