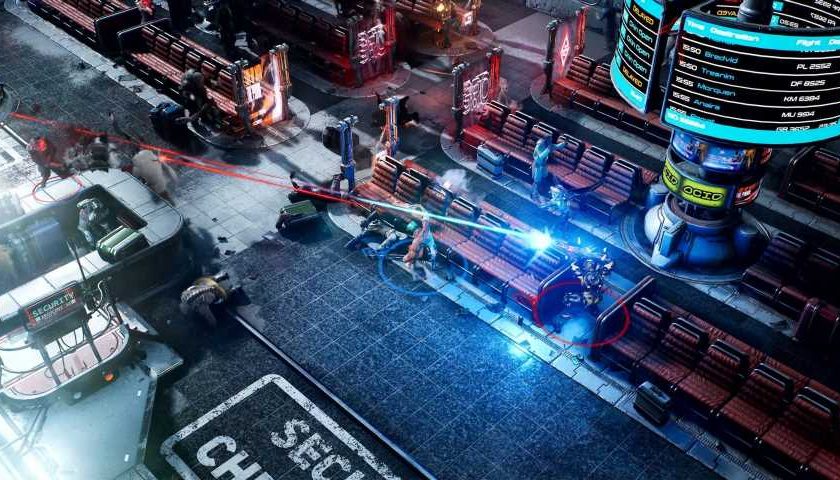 Krafton has announced its intent to acquire Neon Giant, makers of isometric cyberpunk twin-stick shooter The Ascent. Krafton is the South Korean holding company that owns the PUBG franchise (in addition to lots of other developers), while Neon Giant is the Swedish developer whose debut game made $5 million in its first week of sales.

The announcement comes as part of Krafton’s third-quarter preliminary earnings report, which simultaneously confirmed Neon Giant’s acquisition move as well as Neon Giant’s next project. "The company announced plans to acquire Swedish studio Neon Giant (The Ascent), which is currently working on an open-world FPS game."

Neither Krafton nor Neon Giant disclosed a sale price or the expected date when the deal will be completed. There were also no details on the shooter Neon Giant is developing.

The Ascent was released in July 2021 as an Xbox and Game Pass exclusive and quickly gained quite a following. The game combines twin-stick shooting with RPG elements, with players augmenting their character with cyberware and upgrading their skills and abilities. The Ascent gets its name from the powerful megacorporation which controls the arcology players must ascend in order to stop rival factions or corporations from seizing full control of the settlement.

But what sets The Ascent apart is its gorgeous cyberpunk world. Despite being an isometric game, Neon Giant took extra care to ensure The Ascent's metropolis achieved a level of detail one would normally associate with triple-A open-world games. Even though you can't see it normally, Neon Giant ensured every corner of the game received the same gorgeous visuals.

After a few months as an Xbox exclusive, The Ascent made it to PlayStation and then received its first paid DLC. It seems like development may have ended on The Ascent, but the good news is you can nab it on Steam for 67 percent off from now until November 22.

Besides Neon Giant's new game, Krafton also confirmed it's establishing a Canadian studio that will lead development of a new fantasy game based on the novel The Bird That Drinks. No other details have been confirmed, but this unnamed studio is hiring for this equally unnamed game.