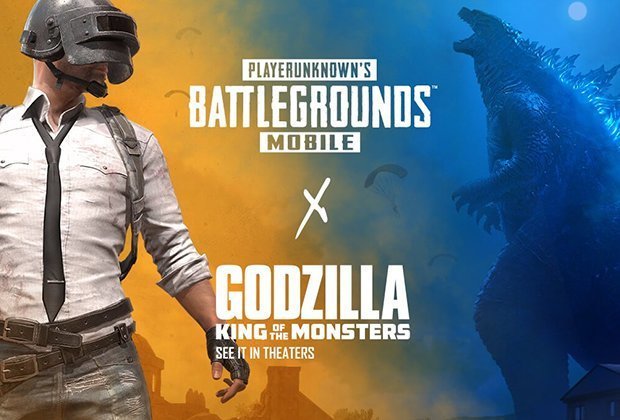 PUBG Mobile never seems to calm down. The mobile iteration of the Battle Royale game wraps up one event and another seems to fall in and take its place immediately.

Just this week, we’ve seen publisher Tencent announce another event for the game, this time in collaboration with Godzilla: King of the Monsters.

At the time of writing, we’ve only seen the logo for the upcoming event released on social media channels via Tencent.

As soon as any more information about start time and start date is revealed, we’ll make sure to update you.

If previous events are anything to go by (the PUBG x Resident Evil collaboration is a good event to base our predictions on, for example), we’re expecting to see new modes, event-themed skins, and possibly new weapons too.

The newest Godzilla flick debuts on May 31 in the States and around that date around the world, so you can likely expect this event to go live just before (or on) that date.

Godzilla: King of the Monsters is an upcoming movie directed by Michael Dougherty following on from Godzilla (you know, the one that featured Brian Cranston).

The feature film will include a fight between Godzilla against various other kaiju – including Mothra, Rodan and the three-headed King Ghidorah.