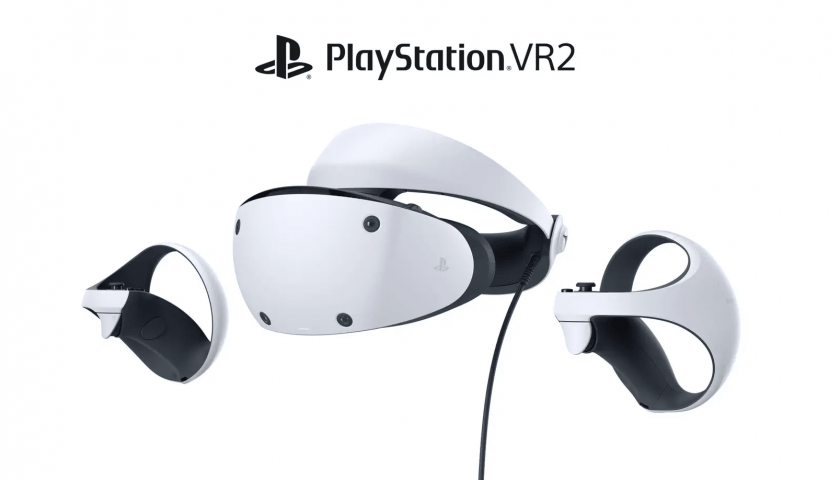 Roughly a year on from its initial announcement, we finally have a first look at the PSVR 2 headset.

Sony just put up a PlayStation Blog post revealing the design, which features a white shell, an adjustable halo strap similar to the original PSVR design, four front-facing cameras for inside-out tracking and a wire attached to the back of the halo ring.

In the blog post Hideaki Nishino, Senior Vice President, Platform Experience said the design was intended to match the orb-like structure of the PSVR 2 Sense controllers, which have also been given the same white shell. All in all, the visor itself actually looks pretty similar to a Quest 2 headset, but the use of white plastic obviously falls in line with the shell of the PS5 console too.

Some features from the original PSVR remain, like the ability to move the visor closer or further away from your face and the headphone jack being located on the wire itself. The headset is also slimmer and sees a “slight weight reduction” over the previous headset and there’s a vent design that might help avoid fogging.

You can also spot an interesting-looking face gasket, which will include the haptic motor Sony previously confirmed to add immersion to VR experience. It may be that rumble provides a sense of speed in a car, or feeling an arrow fly by your head.

The blog post still doesn’t confirm if PSVR 2 will be releasing this year, nor when we’ll next hear about the headset. Developers do have kits already, though, and GDC 2022 is right around the corner, so it’s possible that we could be seeing more very soon. For now, we also have the official PSVR 2 specs and we’ve seen the first confirmed game in Horizon Call of the Mountain.

What do you think of PSVR 2’s design? Let us know in the comments below!