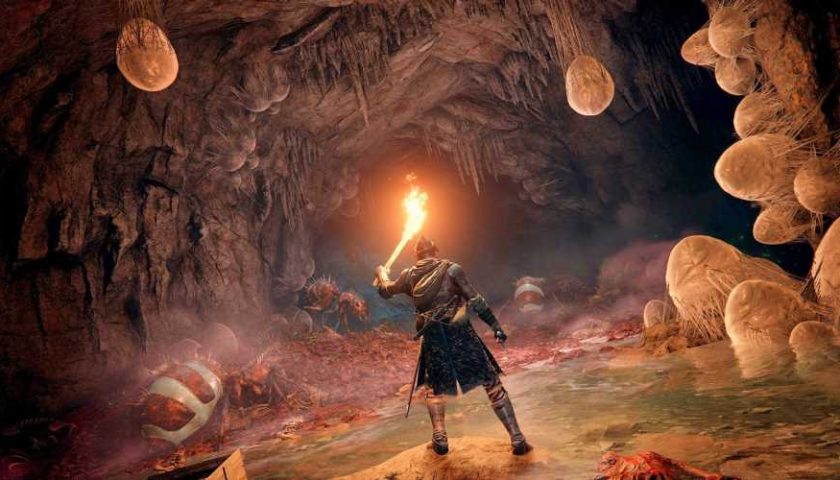 Elden Ring doesn’t have a pause button. Just like every Dark Souls game FromSoftware has ever produced, you cannot pause Elden Ring mid-game. You can save and exit, you can leave your character in a relatively safe area to stand around like a doofus, and you can just let yourself die to a golem to stare at the “You Are Dead” screen, but you can’t pause. Ever.

This sucks for multiple reasons. As our own Khee Hoon Chan more eloquently explains, pause buttons are great. Being able to put down a game to address whatever is going on in real life is super convenient, whether that be going to the door to accept your takeout order, getting up to take a leak, or throwing your dog across the room (it's for fun–trust me, he loves it). Pausing is something that’s become so common in other games that we just take it for granted, and newcomers to the Dark Souls series can find the total lack of a pause button utterly alien.

However, it turns out that Elden Ring does actually have a pause button after all. Kudos to Twitter user Iron Pineapple for realizing that going into the inventory screen and selecting “menu explanation” actually freezes Elden Ring entirely, allowing you to do whatever you need to without fear of being eaten by a grue.

There’s every possibility that FromSoftware initially planned Elden Ring to be devoid of a pause button just like most of their games, and now that this kludged pause is becoming more widely known, they’ll remove it in a future patch. But hopefully not.

If you really can’t go without a pause button in your Elden Ring experience, there’s at least this mod to help you out. Unfortunately, the mod is only available on PC, and it also has the unintended feature of fast-forwarding your game for a moment after you unpause, which means it's not really useful if you're already knee-deep in skeletons. But if you're in the over world and you just gotta go, then at least you can hit pause.