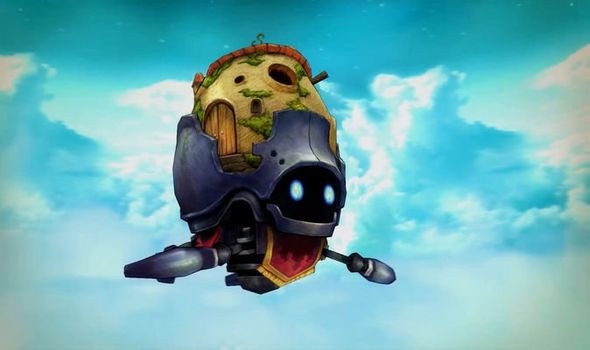 PS4 gamers have been warned that a new PlayStation 4 RPG is being released on the PS Store this week.

And something that might intrigue fans even further is that his new title will be free to download and play.

This means that PlayStation 4 console owners won’t need a PS Plus account to play it online.

Bringing F2P RPG to the PS4 may seem like a risk but it all adds up when you think about the 100 million units sold since it launched back in 2013.

Add it to that Caravan Stories will be a console exclusive, for now at least, and it could make for a winning formula.

The new MMORPG won’t be launching today, but it has been confirmed that Caravan Stories will be available to download on September 10.

We can’t be sure exactly when it will be going live on Tuesday, but fans will be hoping for an early launch time.

The only downside is that Caravan Stories won’t be launching at the same time in European PlayStation Store and appears to be coming to North America in September.

Due to it being a F2P title, it will probably be possible to set up an NA PSN account to download and play Caravan Stories in the UK.

Caravan Stories has been delayed in 2019 and was initially set to launch much earlier.

More polish was needed to complete the project, but there was some interesting news shared at the time.

This included the reveal that Caravan Stories would offer some kind of exclusive PS Plus bundle following its launch.

So it seems pretty likely we will hear something about that new pack in the coming days or weeks.

There doesn’t appear to be a PlayStation Store page active yet for the game, but its release is part of the rundown of games confirmed for launch this week in a new blog post.

“Live for the journey! Do you ever find yourself with a similar feeling of wanderlust?” the game description reads.

“Vast open prairies, mystical forests as far as the eye can see, barren lands covered in rocky outcroppings… Caravan Stories is a free-to-play MMORPG where you adventure in an expansive world with a large cast of allies.

“When it comes to battle style, enjoy it co-op, PvP, or solo — play it your way! There’s no wrong way to play.

“As you progress, you’ll build up new skills, your tamed creatures will grow into more intimidating allies, raids will be even more thrilling, and new lands will open up to you to take you on grand new adventures.”

The game is already available to download and play from the Asia PlayStation Store, scoring high reviews on the PSN.

This version of the game requires under 10GB of space to download and came with a free PS Plus Phantasm Gems bundle, which appears to be the in-game currency.

The development team has already started answering questions on what will and won’t be included in the Caravan Stories in the US PlayStation Store.

We already know that Caravan Stories could see fishing activities added in the future, although these haven’t been confirmed for the final product yet.

The game won’t boast a huge range of trophies in September, with devs confirming that there will be a couple of bronze, two silver and two gold trophies.