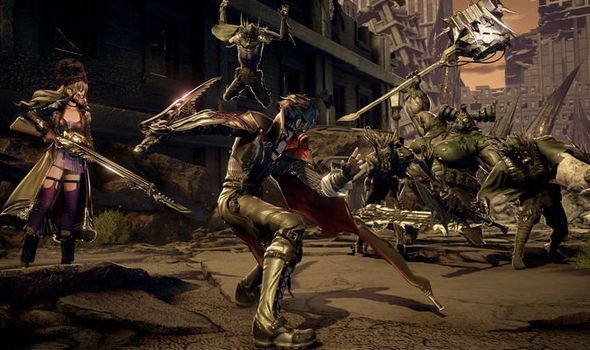 PS Plus fans have been given some surprising news ahead of Sony revealing the PlayStation Plus September 2019 selection of free PS4 games.

PS4 fans in September 2019 are going to have a choice of free downloads, whether or not they have a PS Plus membership.

And that because on top of the PlayStation Plus games being released next month, we’ve found out about a few other freebies heading to the PS Store.

According to Bandai Namco, a new demo experience will be launching on September 3 on PS4 and Xbox One.

And the great news is that this looks set to be a free demo of their upcoming RPG release, Code Vein.

This information was revealed as part of a new trailer for the game, which has a full release scheduled for the end of September.

It isn’t clear what gameplay will be available in the demo or how long it might last on PS4.

“Come into the world of Vein, explore the remnants of humanity and unleash your vampiric nature in the Code Vein demo, starting September 3 on PS4 and XB1,” a message from Bandai Namco reads.

The trailer gives a broad overview of the gameplay that will be available in Code Vein, including co-op mode.

And it would be interesting to see if the new demo included some kind of multiplayer experience.

For now, we will have to wait for more information on what will be part of this new PlayStation Store release.

Here’s more about the Code Vein story, which reads: “In the not too distant future, a mysterious disaster has brought collapse to the world as we know it.

“Towering skyscrapers, once symbols of prosperity, are now lifeless graves of humanity’s past pierced by the Thorns of Judgment. At the centre of the destruction lies a hidden society of Revenants called Vein.

“This final stronghold is where the remaining few fight to survive, blessed with Gifts of power in exchange for their memories and a thirst for blood. Give into the bloodlust fully and risk becoming one of the Lost, fiendish ghouls devoid of any remaining humanity.

“Wandering aimlessly in search of blood, the Lost will stop at nothing to satisfy their hunger.

“Team up and embark on a journey to the ends of hell to unlock your past and escape your living nightmare in CODE VEIN.”

The timing of the new demo means that it will be launching on the same day as the new PS Plus free games are released.

We still have no idea what they will be but we do know when this information will be shared by Sony.

The tech giant saves its big announcement until the last Wednesday of the month, meaning we will probably hear more next week.

As ever, these free games are available to PS4 console owners who have an active PS Plus subscription.

And they only remain available to download and play for as long as you have an active membership.

The full release of Code Vein is scheduled for September 27, with the new PS4 demo arriving on September 3.