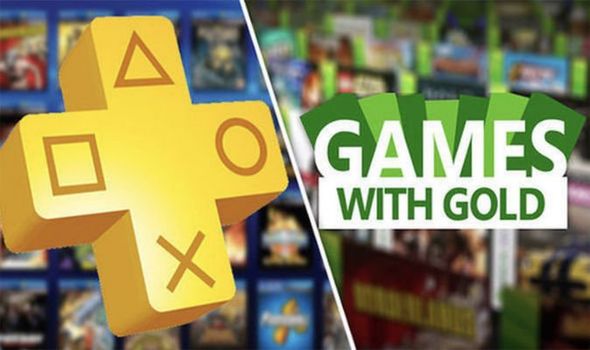 The March PS Plus and Xbox Games with Gold releases have been revealed by Sony and Microsoft, respectively.

The PS4 free games include the Shadow of the Colossus remake, and Sega platformer Sonic Forces. Unlike February, there’s no bonus PlayStation VR game.

Replacing the likes of BioShock: The Collection and The Sims 4, the new PlayStation Plus free games will be available to subscribers from March 3.

Xbox Live Gold subscribers, on the other hand, can download Batman: The Enemy Within – The Complete Season and Shantae: Half-Genie Hero for Xbox One.

That’s in addition to Castlevania: Lords of Shadow 2 and Sonic Generations on Xbox 360. Thanks to Backwards Compatibility, the Xbox 360 offerings can also be played on Xbox One.

Batman will be available between March 1 and March 31, while Shantae joins the service on March 16, where it will remain until April 15.

Lords of Shadow 2 joins Games with Gold from March 1 until midnight on March 15, followed by Sonic Generations from March 16 until the end of the month.

With the next wave of PS Plus and Xbox Games with Gold downloads about to join the service, now seems like a good time to once again pit Sony against Microsoft.

After months of PlayStation dominating Xbox, is March 2020 the time when Microsoft finally gains the upper hand over Sony?

With a score of 91% on Metacritic, Shadow of the Colossus is undoubtedly the best game available in March and arguably one of the best and most powerful games ever made.

A remake of the PS2 classic, the PS4 edition boats new and improved visuals, as well as a superior control scheme.

“One of the most highly acclaimed and beloved video games of all time, Shadow of the Colossus has been reborn for a new generation on PlayStation 4,” reads the official description.

“With improved visuals, enhanced performance and optional updated controls – the iconic PS2 adventure has been given a staggering makeover, and is now more breathtaking than ever before.”

Sonic Forces doesn’t fare quite so well on Metacritic, earning an average score of just 57% (although I personally quite like it).

Despite its flaws, it’s a big improvement on the truly terrible Sonic Boom: Rise of Lyric, which launched for the Nintendo Wii U back in 2014.

While none of the Games with Gold releases are a match for Shadow of the Colossus, the Xbox line-up is far more consistent.

Batman: The Enemy Within has a Metascore of 79% (on PC), while Shantae: Half-Genie Hero has a score of 80% on Metacritic.

“In this latest chapter from the award-winning studio behind Batman – The Telltale Series, both Bruce Wayne and Batman will be forced into precarious new roles,” reads the official Enemy Within description.

“The Riddler has returned to terrorise Gotham City, but his gruesome puzzles merely foreshadow an even greater crisis.”

Shantae, meanwhile, is described as a phenomenal 2D platformer with a great story and even better soundtrack.

“When a mysterious crime wave sweeps Sequin Land, it’s up to Half-Genie Hero Shantae to save the day!” reads the official description.

“Use Shantae’s devastating Hair-Whip Attack to send monsters flying, or Belly Dance to transform her into more powerful forms! Topple the masterminds behind each criminal caper and prepare for the ultimate showdown against Shantae’s arch nemesis – the bodacious buccaneer Risky Boots!”

This is a much closer battle than in previous months, which have been pretty one-sided for Sony.

While there’s no doubt that the best individual game is on PS Plus, it’s Xbox Games with Gold that provides the best overall package.

It’s worth remembering that Xbox Gold subscribers aren’t just getting Batman: The Enemy Within and Shantae: Half-Genie Hero, but they’re also getting Sonic Generations and Castlevania Lords of Shadow 2.

PS Plus subscribers certainly don’t have any reason to be disappointed with the March 2020 free games, but Xbox Gold members are getting better value for money.

Can Sony strike back in April 2020? Join us at the same time next month to find out.